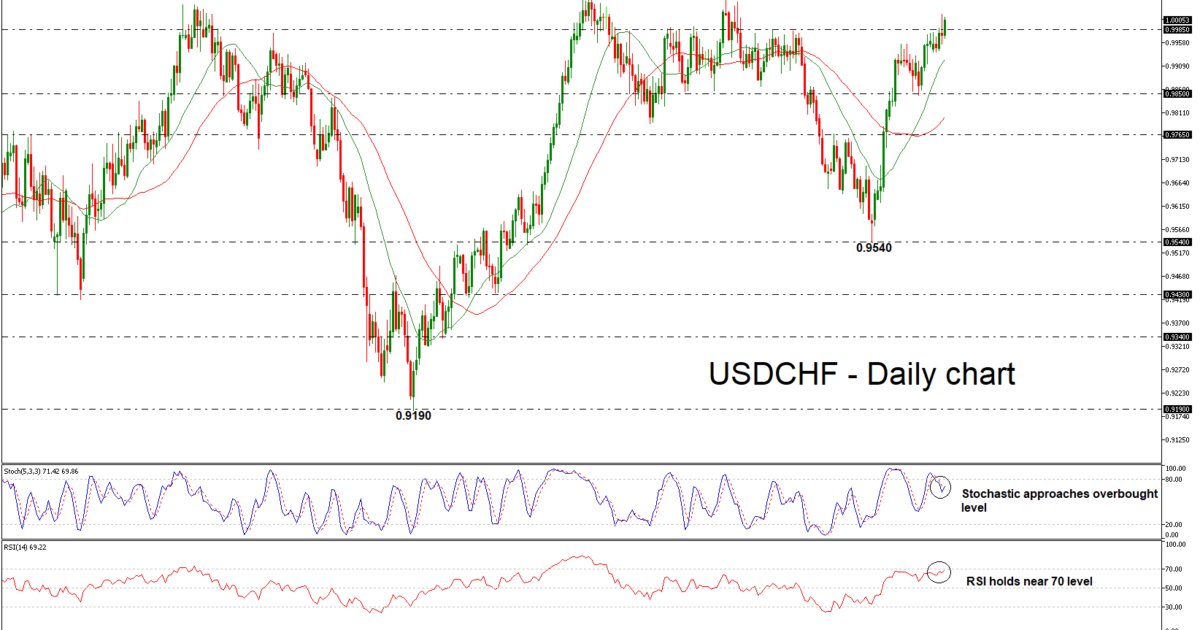 USD/CHF started a strong recovery after the bounce off the September 21 low of 0.9540, driving the pair towards a new three-month high of 1.0017 on Thursday. The pair has eased a bit from that peak but remains in a positive mode above the 0.9985 level.

Momentum indicators are pointing to a bullish bias in the short term with the RSI just below 70 and the stochastic oscillator approaching overbought territory. The %K line is attempting a bullish cross with the %D line of the stochastic, suggesting a sharp positive movement is nearing.

If given a move above yesterday’s peak of 1.0017, resistance may occur around the 1.0067 resistance barrier, achieved on July 13. A jump above this strong level would help price to post a new high near the 1.0165 level.

On the downside, immediate support could be taking place around 0.9850, but the price first needs to slip below the 20-day simple moving average (SMA). Not far below lies the 40-day SMA around 0.9800 at the time of writing. A downside violation is turning the focus to 0.9765, taken from the highs on September 4. Steeper losses would turn the attention to the zone around the 0.9540 level.

To conclude, the short- and medium-term timeframes seem to be mostly bullish, though they both currently appear relatively fragile. 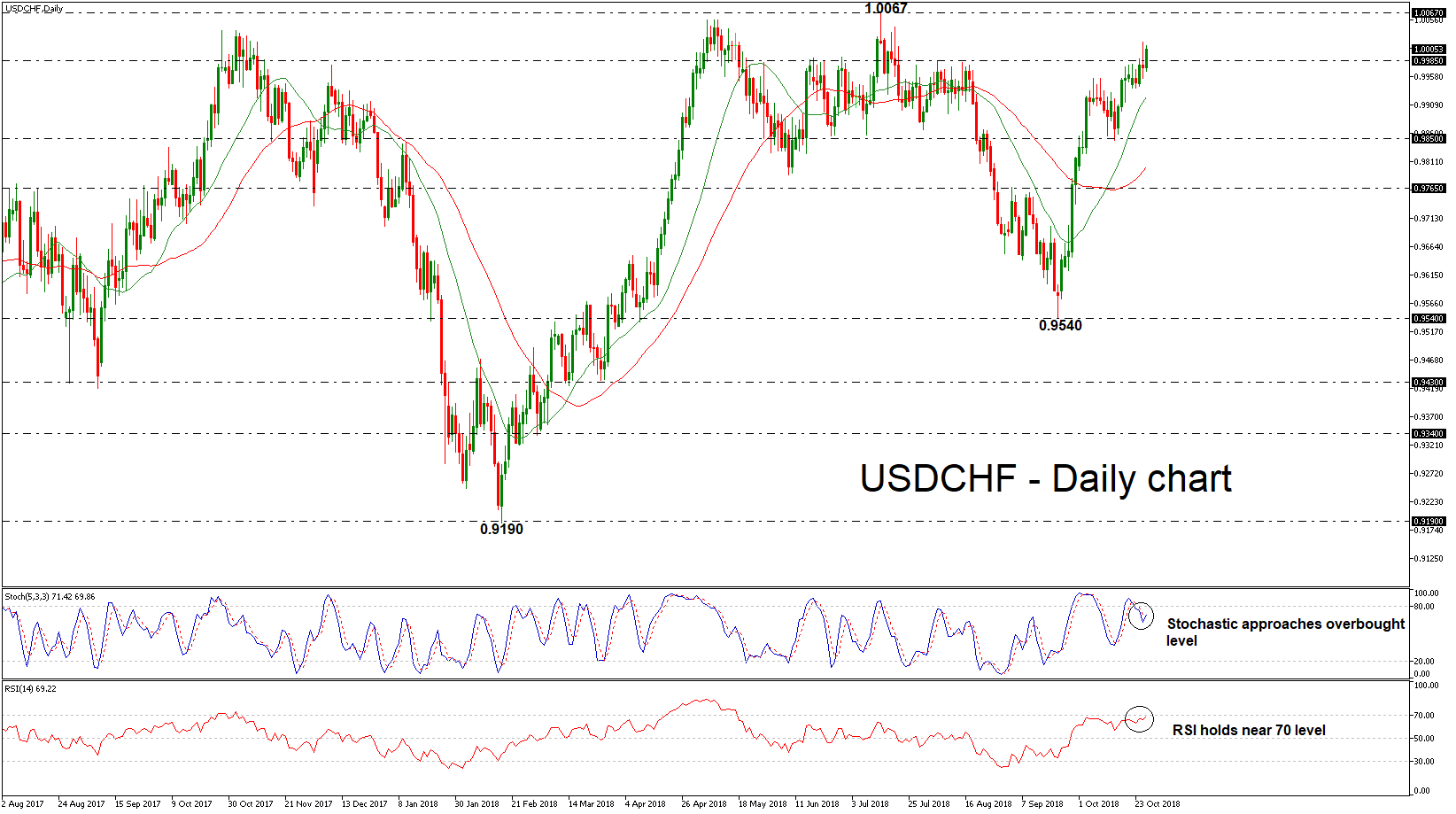 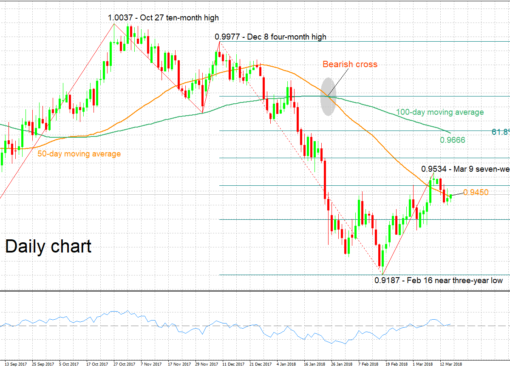 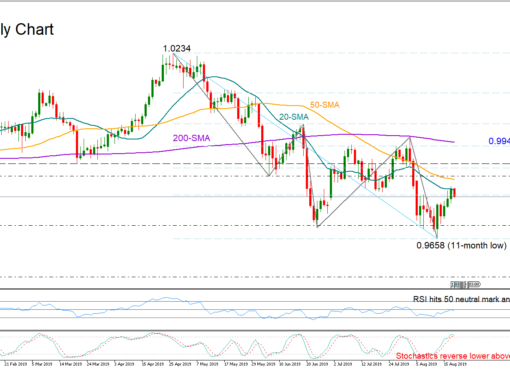 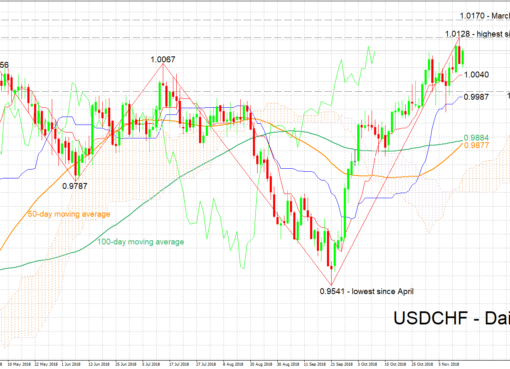