JP Morgan stock price has reversed back below the mid-level of the Bollinger Band and at the 50-day simple moving average (SMA). The price seems to be in a sideways channel with resistance the 119.24 level and support the 112.55 level in the short-term

Momentum indicators are pointing to a neutral bias in the short term with the RSI just below 50 and the stochastic oscillator also near neutral territory. However, the stochastics have reached a bearish cross with the %D line, suggesting a downside movement is nearing.

Further losses should see the September 28 low of 112.55 acting as a major support as this is also near the 200-day SMA and the lower Bollinger Band. A drop below the 200-day SMA, around 112.00, would create a bearish structure in the short-term and open the way towards the next key support level of 108.00.

In the event of an upside reversal and a jump above the 50-day SMA at 115.00, the price could hit again the upper Bollinger Band, which stands near the 119.24 high. A break above these barriers would shift the medium-term structure to a bullish one as it would take the price towards the next psychological levels of 120.00 and 121.00.

Looking at the medium-term outlook, the stock price has been standing in a trading range with upper boundary the 119.24 level and the lower boundary the 103.20 support level. The neutral outlook would change if the market surpasses this range or slips below it. 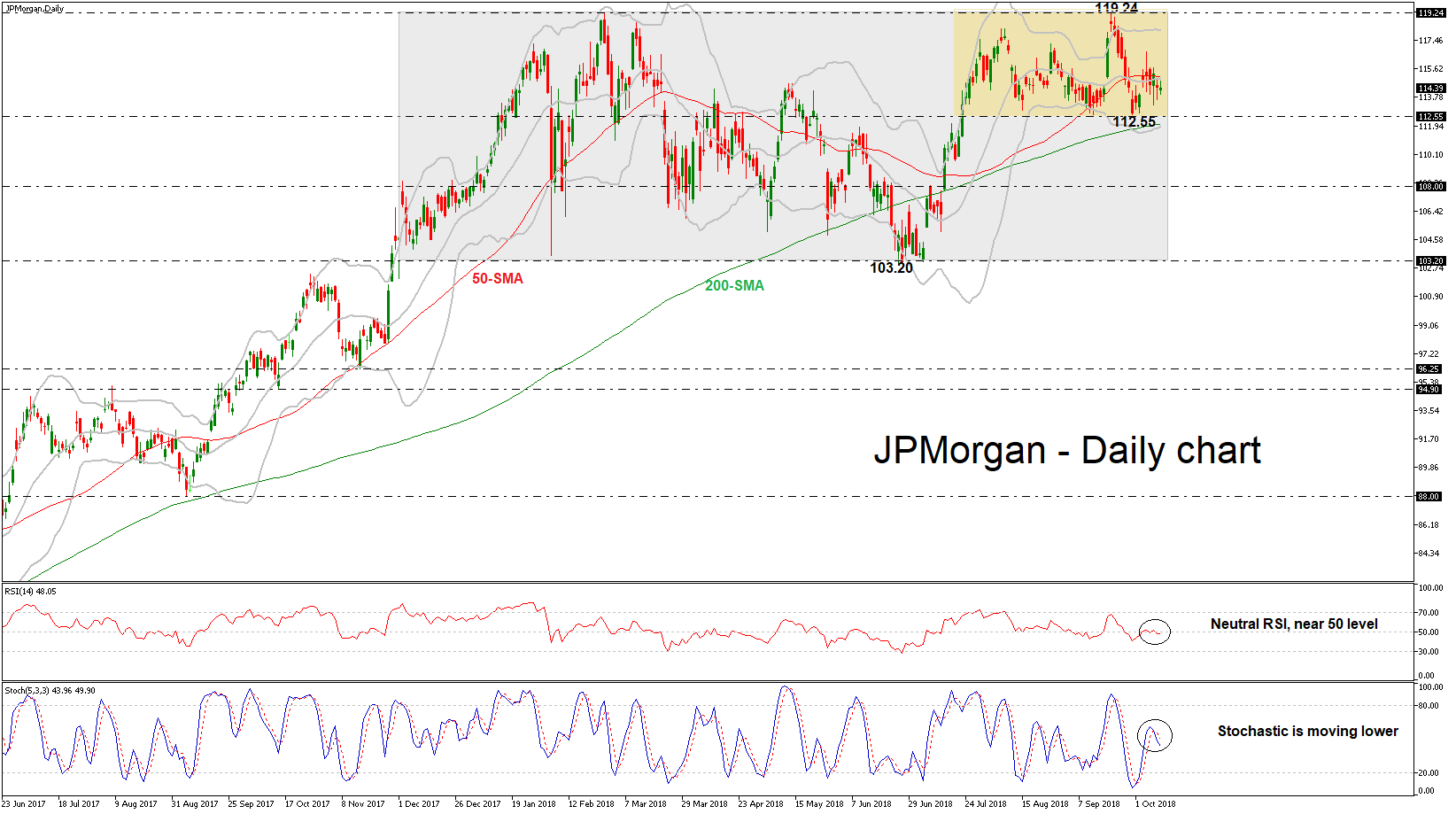