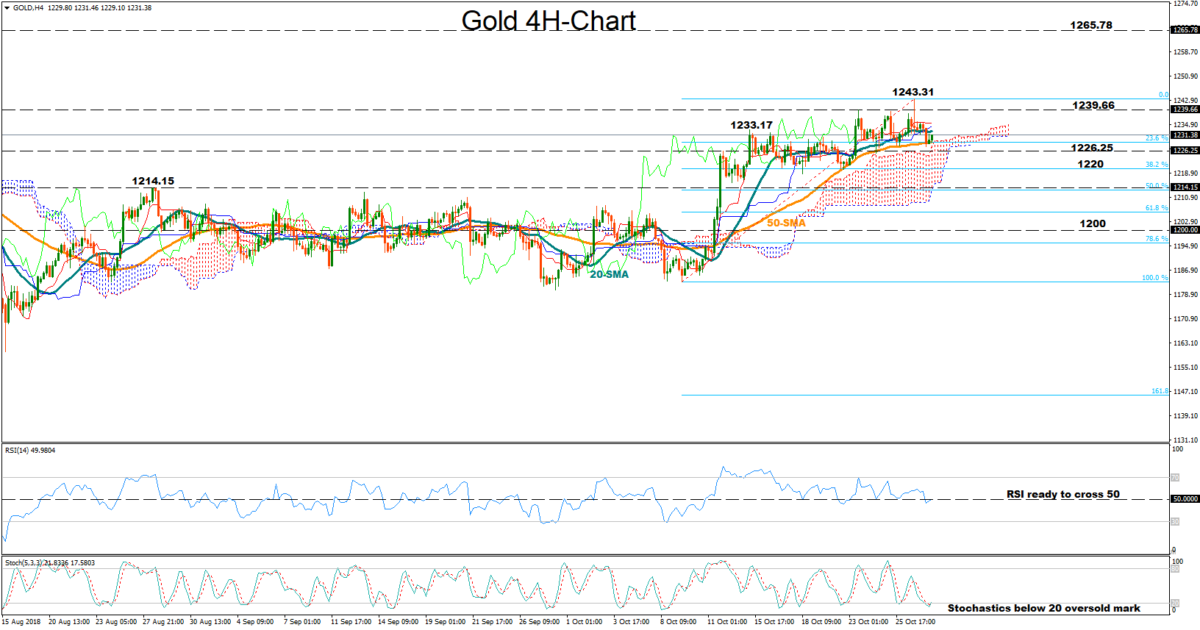 Gold is currently flirting with the 50-period moving average line in the four-hour chart after the pullback from the five-month high of 1243.31, a potential support area as the Stochastics are ready to post a bullish cross below 20 in oversold territory. The RSI though suggests that the market might trade in a range in the short-term as the indicator gains strength to cross back above 50.

A move higher and above October 15’s peak of 1233,17 would likely retest the area between 1239.66 and 1243.31. Should bulls overcome that region, the focus would probably turn to 1265.78 where upside movements paused in July and the 50% Fibonacci of the down-leg from 1365.11 to 1160 is located. Further up, the price might approach 1283 which acted both as support and resistance in the past, while if this fails to hold too, a stronger barrier is expected to come at 1300, the lower bound of the January-June range. 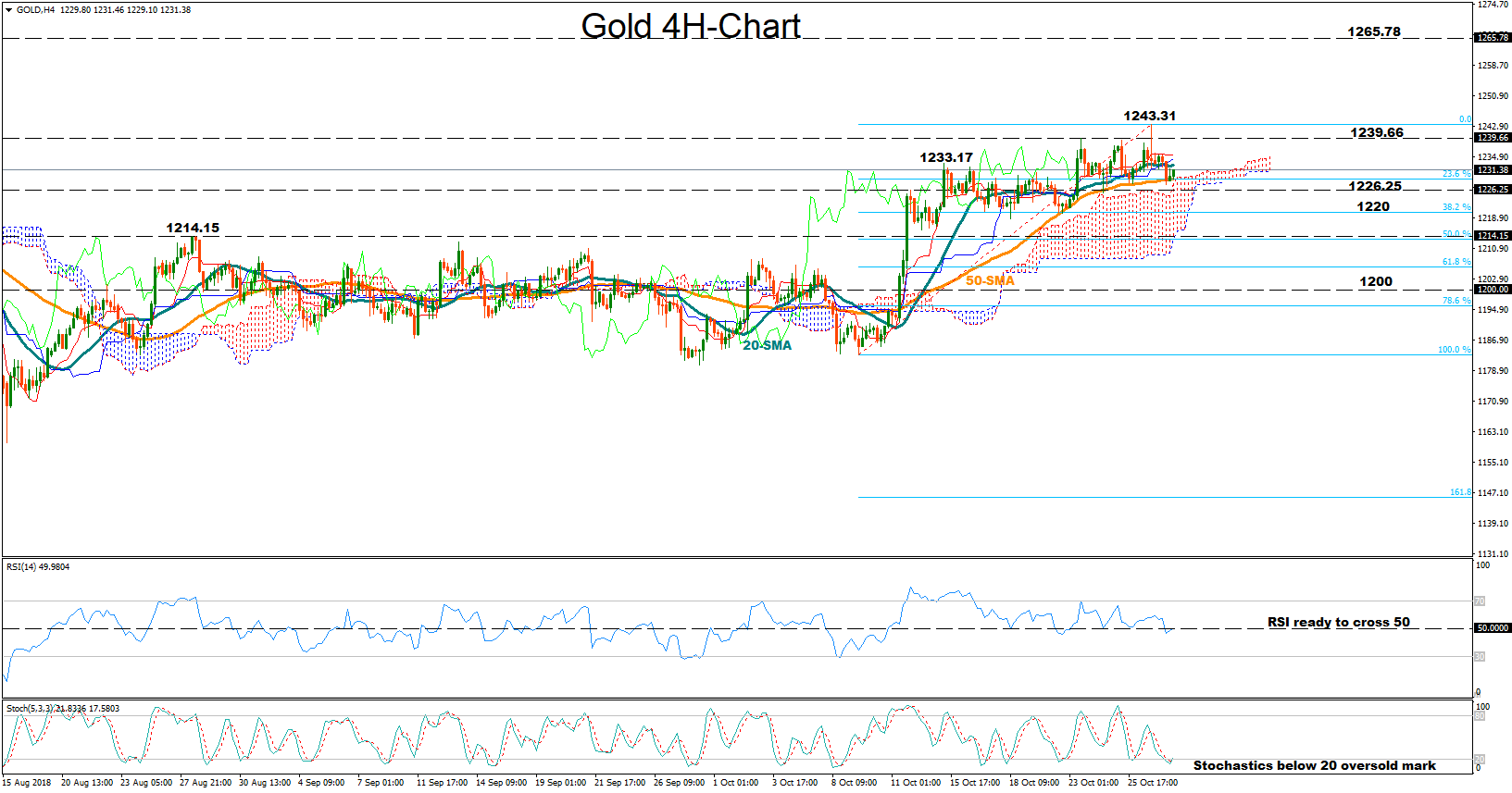 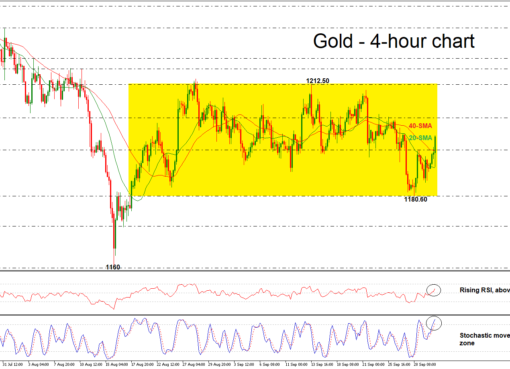 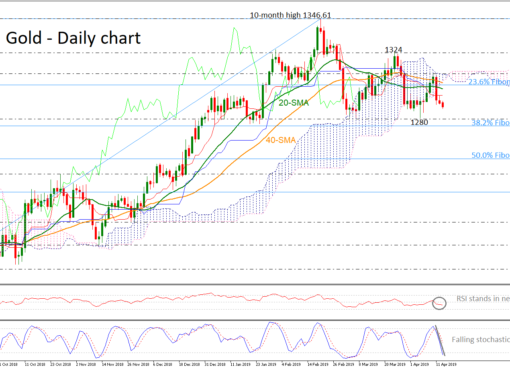 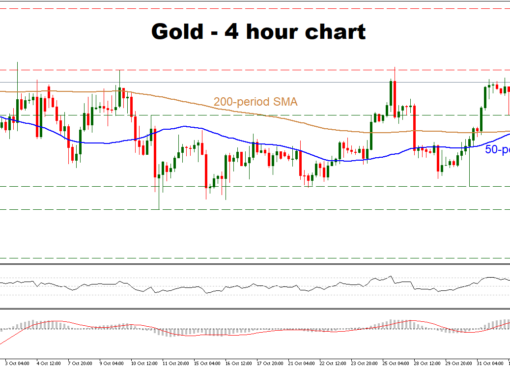 Technical Analysis – Gold approaches the upper boundary of a range