GBP/JPY has been edging higher over the last couple of sessions in the 4-hour chart, following the rebound on the one-month low of the 145.80 support level. The RSI indicator is confirming this movement as it is approaching the threshold of 50. Furthermore, the %K line of the stochastic oscillator created a bullish cross with the %D line in the oversold zone, which is a strong buying signal for traders.

The next resistances are coming from the 20- and then the 40-simple moving averages (SMA) at 147.33 and 147.55 respectively, but first the price needs to surpass the 146.50 strong resistance. The mentioned level is encapsulating by the 23.6% Fibonacci retracement level of the up-leg from 139.90 to 149.70. A successful leg above the aforementioned level would open the way towards the 147.80 resistance, taken from the latest highs on October 17. An even higher jump would ease the downside pressure and drive the pair until the 148.40 level, reached on October 16.

If there’s a failure of upside movements the market would return to losses and hit the support level at 145.80 near the 38.2% Fibonacci of 145.90. If the bears take charge and pull the pair below it, the 50.0% Fibonacci of 144.75 would be the next level for investors to have in mind.

Overall, GBP/JPY remains below the 20- and 40-simple moving averages (SMA) in the 4-hour chart and a climb above these lines could confirm the scenario for short-term upside tendency. 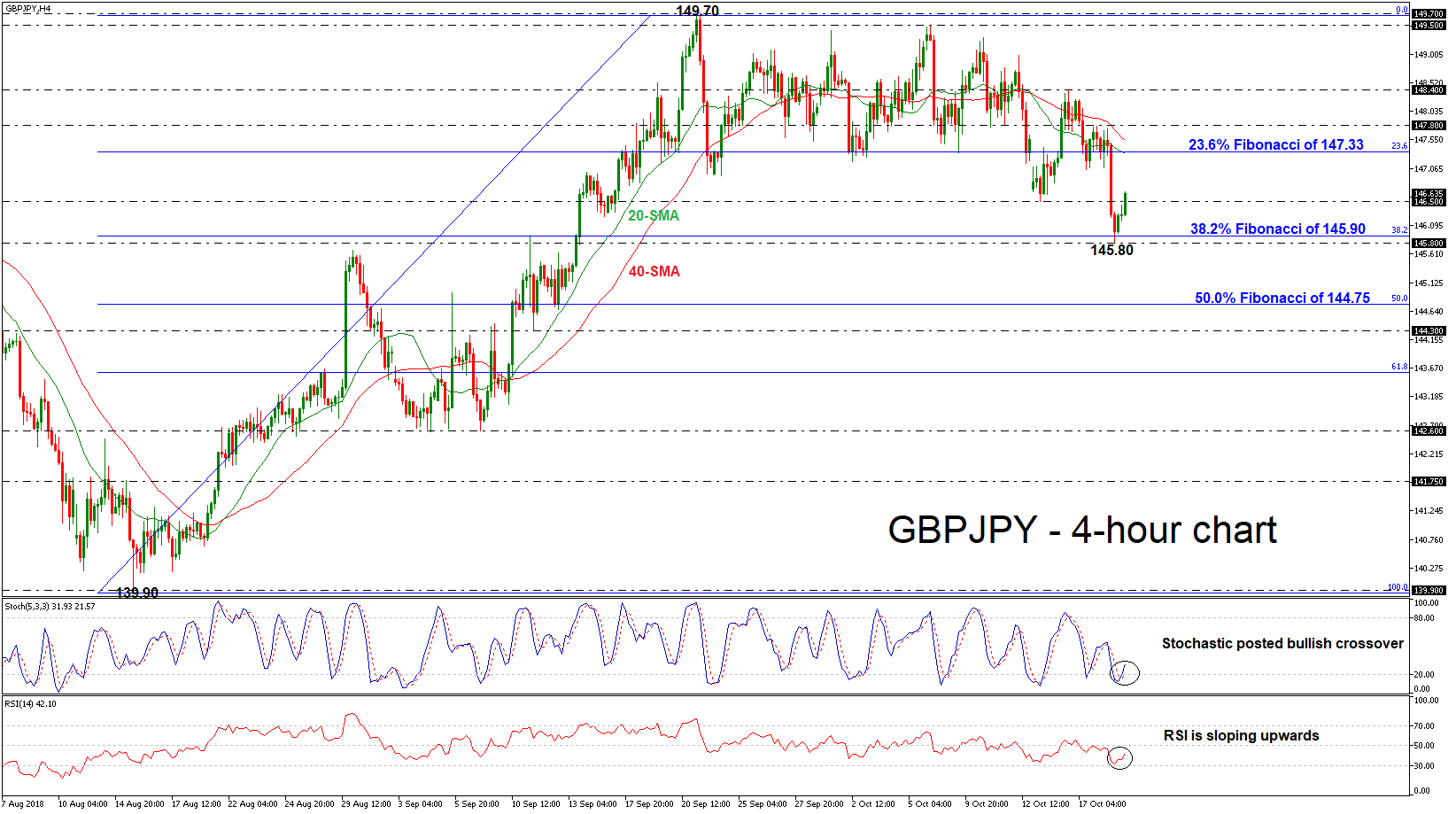