EUR/JPY edges lower over the last couple of hours, sliding below the 20- and 40-simple moving averages’ (SMA) bearish crossover. The upside momentum appears to have run out of steam as prices have been attempting and failing to close above the 133.10 high in the previous days. The negative bias is further supported by the RSI, which has flattened in the negative zone, while the stochastic oscillator is moving lower.

On the other side, if the price tries to gain some ground, it would challenge the 40-SMA near 132.05. The next resistance level is coming from the 132.45 resistance level, taken from the latest highs. Above this level, the next target stands near the 133.10 level, identified by the peak on September 26.

Looking at the near-term picture, EUR/JPY has been trading within an upward sloping channel since August 15, after the pullback on the 124.90 level. 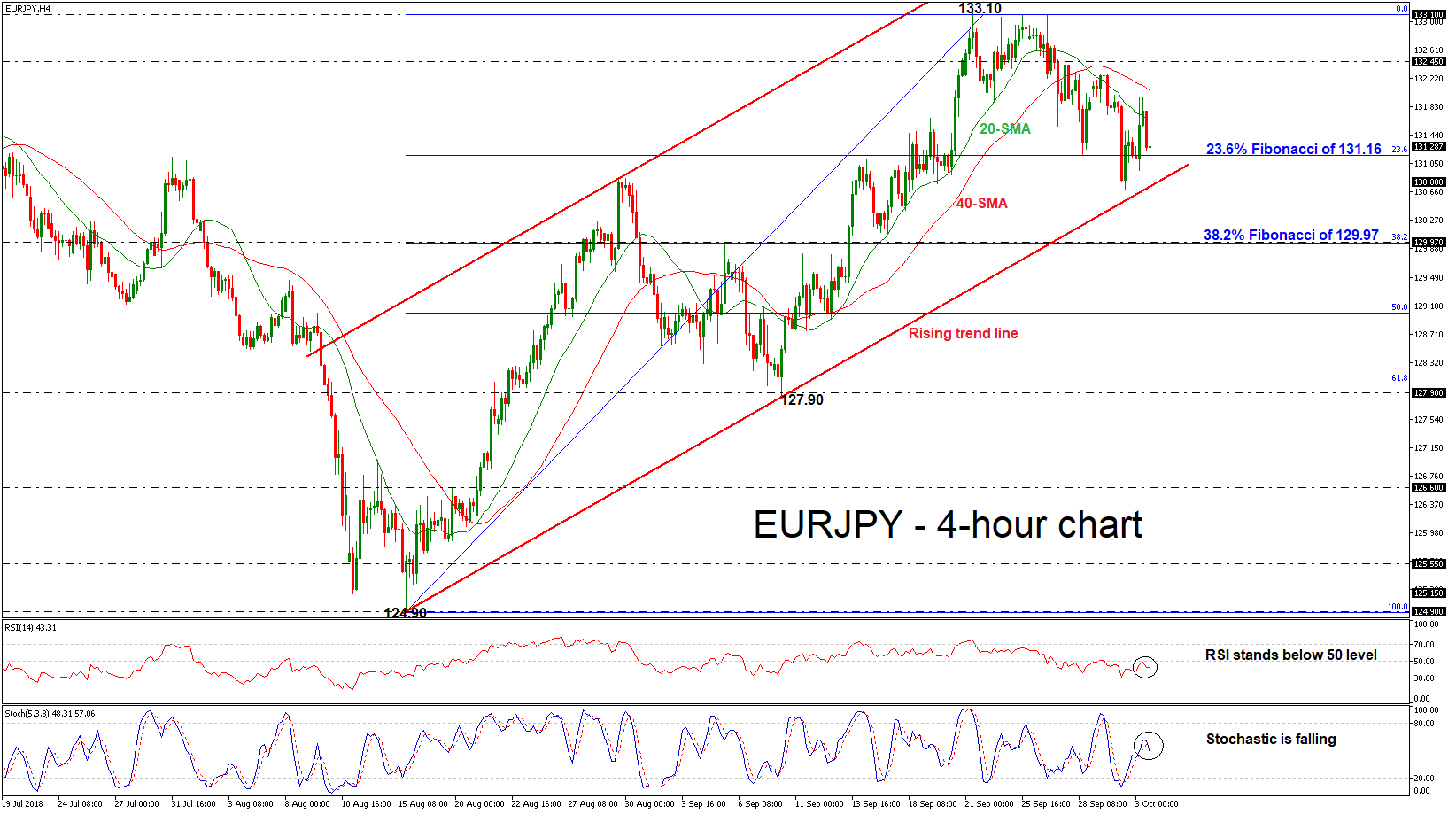