After a deep fall towards the two-month low of 6029.42 last Thursday, BTC/USD managed to show a recovery only on Monday, posting a spectacular rally to climb as high as 6717, the highest since September 28. The market could see further improvement as the RSI fluctuates in bullish territory above 50 and the MACD strengthens to the upside and above its red signal line, through consolidation cannot be ruled out as the former holds around its 50 neutral level and the latter stands around zero.

On the upside, the price may pause around the 61.8% Fibonacci of the down-leg from 6759 to 6029.42, near 6481. The bottom of the Ichimoku cloud is also located close to this area giving some importance to this resistance. Moving higher the 6551.44- 6623.62 zone marked by the peaks on September 14 and October 10 may come under the radar before bullish actions pick up steam towards yesterday’s top of 6717. Should bulls overcome the 6759 level, positive momentum could pick up speed.

On the flip side, if bearish forces dominate, the price could fall until the 38.2% Fibonacci of 6307.63, which provided some resistance back in September. Lower than that, attention would immediately shift to the 23.6% Fibonacci of 6201.36 where the price stalled the past couple of days. If that proves a weak obstacle too, support could be next found between 6118 and 6029.42. 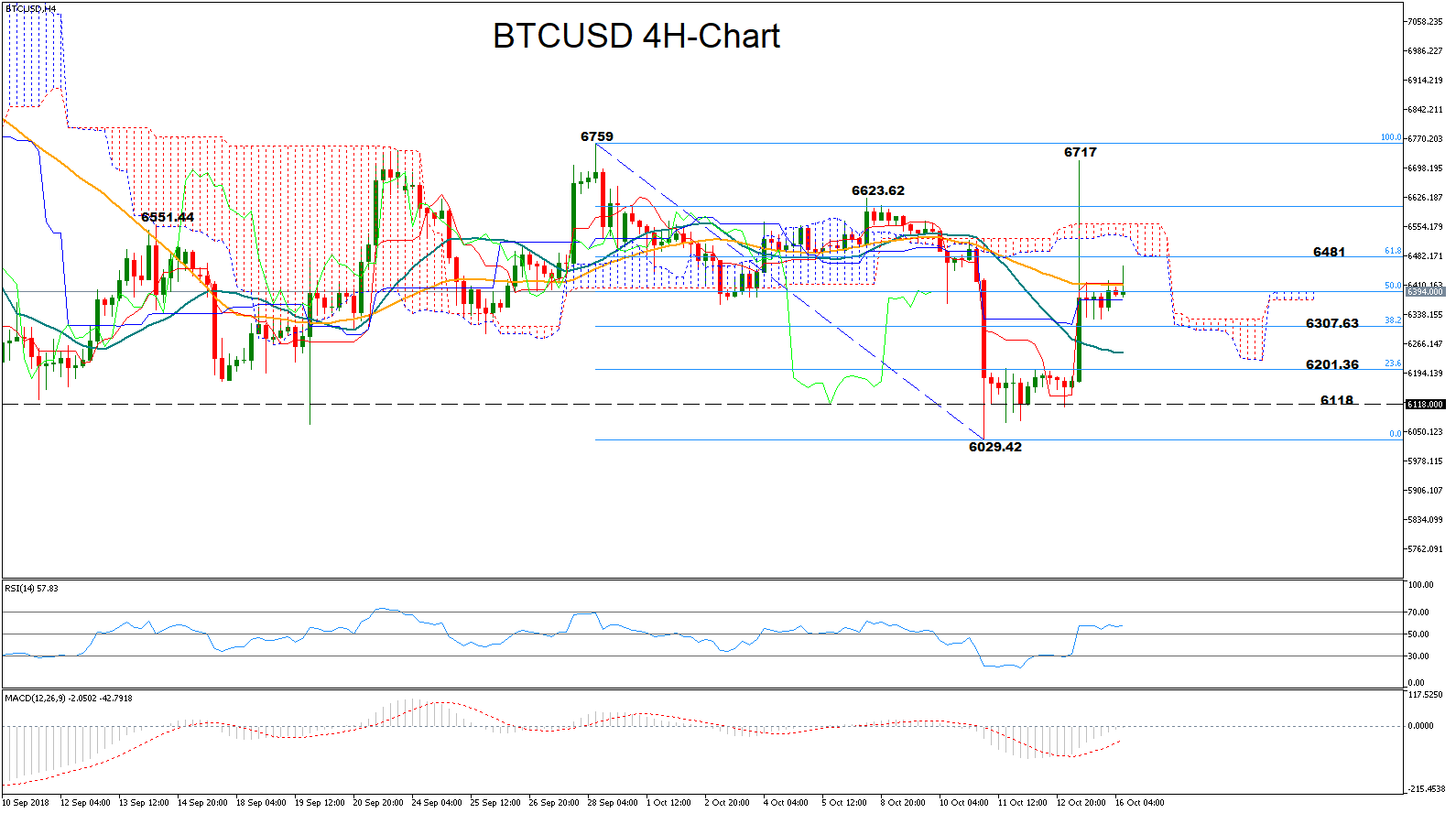