USD/CHF looking bearish in the short and medium-term.

The Tenkan- and Kijun-sen lines are negatively aligned in support of a bearish short-term bias for the pair.

The medium-term picture is looking bearish, with price action taking place below the 50- and 100-day (simple) moving average lines, as well as below the Ichimoku cloud. Overall, trading activity is confirming the negative medium-term signal given by the bearish cross recorded in early September when the 50-day MA moved below the 100-day one.

To sum up, both the short- and medium-term outlooks are looking predominantly negative at the moment. 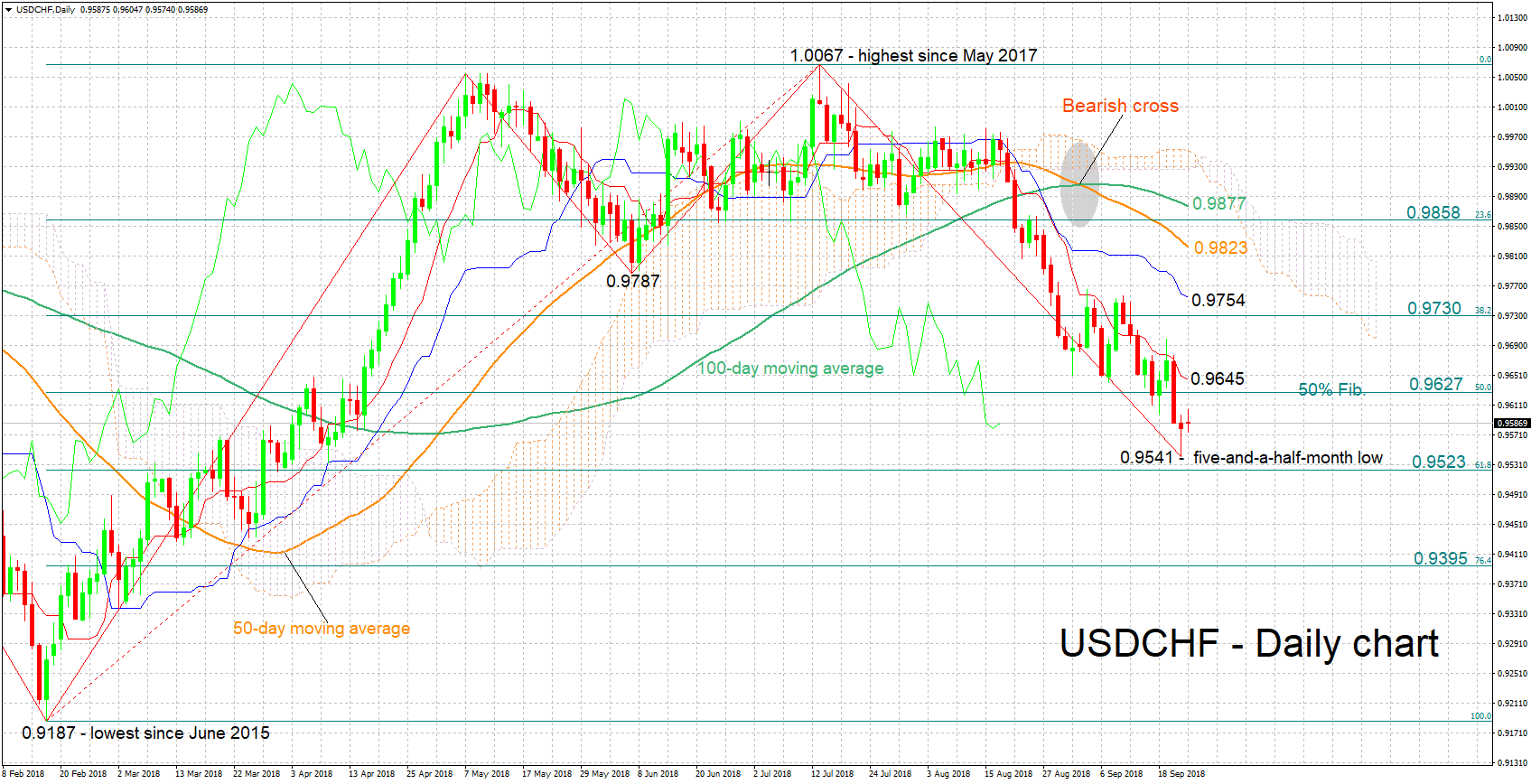