Google stock retreats sharply in the near-term; bullish outlook in the long-term.

Google stock price has reversed to the downside, completing the fourth negative daily session in a row. The price slipped below the 50-day simple moving average (SMA) indicating that the bears could take the charge. Regarding the technical indicators, the sharp downside movement has driven them lower. The RSI indicator has dropped below the 50 level, while the MACD oscillator is struggling near the zero line in the daily timeframe.

Currently, the price stands slightly above the 23.6% Fibonacci retracement level of the up-leg from 900 to 1270, near 1186, so a successful leg below this level could increase bearish pressure until the 38.2% Fibonacci mark of 1230. Steeper declines could also touch the 200-day SMA at 1110 at the time of writing.

On the opposite side, if the stock strengthens and climbs above the 50-day SMA at 1254, it could provide immediate resistance ahead of the 1270 peak reached on July 26.

To summarise, Google looks strongly bullish in the long-term timeframe, while in the short-term the picture is seen bearish as the price dipped below 50-day SMA. 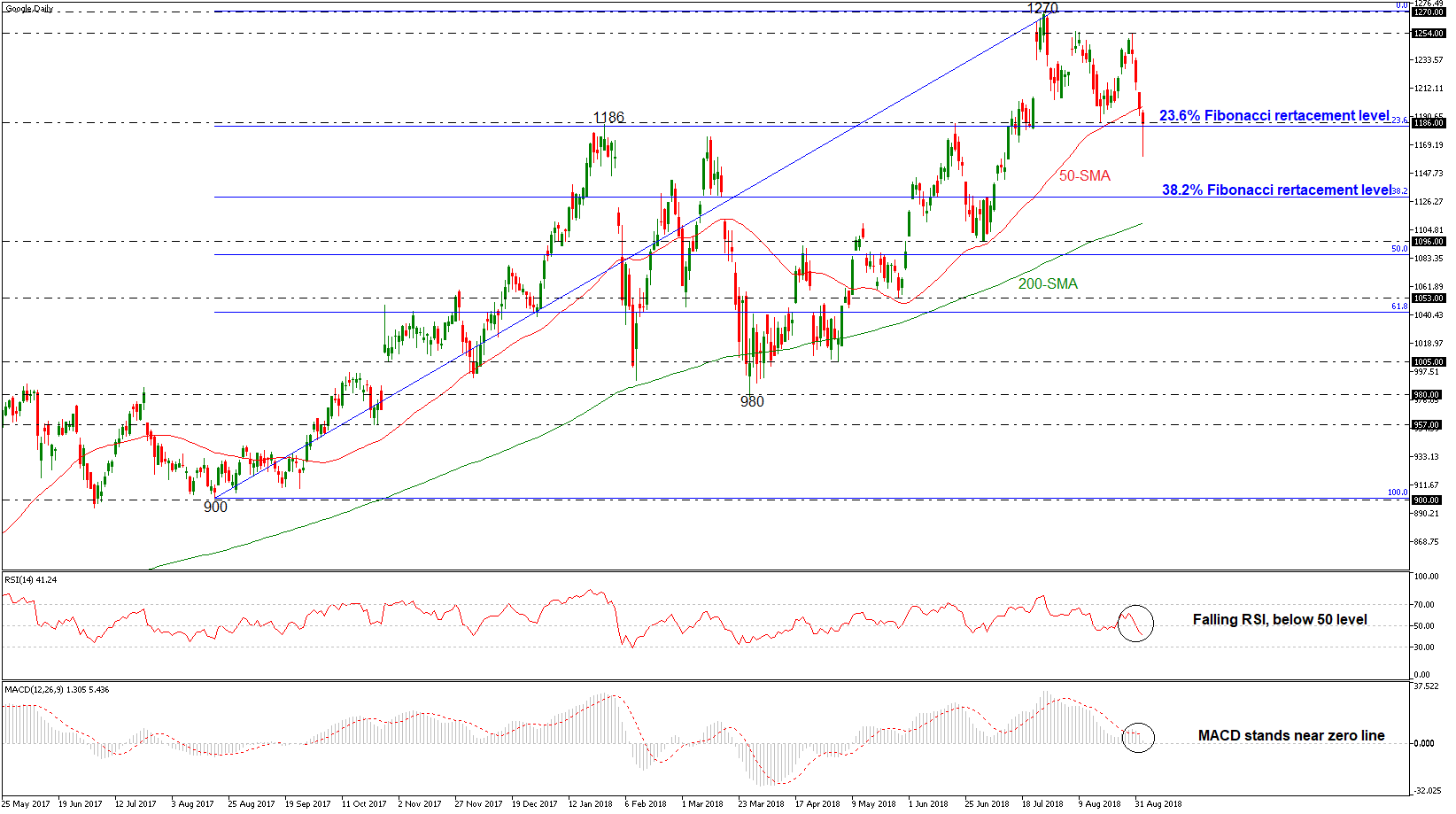