Gold still trades below the 20- and 40-period simple moving averages (SMA) on the 4-hour chart, however, it was moving higher during the last couple of candles. The market appears to be largely in a neutral mode after the fall below the 1214.15 level. Notice that the RSI is mostly moving sideways below the 50 level, while the %K line of the stochastic oscillator posted a bullish crossover with the %D line in the oversold zone, indicating more advances. Though, the MACD remains below both its trigger and zero lines.

If price action jumps above the SMA, there is scope to test the 1208.45 resistance level, taken from the latest high. Clearing this key level could see additional gains towards the 1214.15 – 1217 resistance zone, identified by the peaks on August 28.

On the flipside, if the precious metal dips below the 1187.55 key level, then the focus would shift towards the 1183 support hurdle, identified by the low on August 24. If this level is breached too, it would increase downside pressure and may bring about a continuation of the bearish tendency. From there, the metal would be on the path towards the 1172 low.

To conclude, despite the neutral short-term bias, in the bigger picture the price has been developing in bearish mode since the pullback on the 1365 resistance barrier. 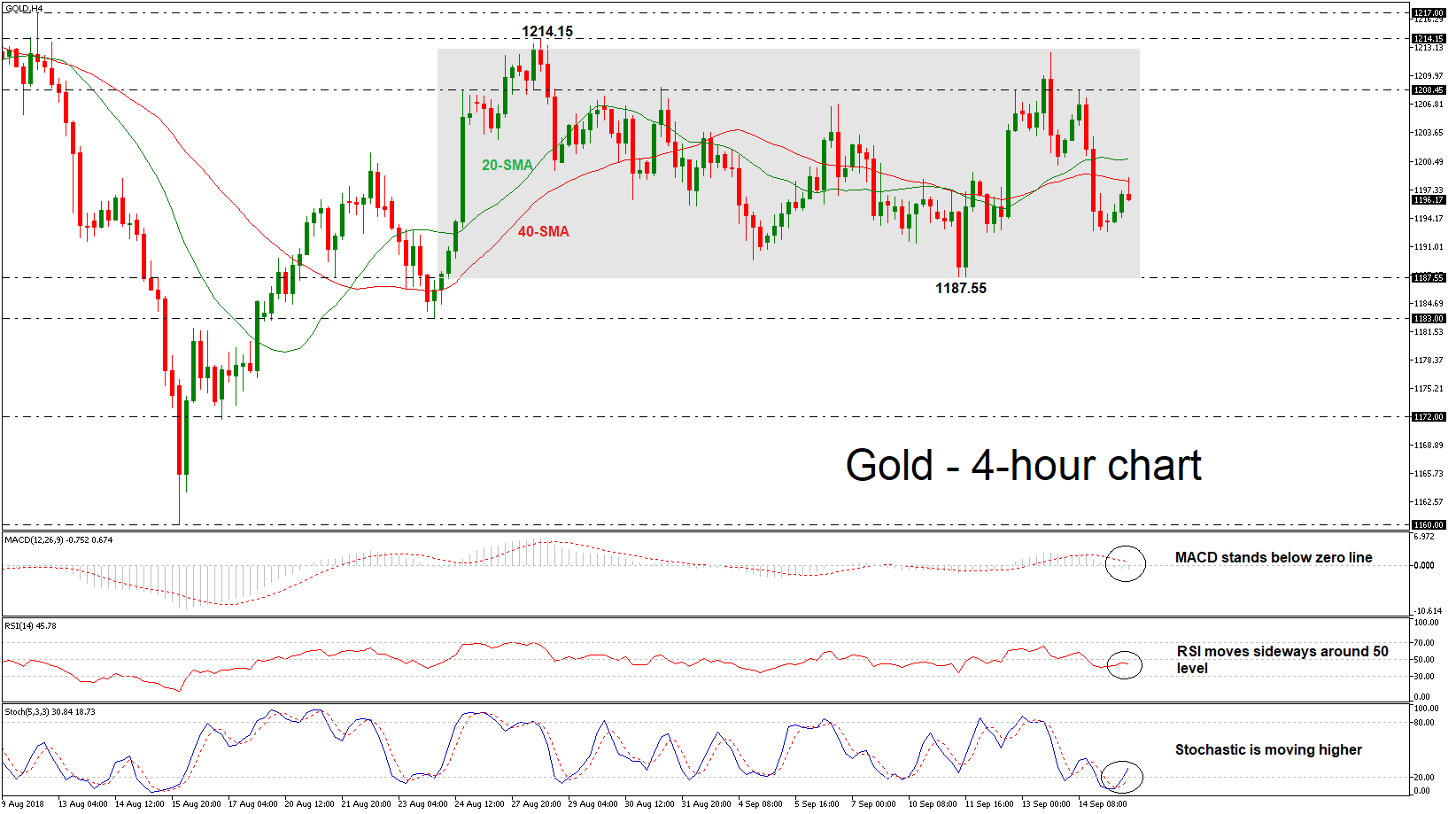