AUD/USD has been making lower highs and lower lows since the end of January when it touched the 0.8135 resistance level. On Tuesday, the pair recorded a fresh more than the two-and-a-half-year low of 0.7084, while price action is at the moment taking place not far above this trough. The technical indicators, though, continue to send bearish signals, suggesting that the softness in the market is not over yet.

In the daily timeframe, the RSI indicator is standing below the threshold of 50 and is approaching the 30 level, while the MACD oscillator is strengthening its negative momentum below the trigger and zero lines. Both are confirming the medium-term and short-term bearish structure.

Should prices decline further, immediate support could be found around the 0.7000 strong psychological level, an area that was tested before on February 2016. Then a leg below that level, the pair could meet the 0.6826 level, taken from the low on January 2016, which is a significant level as the price posted a rebound.

However, if the market manages to pick up speed, the 0.7155 level could offer nearby resistance ahead of the 20-day simple moving average (SMA) at 0.7240. A jump above these levels could re-challenge the medium-term descending trend line near the 40-SMA at 0.7300. A close above this line would raise chances for further increases towards the 0.7380 resistance, shifting the bearish outlook to a more neutral one.

In the medium-term, the outlook remains negative since prices hold below all the moving average lines, creating a strong sell-off rally. 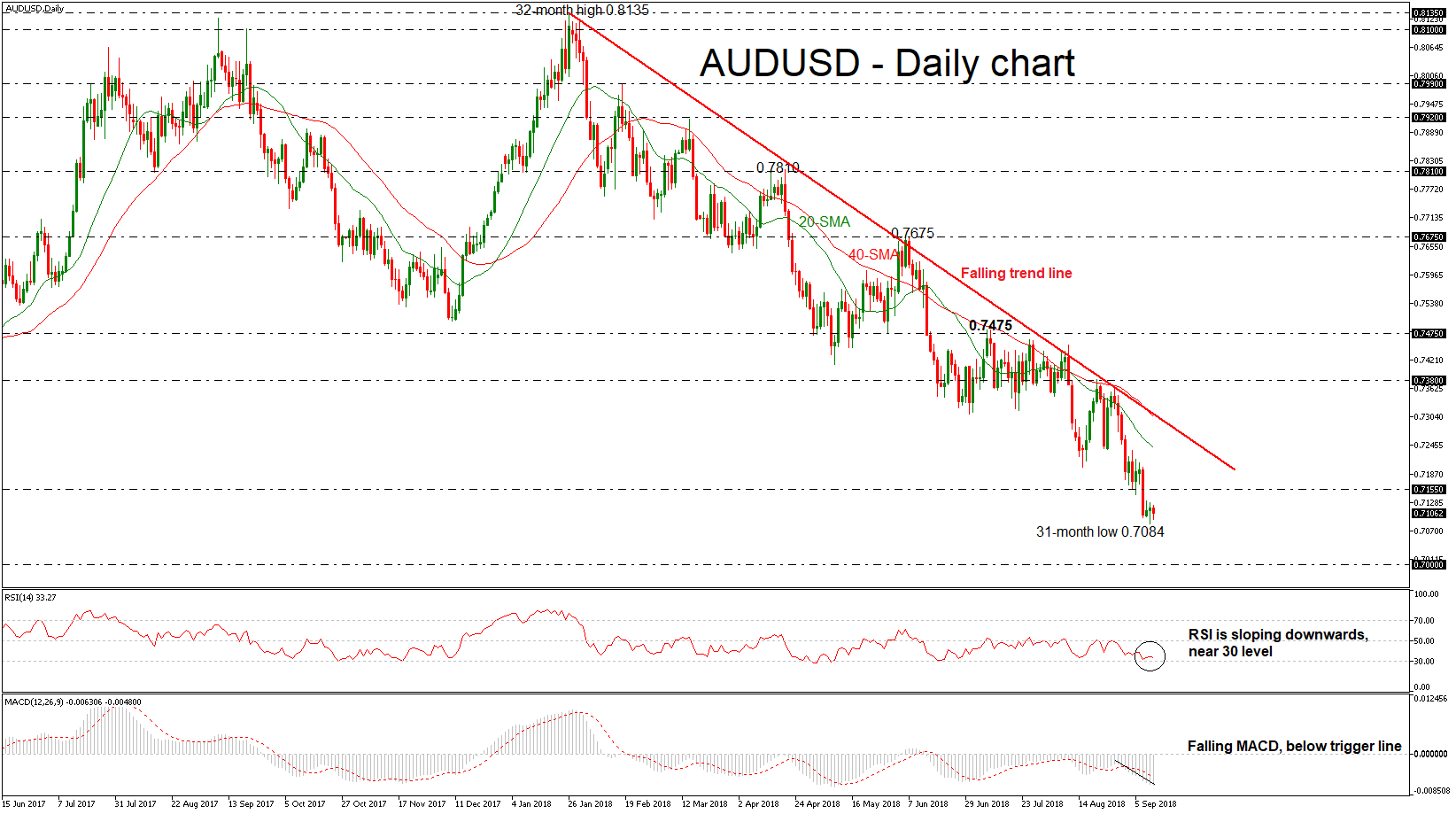