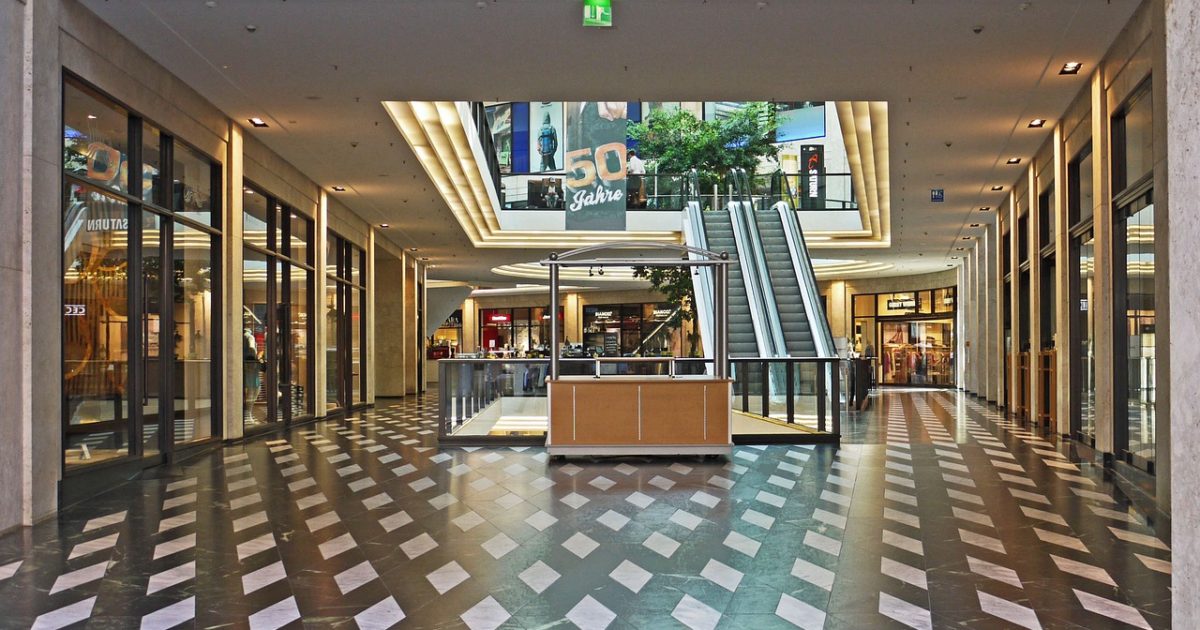 The US will see the release of retail sales figures for July on Wednesday, at 1230 GMT. Forecasts suggest that retail sales rose yet again, albeit at a slower pace than in the previous month. Nonetheless, another positive print could enhance the narrative that the US economy remains on a healthy track and thus, spell more good news for the dollar.

The US economy had been firing on all cylinders in the quarter to June, with the preliminary estimate of GDP growth clocking in at a robust 4.1% annualised pace. Many pundits, though, suggest that the strong Q2 print was boosted mainly by one-off factors that are likely to dissipate moving forward. Hence, investors will be eager to see whether or not the US economy entered Q3 on a strong footing, by turning their gaze to the release of retail sales data on Wednesday. Recall that consumer spending accounts for roughly two-thirds of the US economy, thus constituting the largest component of GDP by far. 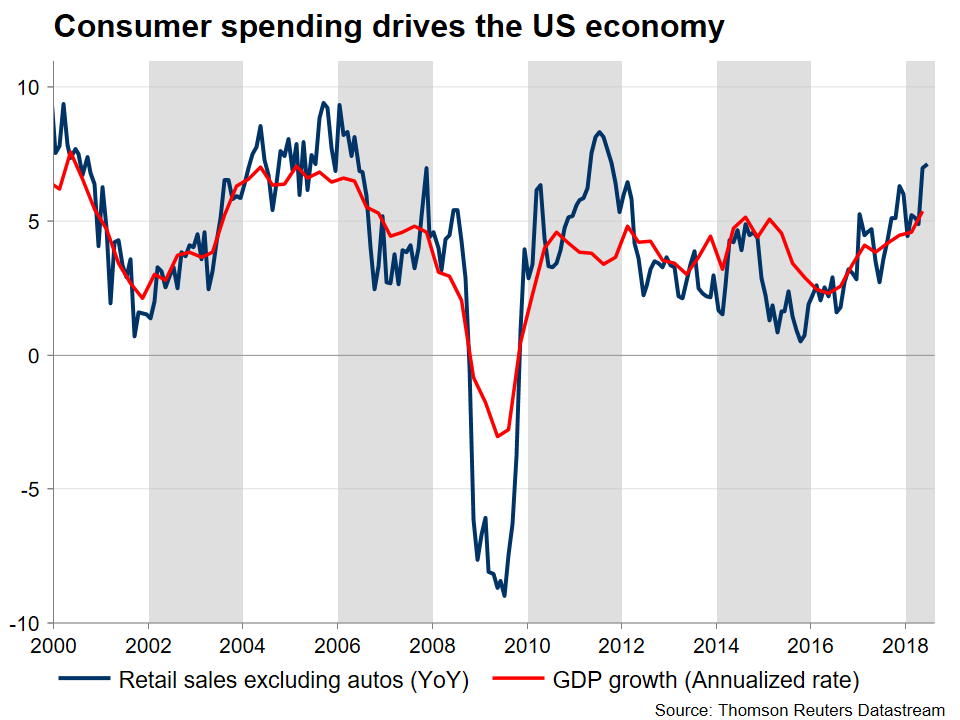 In July, retail sales are forecast to have risen by 0.1% on a monthly basis, slower than the 0.5% recorded in June but still constitute a somewhat decent print considering that these numbers tend to be highly volatile and oftentimes drop into the negative. Core retail sales, this being the measure that excludes automobiles, and which more closely aligns with the consumer spending component of GDP, are projected to have risen by a healthier 0.3% in monthly terms following a 0.4% gain previously.

In another sign that US consumer spending remains firm, the National Retail Federation raised its US retail sales forecast for the entire of 2018 earlier this week, citing higher wages, a strong labour market, and gains in disposable income. That said, a key risk surrounding spending moving forward are the recently-imposed US tariffs. If firms pass those costs onto consumers, the increase in prices could slow down sales. Particularly if the Trump administration moves forward with the additional levies on $200bn of Chinese goods it recently threatened.

Strong retail sales prints, which play into the narrative that the US economy remains robust and hence amplify expectations for two more Fed rate hikes this year, could boost the dollar. At the time of writing, investors have fully priced in one more 25bps by the Fed over the remainder of the year, and also see a 65% probability for a second one, according to the Fed funds futures.

Technically, looking at USD/JPY, immediate resistance to advances may come near the pair’s 200-period moving average on the 4-hour chart, located at 111.35. An upside break of that zone could open the way for the August 1 peak of 112.15 before the multi-month high of 113.16 comes into view.

Conversely, in case of a disappointment that scales back market expectations for two more Fed hikes by year-end, initial support to declines could be found around the 110.60 zone, which halted the pair’s decline on July 26. Even lower, the round figure of 110.00 may attract attention ahead of the 109.35 level, this being the low of June 25.

Finally, note that besides economic data, the dollar is likely to also stay responsive to any developments in the US-China trade saga, as well as the crisis in Turkey and the potential for contagion elsewhere. The greenback has gained lately on the back of such concerns, under the view that the US economy is probably better prepared than most of its peers to weather any storm in trade wars or the markets. Hence, further intensification in such worries may prove positive for the dollar, and vice versa. 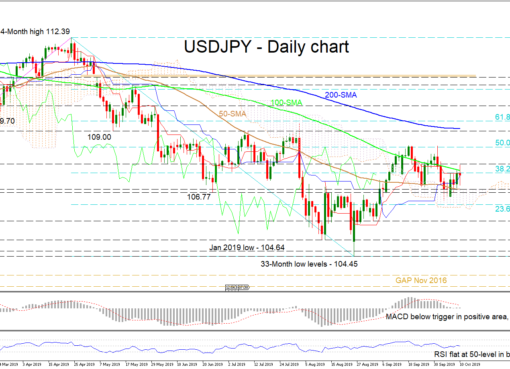 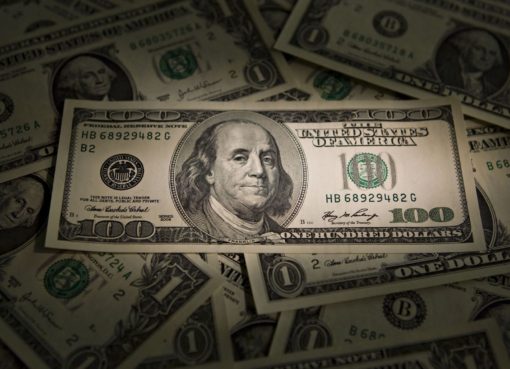 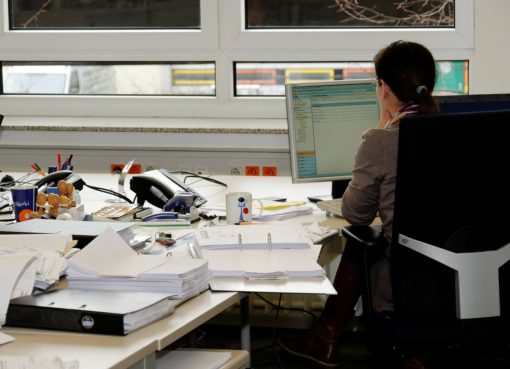