NZD/USD paused its steep downfall at the 2 ½-year low of 0.6543 on Wednesday, reversing higher to recover losses made earlier this week. The RSI in the 4-hour chart stretched to the upside as well and is set to test its neutral 50 level for the first time in 8 days after dropping below 30 in oversold territory. While this increases the chances for further recovery, the fast stochastics suggest that negative corrections are not unlikely as the green %K line is looking on track to break below the red %D line in overbought territory.

If bearish pressures dominate, the price could touch the bottom created around 0.6543, where a leg lower could look for support around the 0.6500 psychological level, bringing the downtrend from 0.6849 back into play. Steeper declines could also meet support at 0.6455, a previous resistance area in September 2015. 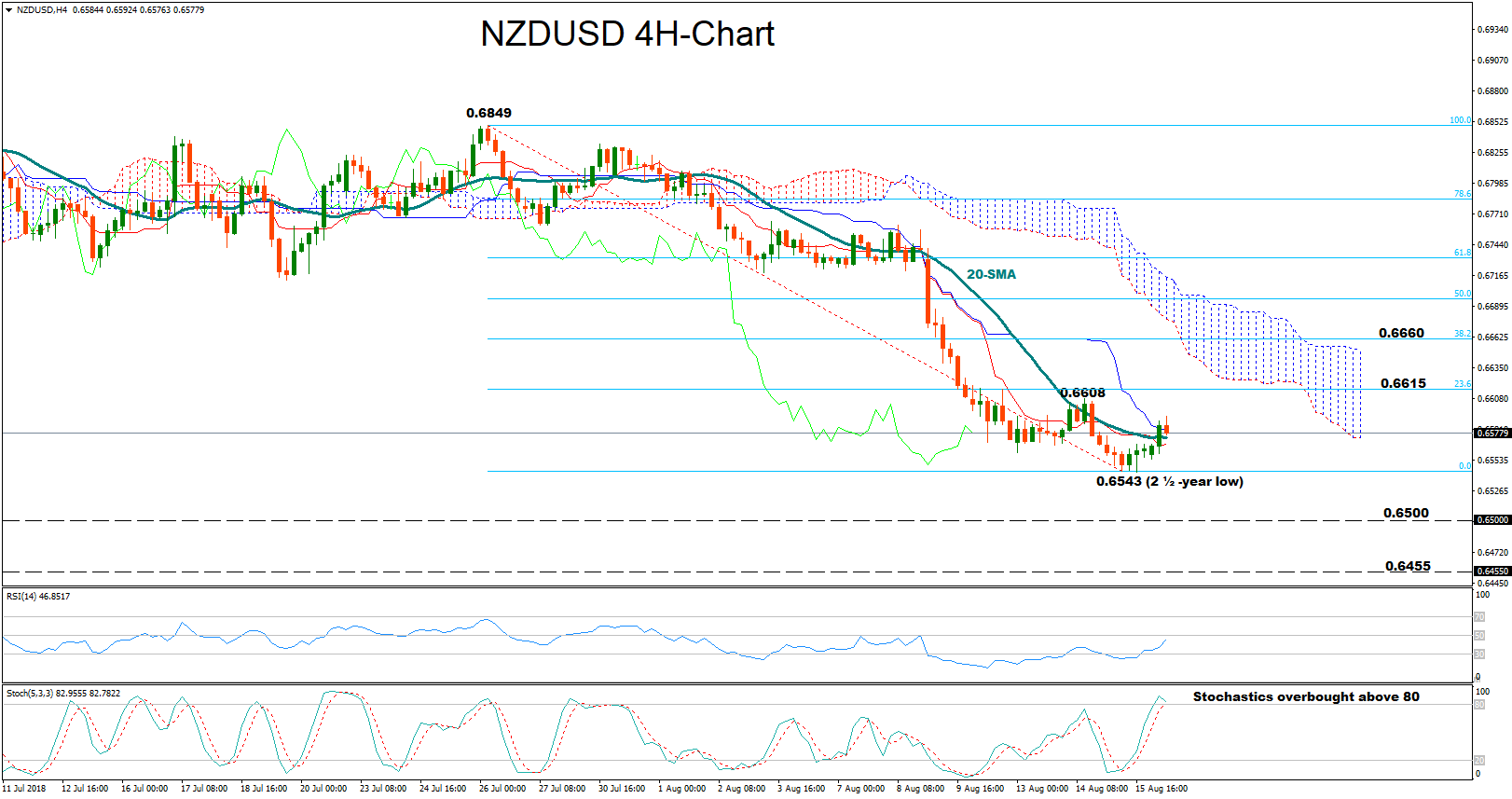