GBP/USD neutral in the short-term but still bearish in the medium-term.

GBP/USD has been moving sideways since the soft rebound on the 14-month low of 1.2660 on August 15, unable to fully recover losses made earlier this month. In the short-term, the market could maintain consolidation if the RSI keeps moving around 50 and the red Tenkan-sen line, as well as the blue Kijun-Sen line, hold flat. Regarding the trend, this is likely to remain on the downside in the near-term as the 20-day simple moving average (SMA) continues to lose strength below the 50-day SMA.

On the other hand, if the pair weakens, the red Tenkan-Sen line which hovers around 1.2800 could provide immediate support ahead of the 1.2773 trough reached in August 2017. Even lower, the 1.2660 could attract a greater attention as any leg lower could worsen market’s bearish outlook, opening the way towards the 1.2560-1.2600 support area.

Regarding the medium-term picture, the bearish sentiment deteriorated after the downfall towards 1.2660 and only a move above 1.3200 could now help the market to return to neutrality.

To summarise, GBP/USD looks neutral in the short-term, while in the medium-term the picture is seen bearish unless the price breaks above 1.3200. 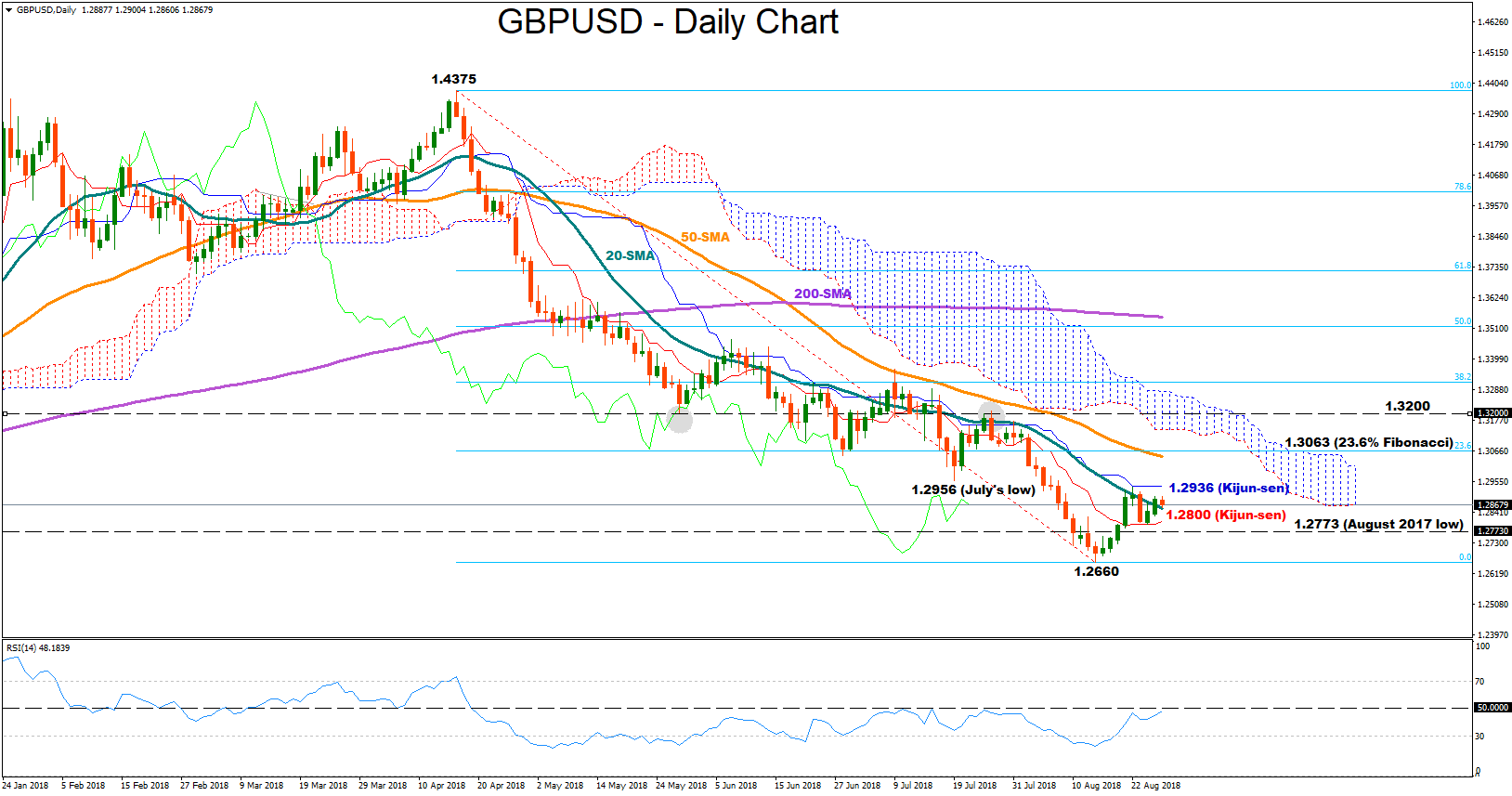