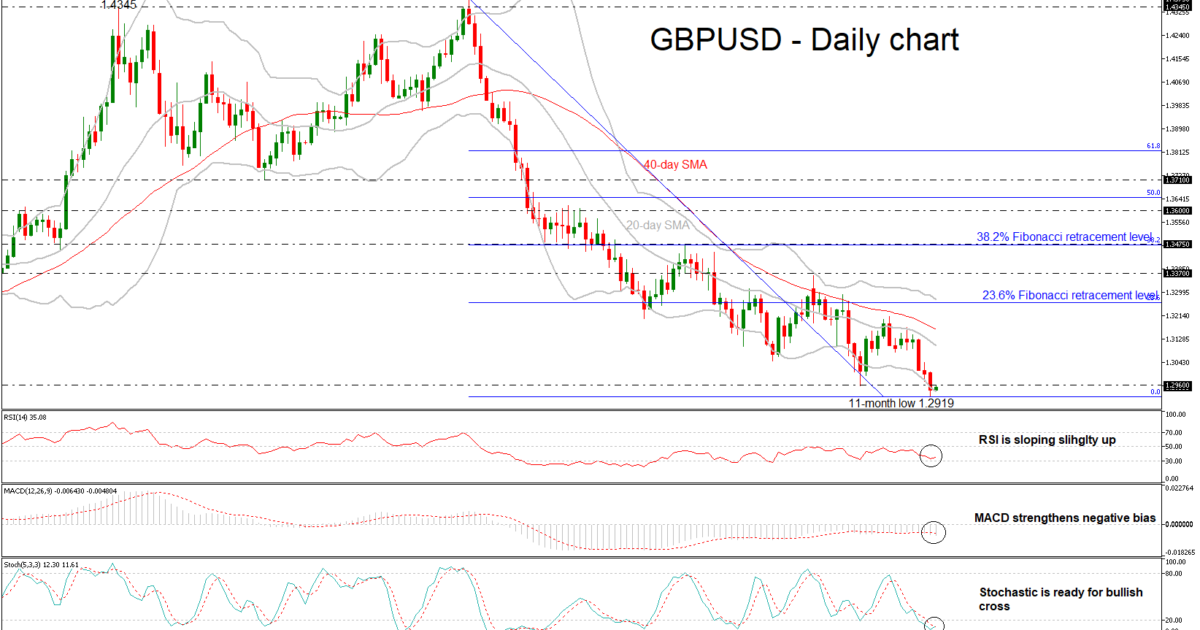 GBP/USD pares some losses but still holds near 11-month low.

GBP/USD had been in a falling mode over the previous three days as it posted a fresh 11-month low of 1.2919. The rally brought the pair below the 20- and 40-simple moving averages (SMA) and near the lower Bollinger Band in the daily timeframe. However, the technical indicators are suggesting for a possible upside correction.

The RSI indicator is moving slightly higher in the bearish zone, while the stochastic oscillator is ready to post a bullish crossover within the %K and %D lines in the oversold zone, indicating an upside movement is more likely than a downside one. However, the MACD oscillator is strengthening its negative momentum below the trigger and zero lines.

Overall, GBP/USD continues the strong negative outlook in the medium-term and was denied posting a strong bullish correction in the previous sessions. 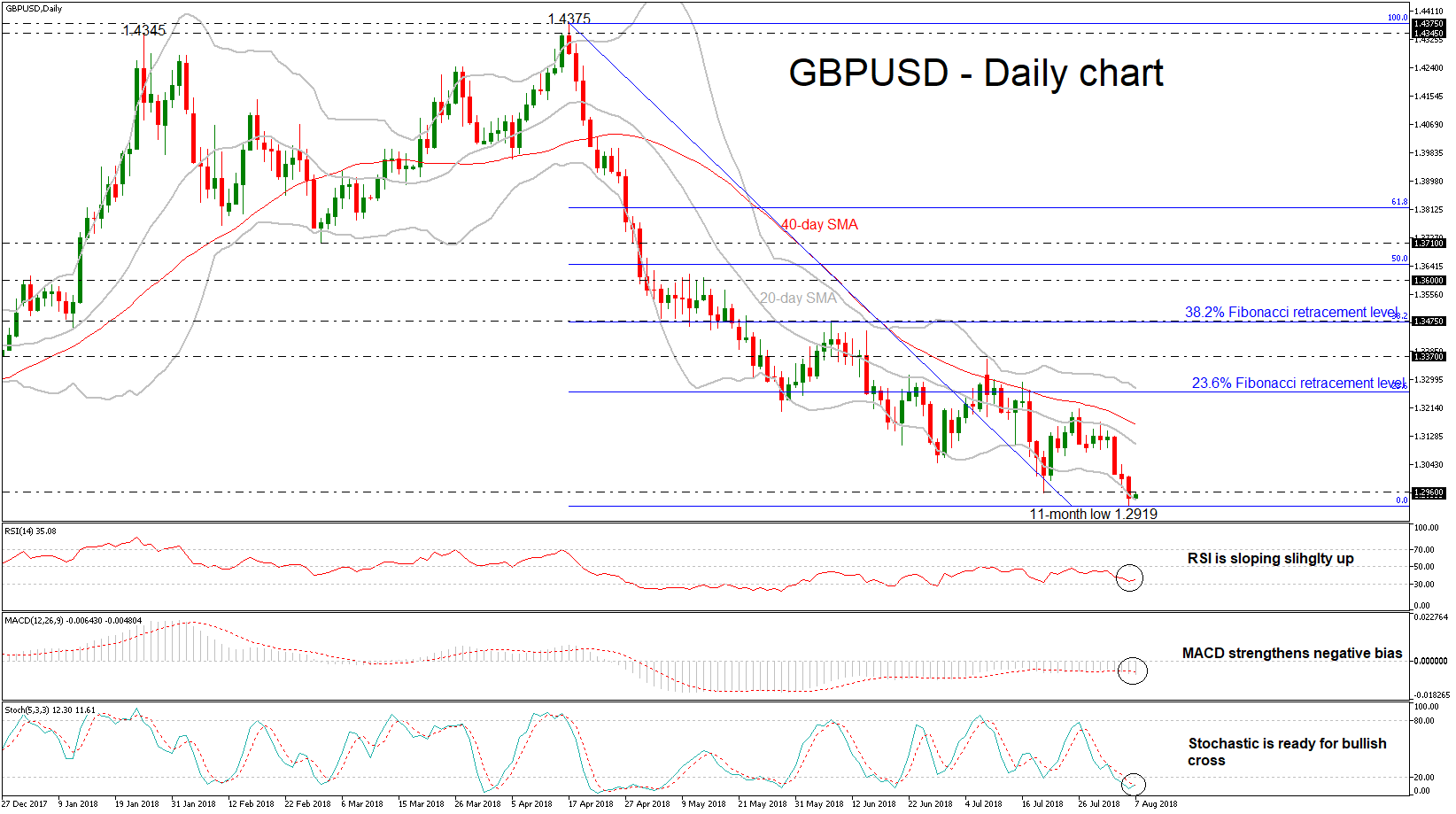 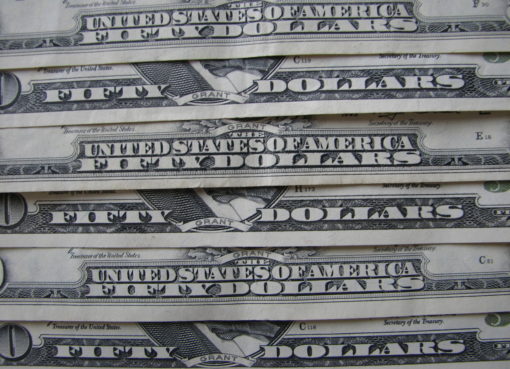 The US Dollar continues its drop 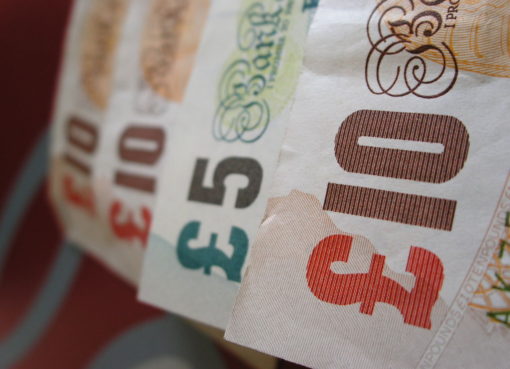