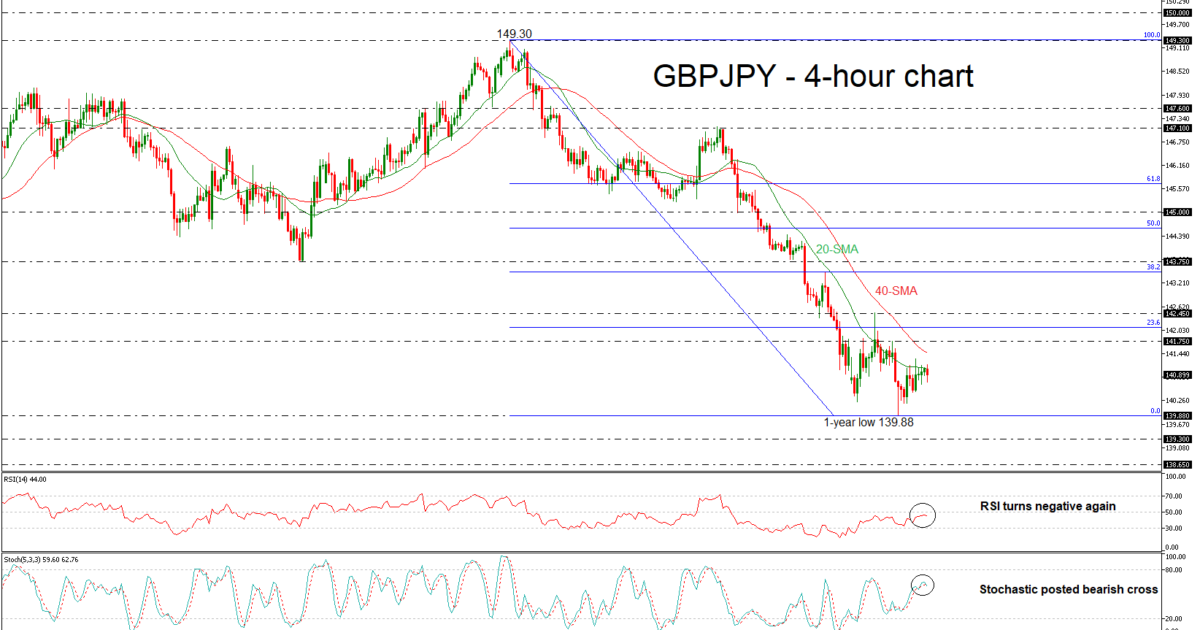 GBP/JPY turns negative in the short-term after bouncing off 20-SMA.

GBP/JPY rebounded from the almost one-year low of 139.88 that is recorded on August 15 and challenged the 20-simple moving average (SMA) in the 4-hour chart. However, the pair pared some of Thursday’s gains and the momentum indicators are supportive of a weakening picture.

The RSI indicator is moving slightly lower in the negative territory, while the %K line of the stochastic oscillator created a bearish crossover with the %D line in the middle area.

Should the market fail to jump above the 20-SMA and moves lower, support could be met at the 139.88 bottom. A significant leg below this area could send prices towards the 139.30 level, taken from the low on August 2017. Then, if the market slips below this zone, the next stop could be at the 138.65 level, identified by lows June 2017.

To sum up, looking at longer timeframes, GBP/JPY has been developing in a downtrend since July 16, after the pullback from the 149.30 hurdle. 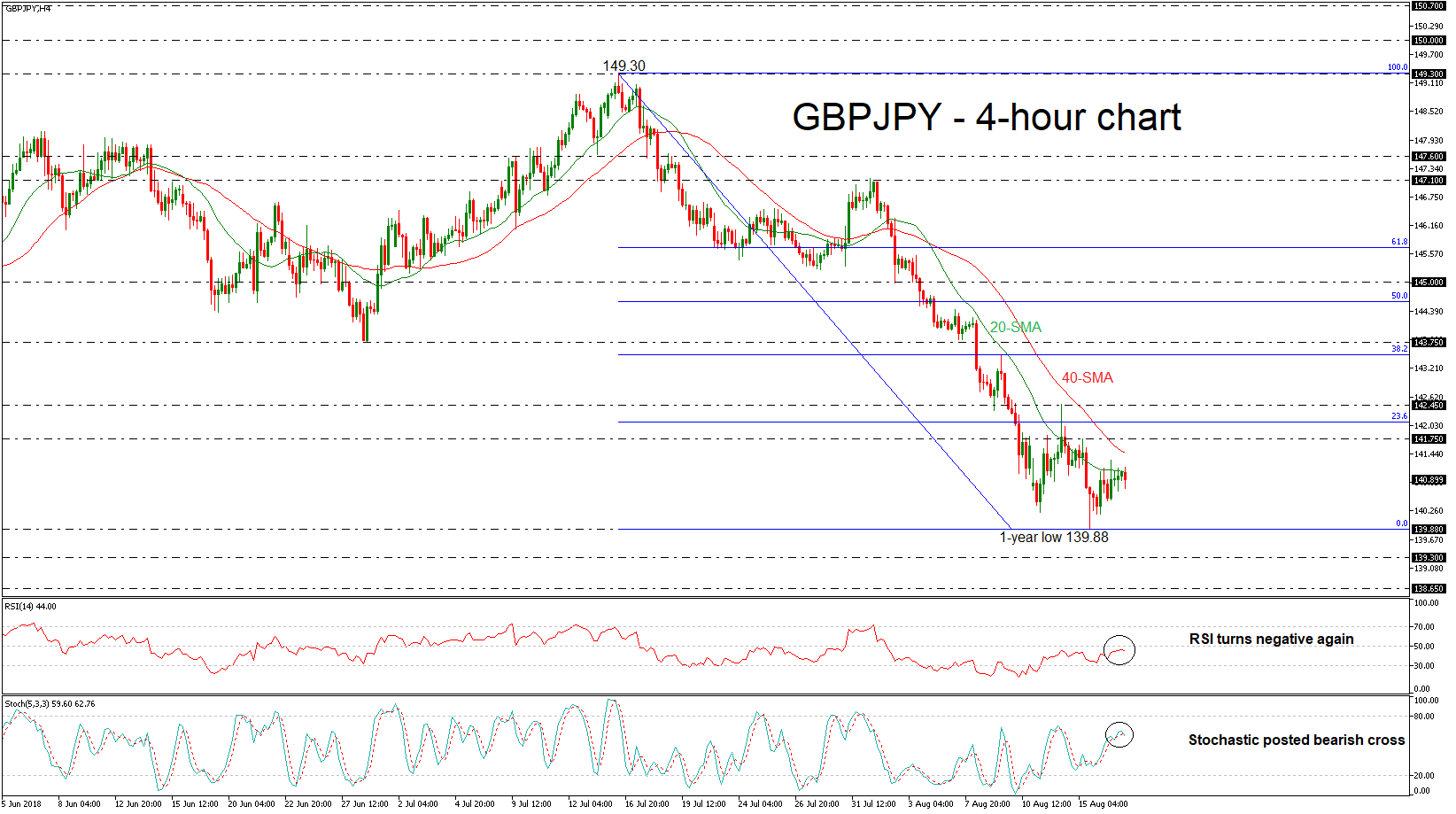 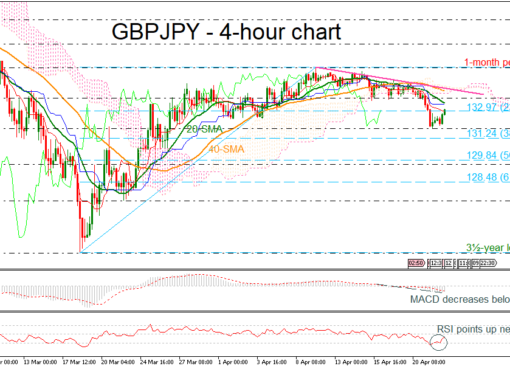 GBP/JPY could weaken further in short-term 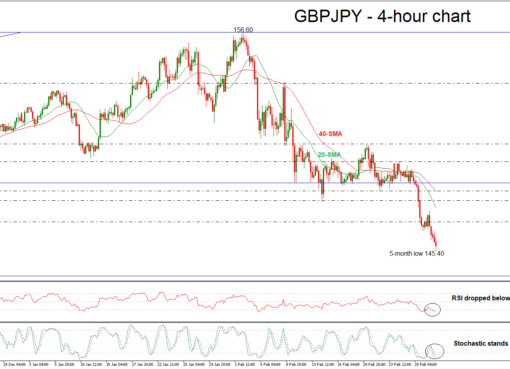 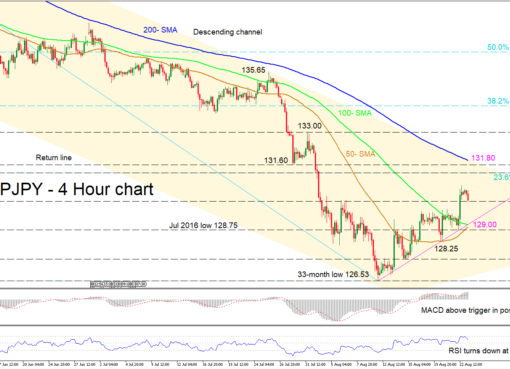