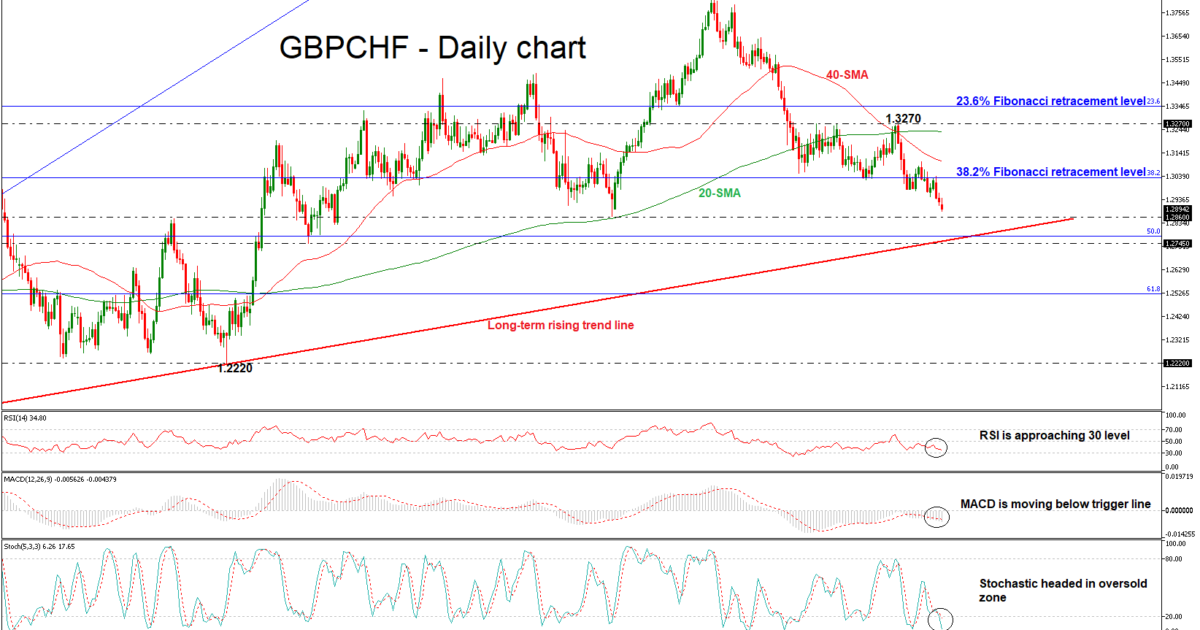 GBP/CHF recorded an aggressive bearish rally following the pullback on the 1.3270 resistance level, posting a five-month low of 1.2886 on Monday. Since the previous week, the pair is on the backfoot and the technical indicators suggest that the marker could ease further in the short-term.

The negative bias in the near term is supported by the deterioration in the momentum indicators. The %K line of the stochastic oscillator has fallen sharply into oversold levels, while the RSI and the MACD are strengthening their negative movement in the bearish areas.

If prices continue to head lower, support should come from the 1.2860 level before heading towards the 50.0% Fibonacci retracement level taken from the up-leg from 1.1703 to 1.3855, around 1.2776. A drop below this level could find immediate support at 1.2745, which stands near the long-term ascending trend line.

However, should an upside reversal take form, immediate resistance will likely come from the 38.2% Fibonacci retracement level near 1.3032. A break above this area could shift the bias back to a bullish one, with the next resistance coming from the 40- and then the 20-simple moving averages (SMA) at 1.3100 and 1.3234 respectively.

Looking at the longer timeframe, the pair has been developing within an upward movement since October 2016, but now is creating a bearish correction. 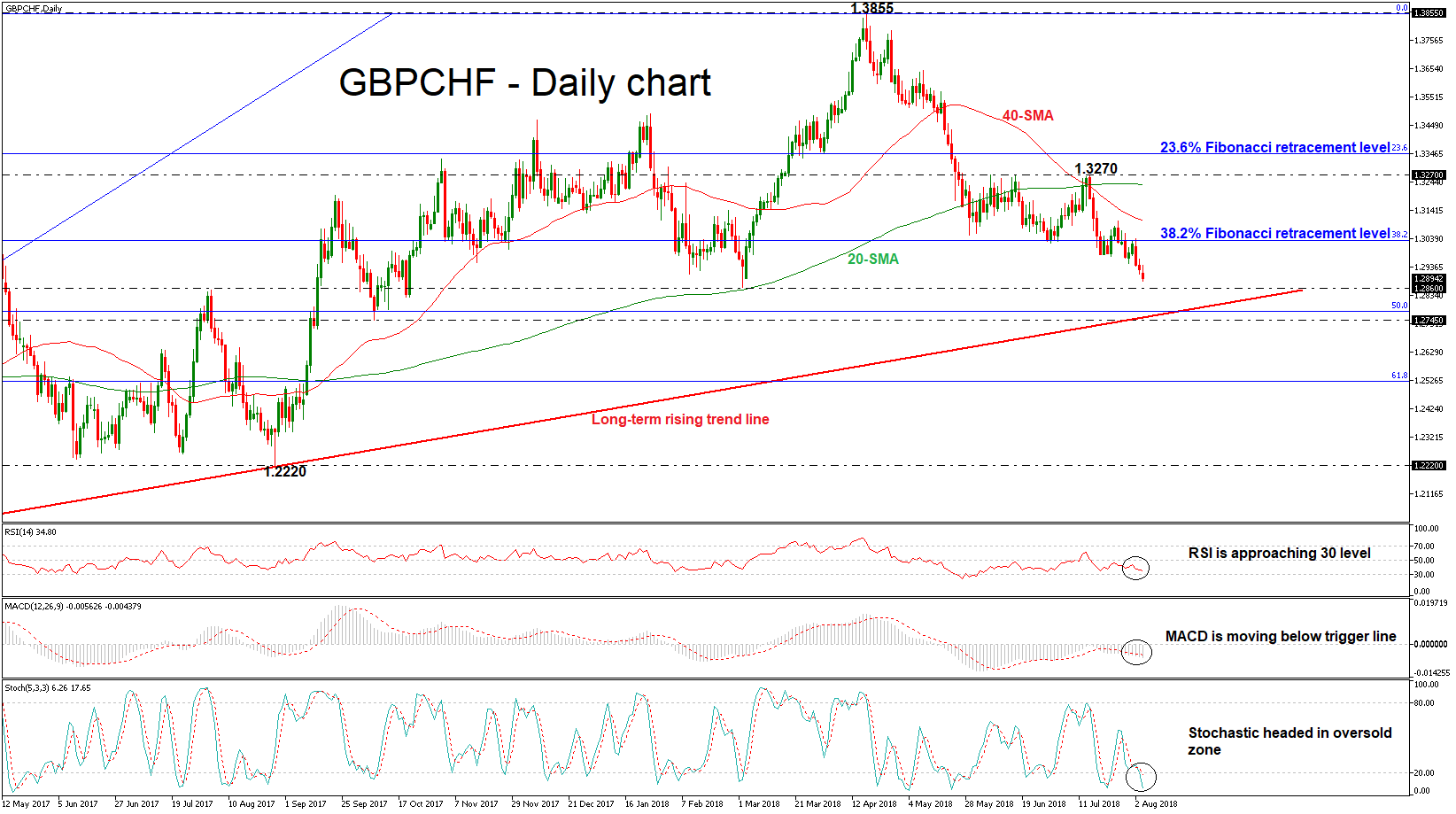 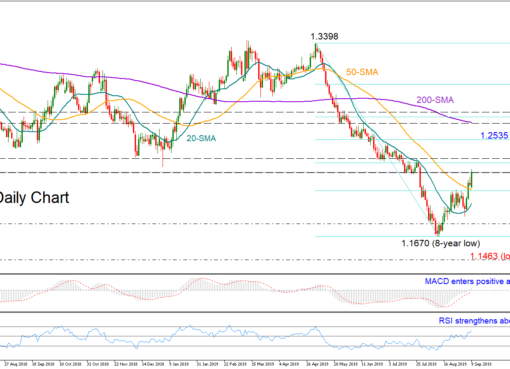 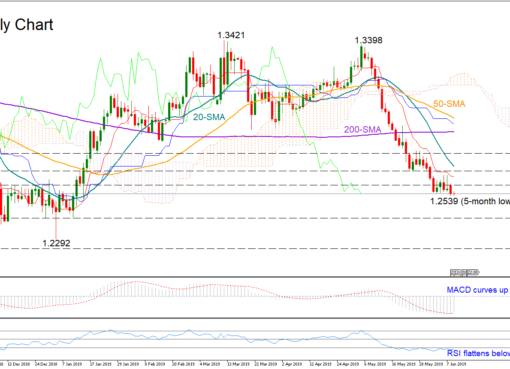 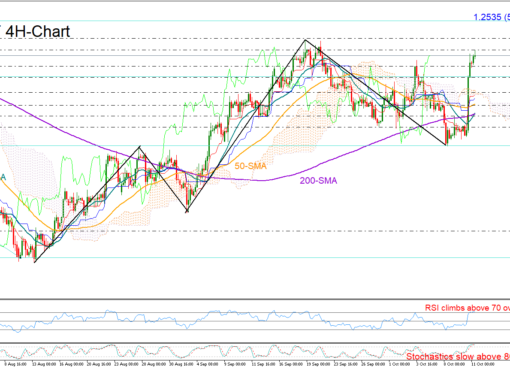