GBP/AUD is paring some of the losses from previous days but remains in a descending movement that has been holding since April 26. The pair exited from the trading range between 1.8180 and 1.8475 around mid-May and retreated sharply, posting a seven-month low of 1.7280 on August 9.

The technical indicators, though, are sending neutral to positive signals, suggesting that a bullish retracement is possible in the near term. The RSI indicator is positively-sloped in negative territory, while the MACD oscillator jumped above its trigger line though it still remains below the zero line.

Should the price continue to extend gains in the next few days, traders could look for resistance at the 1.7655 level, taken from the high on August 14. In the case of an upward penetration, the pair could overcome the downtrend line and reach the 50- and then the 200-day SMA near 1.7715 and 1.7754 respectively. More gains could push the price towards the 1.7820 hurdle, identified by the August 2 peak.

On the downside, a decline could find support at the 1.7280 level, while if the bearish moves appear stronger, the price could hit the 1.7100 strong psychological level.

To sum up, GBP/AUD stands below the 50- and 200-SMA signaling downside pressure, however, a climb above them could shift the medium-term bias from bearish to bullish. 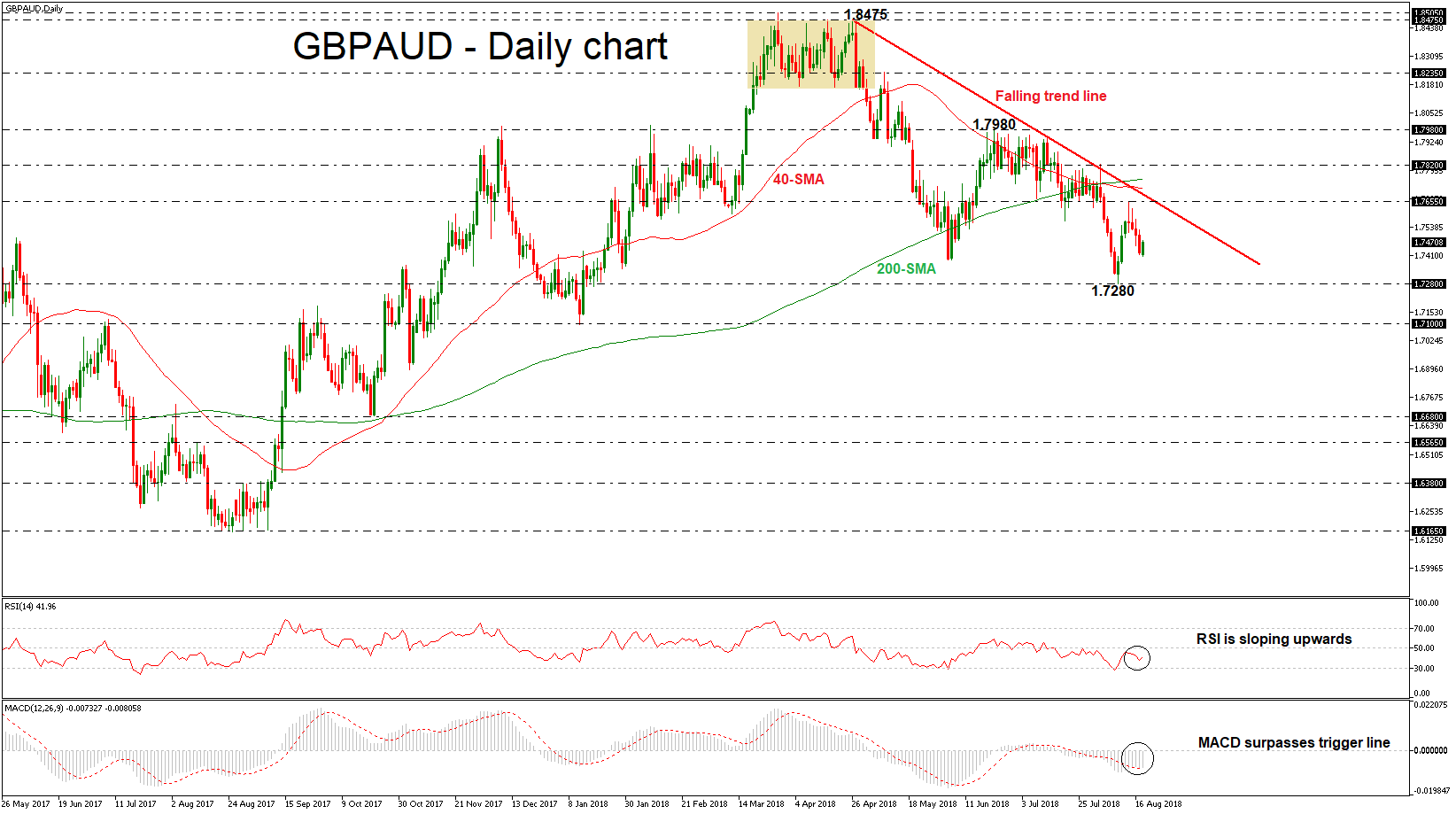