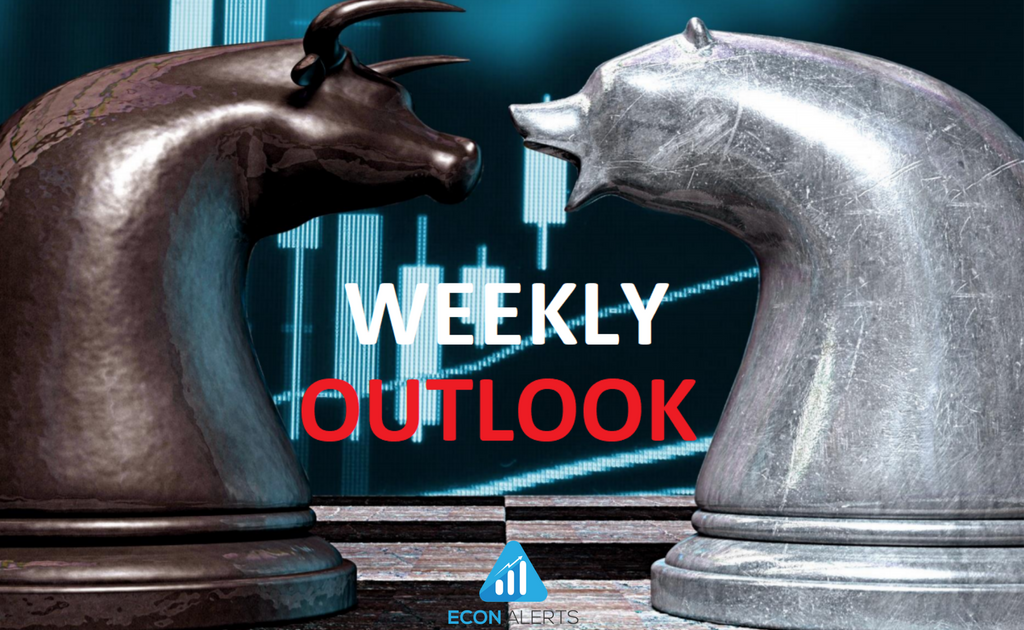 A policy meeting by the Bank of Canada looks set to be the most exciting item on next week’s calendar as it will be a somewhat muted five days for economic indicators. US inflation will be the data highlight but the introduction of monthly GDP numbers by the UK’s statistics office may also attract quite a bit of attention. Meanwhile, oil traders will be eyeing the latest monthly reports by OPEC and the IEA to evaluate the impact of the recent output increase decision by major producers on the oil market.

The Australian dollar may have regained some positive footing after tumbling to a 1½-year low of $0.7308 earlier this week but is still down by 5% in the year-to-date. And with the growing trade uncertainty and rising US interest rates, it’s unlikely to snap out of its bearish phase just yet. However, next week’s data out of Australia and China may help the currency extend its bullish correction. Domestic data will include the NAB business conditions gauge for June on Tuesday, and May housing lending figures and the July consumer sentiment index by Westpac on Wednesday.

China’s major releases will comprise measures of prices on Tuesday and trade figures on Friday. Both producer and consumer prices are forecast to accelerate in June, rising by 4.5% and 1.9% respectively on an annual basis. Higher producer prices are generally seen as an indication of strengthening factory demand for raw materials, suggesting rising output. A strong PPI reading could boost market sentiment. But the main focus will be on the trade numbers as investors will nervously be looking for early signs that the US tariffs on Chinese imports are hurting shipments from China. Exports are forecast to have risen by 10.2% year-on-year in June, below May’s 12.6% growth but still a very healthy figure if realised. Imports are expected to have increased by 22%, down from 26% in the prior month. 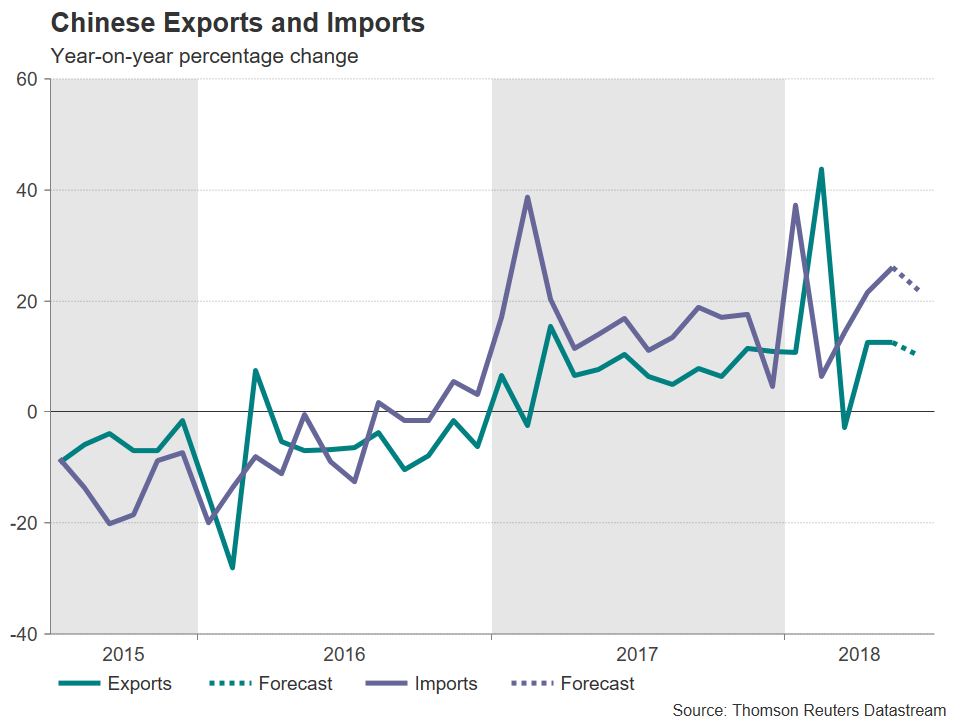 It will be relatively quiet on the data front for the European calendar, but the ECB minutes of the June meeting should keep the euro in the spotlight. German trade numbers will start the week on Monday. Exports from the Eurozone’s largest economy are forecast to have risen by 0.75% month-on-month in May. German exports have fallen in three out of four months this year so a positive figure for May would add to the growing evidence that growth picked up towards the end of the second quarter. Also to watch from Germany is the Ifo ZEW economic sentiment index for July on Tuesday, while data for the euro area will contain the Sentix business survey on Monday and industrial output figures on Thursday.

A more important driver for the single currency though will be the ECB account of the June policy meeting, due on Thursday. The ECB decided in June to end its asset purchase program by the end of the year and signaled that interest rates will remain at current levels through the summer of 2019. This led investors to push back expectations of a rate rise to the end of 2019. However, it appears that some ECB policymakers are not happy with the market pricing and are viewing September or October as a more probable timeframe. The euro got a boost from those reports and could enjoy additional gains if the minutes confirm a slightly steeper rate path projection.

UK data to be watched for BoE rate clues

The United Kingdom will see a batch of important releases on Tuesday, which, after this week’s series of better-than-expected PMI for June, could further boost the odds of a rate hike by the Bank of England as early as August. Figures on industrial and manufacturing output will be watched for signs of a rebound in May after a dismal April. For the first time, the UK will also be publishing monthly numbers in the services sector as well as on GDP. The GDP data will consist of both month-on-month and a 3-month average estimate for May, giving policymakers a timelier picture of economic growth. Trade data will also be released on Tuesday. A strong set of figures would almost certainly give the pound another leg up, helping cable advance further above $1.32, though gains are likely to be limited if the UK government fails to find a solution on a customs partnership with the EU after Brexit.

US CPI getting close to hitting 3%

June producer and consumer prices will be the main data from the United States next week. PPI numbers are out on Wednesday and will be followed by the CPI report on Thursday. The 12-month CPI rate is forecast to edge up 0.1 percentage points to 2.9% in June, with the core rate rising to 2.3%. Although the consumer price index is not the Fed’s preferred inflation gauge, the fact that it is headed for the 3% mark nevertheless signifies that inflationary pressures, whilst modest, are present in the US economy, laying the risks firmly to the upside. On Friday, June import prices will be the final barometer on inflation, and the University of Michigan’s preliminary print on consumer sentiment for July will also be watched. While stronger-than-expected readings have the capacity to push the US dollar higher next week, developments on Sino-US trade relations will most likely remain the biggest driver for the greenback. 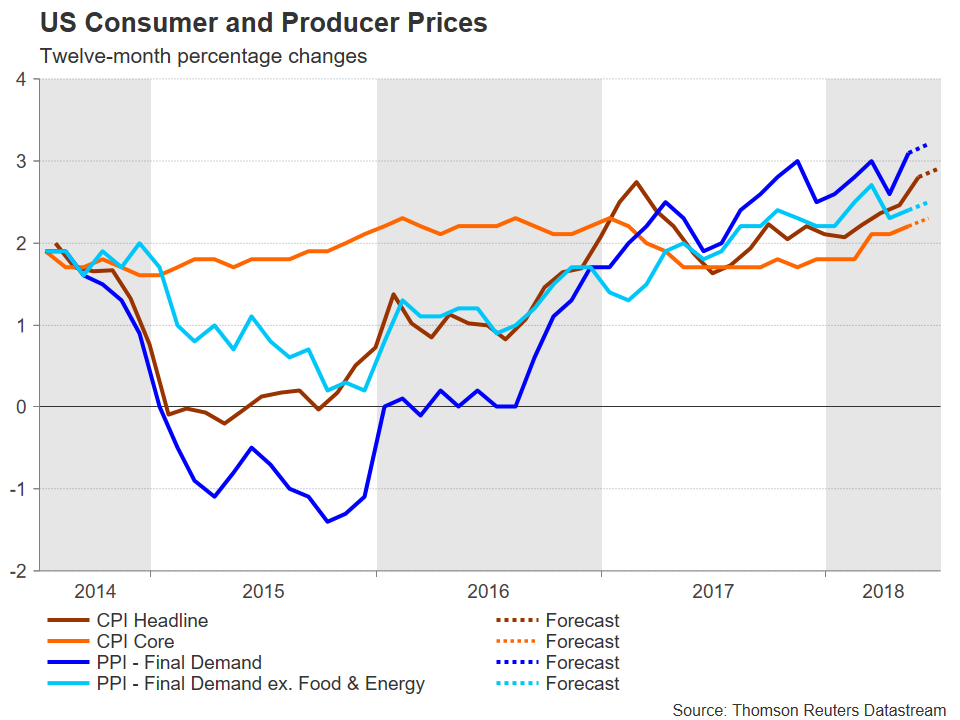 With relations between the US and Canada at a low point and the future of NAFTA looking uncertain, most investors had been expecting the Bank of Canada to wait for the tensions to diffuse before raising rates again. However, following recent hawkish remarks by the Bank’s Governor, Stephen Poloz, a July rate hike has moved back into the frame. But given the BoC’s history of surprising the markets, there is still a reasonable chance of no change in July, especially when considering the somewhat mixed data out of Canada recently. The Canadian dollar scaled 3-week highs this week on the expectations of a BoC rate hike, recovering from one-year lows. Further gains are likely if the BoC raises its overnight rate from 1.25% to 1.50% on Wednesday.

The loonie could also see a reaction to movements in oil prices. After the recent decision by OPEC and some non-OPEC countries to raise output, the monthly reports by OPEC and the International Energy Agency could shed some light on how the increases will affect supply in view of the ambiguity of the actual announcement. 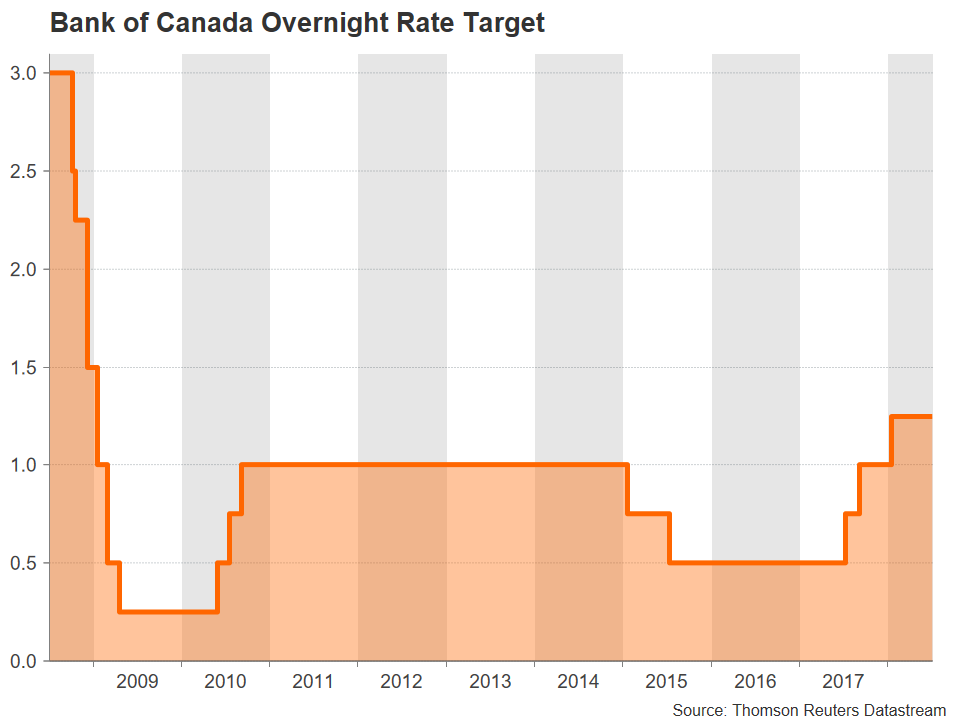 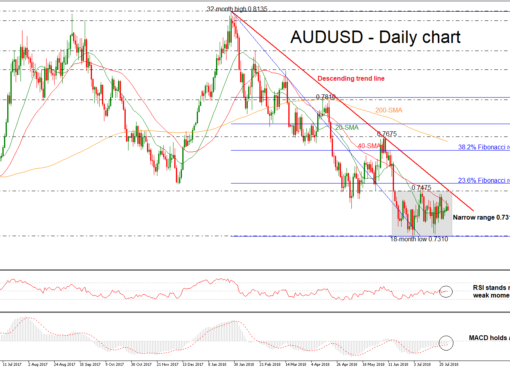 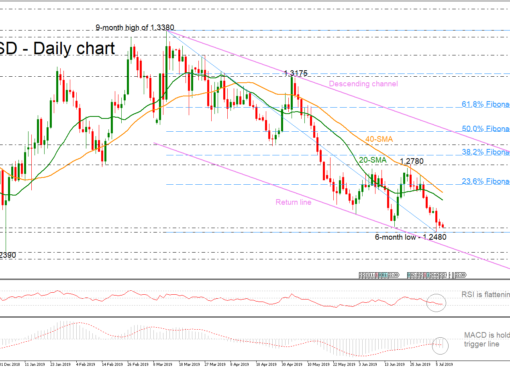 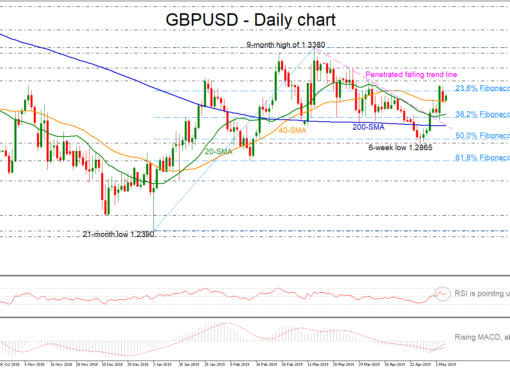