The past week have been a wild ride for the British pound, with the Brexit saga receiving multiple new chapters. Key Brexiteer ministers have resigned, and while this has been interpreted as a negative in the sense that it threatens Theresa May’s position as PM and hence increases the likelihood for a no-deal Brexit, it also provides a unique opportunity for the EU-UK negotiations to move forward.

In a rather dramatic start to the last week, the Brexit narrative came back to the forefront as the UK Brexit and Foreign Secretaries, David Davis, and Boris Johnson, handed in their resignations. These leading Brexiteers left in protest at PM Theresa May’s new plan for Brexit, describing it as a compromise they just could not accept. Financial markets were uncertain over how to interpret the news.

Davis’s resignation was initially read as encouraging – on the margin – in the sense that with one of the most prominent Euro-sceptics out of the way, the EU-UK negotiations may now be able to finally move forward. The pound moved slightly higher, only to come plunging down following headlines that Johnson had quit too. Johnson’s departure was seen as one too many, raising the likelihood for a Brexiteers’ rebellion within the Conservative Party that challenged Theresa May’s position as Prime Minister. Such a revolt, by extent, would also throw a wrench in the Brexit negotiations, keeping them in a deadlock for longer and increasing the likelihood for a no-deal outcome.

The UK administration’s new Brexit blueprint essentially looks to strike a compromise on the Irish border issue – avoiding a “hard” border between the two Irelands – by asking the EU for complete access to the single market for all goods. To achieve that, the UK would maintain “a common rulebook for all goods”, which essentially implies it would have to accept all current and most future EU regulations on goods – something that Brexiteers campaigned to get rid of.

On a more important note, the plan is somewhat ambiguous about what happens with services, which account for roughly 80% of UK GDP. The agreement states the UK would keep “regulatory flexibility” on that front, which would crucially result in limited access to the EU market for UK firms, as the paper itself admits. Ever since the plan’s publication, UK financial business leaders have come out in droves to express their concerns about how such a loose relationship would hamstring their revenues and ability to create jobs, potentially becoming a drag on UK economic growth. Lloyds Bank CEO Inga Beale, for instance, noted that many other banks, insurers, and financial services firms would now be joining her “at pace” in setting up subsidiaries in Brussels. On the free movement of people, the plan is blurry as well, stating the UK will “end free movement” but also implying that EU citizens would get preferential treatment under new migration rules.

In its current form, this is a rather controversial plan that is unlikely to be accepted by EU negotiators. On the surface, it separates the four freedoms of the single market, by seeking to continue the free movement of goods while limiting the free movement of people, capital, and services. That said, it still may be a foundation for negotiations, i.e. a stepping stone for the talks to finally move forward, with the UK showing it’s willing to make some concessions along the way. 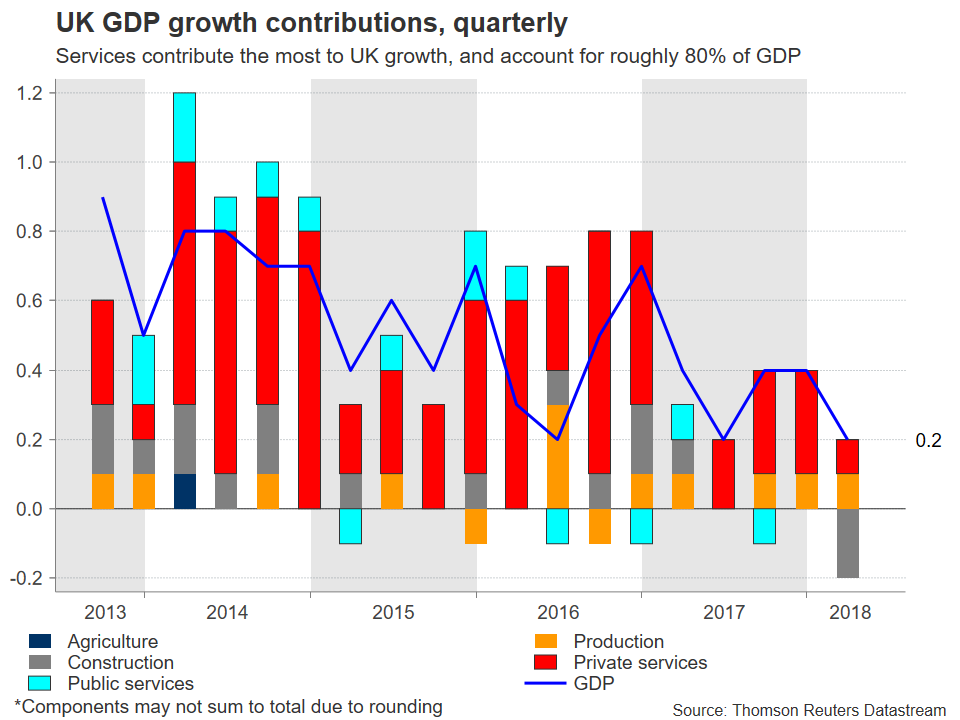 The probability for extreme forms of Brexit rising?

“Soft” versus “hard” Brexit has been the name of the speculation game ever since the referendum took place, with the former implying close ties to the EU and the latter a very loose relationship, or even a no-deal outcome. In a sense, recent developments may have increased the likelihood for both of these scenarios.

To explain – on the one hand, the probability for a Tory rebellion that ousts May has increased, and hence so has the probability for a no-deal outcome. Even in the absence of a no-confidence vote – which many believe May could currently win – if she loses the support of the Brexiteers in her party completely, that could drain her political capital further and limit her ability to push legislation through Parliament, eventually forcing her out. If she is replaced by someone who is not as keen on making compromises, a Brexiteer like Johnson for instance, that would probably hold the talks back.

On the other hand, the more “extreme” voices on Brexit have now left the building, giving way to more pragmatic individuals to negotiate. Thus, should May manage to remain in power, there is optimism that the talks could finally bear fruit. Her White Paper, although falling short of solving many issues, is correctly perceived as a negotiating platform, marking the beginning of a process that may involve more concessions on the road to a satisfactory deal for both parties.

Brexit was never going to be easy. The EU was clear from the beginning that frictionless access to the single market would be impossible without the free movement of people accompanying it. Hence, compromises have to be made, and the negotiating process finally appears to be on track for that to happen, which is encouraging.

Now, the ball is in the EU’s court. How the EU 27 nations respond to May’s White Paper will be crucial in determining whether the negotiations can move forward. Will they reject it as “unworkable” and send the talks back to square one, or will they acknowledge it’s a position for negotiating, and come back with counterproposals? EU chief negotiator Michel Barnier’s next remarks will likely provide a taste of what is to come. And if the EU rejects it flat out, one has to wonder if the UK government will have time to come up with some other realistic proposal ahead of the nation’s official departure from the EU in March, considering how long it took to draft this one.

While monetary policy will also play a large role – especially since markets are still uncertain if the BoE will raise rates in August – the broader direction of the British pound may be decided primarily by whether there is some progress in the negotiations ahead of the next EU summit in October, or not. Anything that adds credence to the prospect of an orderly and smooth Brexit, where the UK maintains a relatively tight trading relationship with the bloc, could propel sterling higher. On the contrary, any signs that PM May is losing her grip on power, or that her latest proposals will not even constitute a negotiating platform for the talks, could spell more bad news for the pound.

The future is uncertain, but one thing is clear. As EU diplomats never get tired of repeating: the clock is ticking.