The US Dollar Index is looking more neutral as prices are still developing within the 93.80 support level and the 95.20 resistance barrier. It is worth mentioning that the price jumped to an almost fresh one-year high of 95.22 on June 28 after the bounce on the 93.80 support and the 20-day simple moving average (SMA) but later reversed sharply to the downside.

The neutral bias in the near term is also supported by the RSI, which has been hovering near the 50-neutral level in the past few days and the MACD oscillator is flattening above the zero line and below its red-trigger line.

Should the index manage to strengthen its positive momentum, the next resistance could come around 96.20, taken from the high on July 2017. A break above 96.20 would shift the bias to a more bullish one and open the way towards the 97.50 hurdle.

However, if prices are unable to break 95.20 in the next few sessions, the risk would shift back to the downside, with the 93.80 support once again coming into focus. A drop below this level and the 40-day SMA of 93.41 would take prices to the 92.70 support barrier.

Having a look at the bigger picture on the weekly timeframe, the index seems to be in a bullish correction mode after the exit from the consolidation area from the end of January until mid-April. 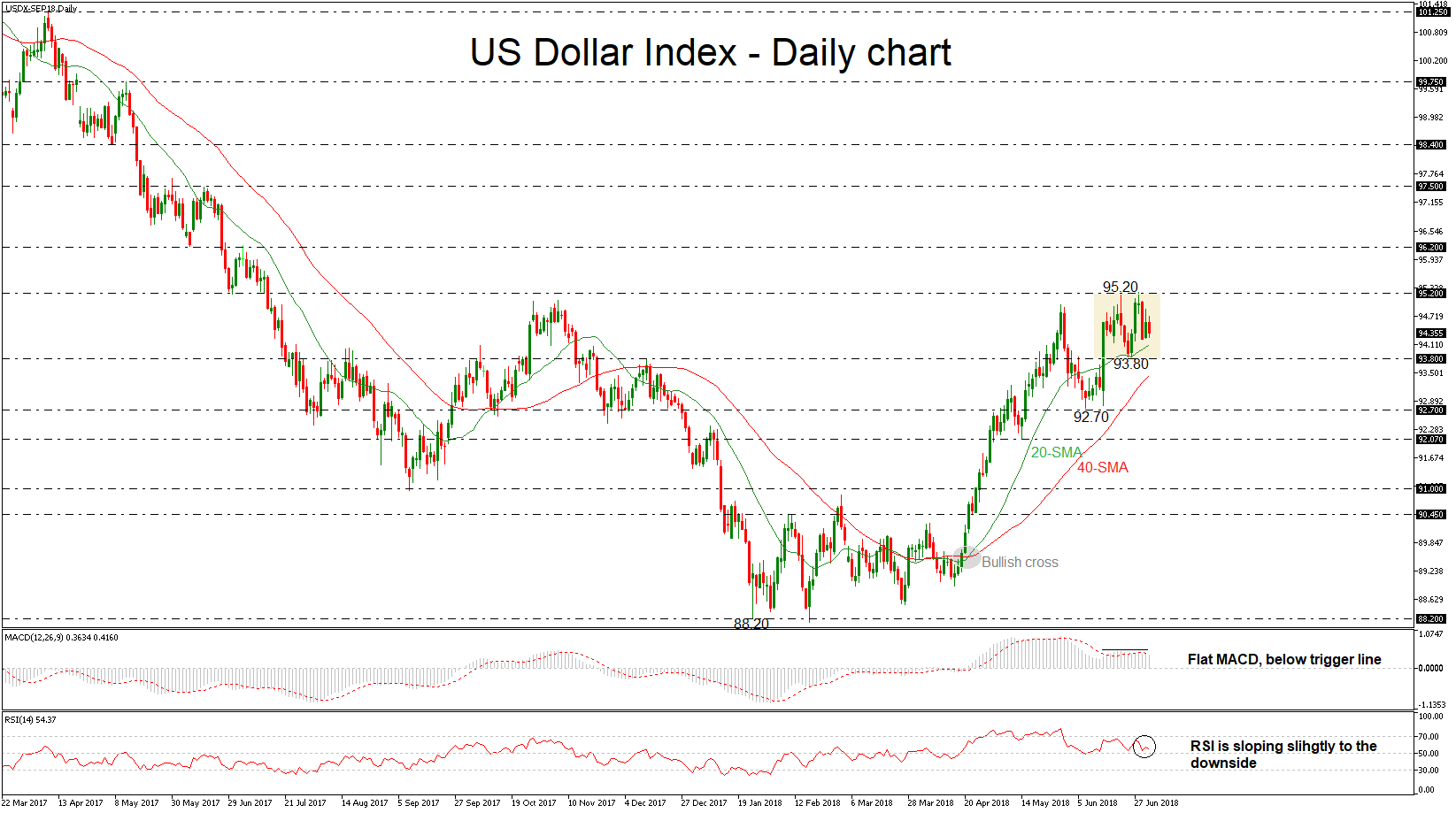