Honeywell stock builds a base in a sideways channel; neutral in the short-term.

Honeywell stock price has been consolidating since March 21 and has been stuck in the sideways channel with upper boundary the 152.40 resistance level and lower boundary the 141.80 support. The neutral picture in the medium-term looks to last for a while longer as prices hold near the middle of the trading range.

Support was met at around the 141.80 level, forcing the price to reverse higher. The neutral bias in the near term is supported by the deterioration in the momentum indicators. The RSI indicator is approaching the threshold of 50 and the MACD oscillator stands near the zero line with considerably weak momentum.

If prices continue to head lower and dive below the 20-day simple moving average (SMA), support should come from the lower boundary of 141.80. In case of a penetration of the channel, this would endorse the bearish view in the medium term and open the way towards the 139.90 level. Steeper declines would drive the stock price until the 134.34 hurdle.

However, should an upside run take form, immediate resistance will likely come from the 152.40 level. A break above this region could shift the bias to a bullish one with the next resistance coming from the 156.70 high, taken from the peak on February 26.

In the bigger picture, the stock seems to be in a bearish retracement over the last six months after the pullback on the 165.00 high. 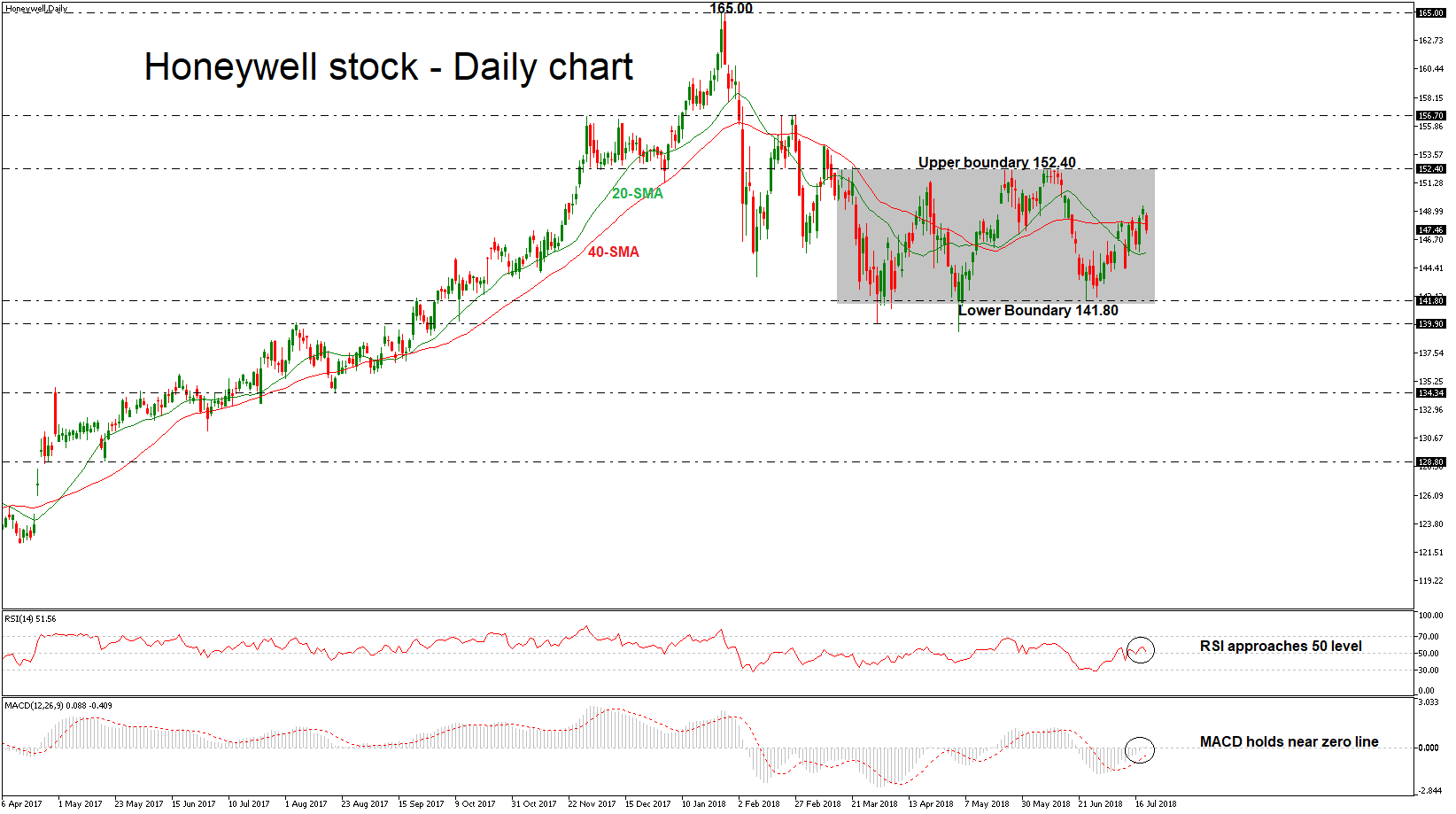