Google stock bearish in short-term; remains in a trading range in the medium-term.

Google stock has been consolidating since January 29 and has been stuck in a sideways channel with upper boundary the 1185.53 resistance level and lower boundary the 978.00 support level. The neutral picture in the medium-term looks to last for a while longer after prices failed to break the upper boundary during the end of June.

The negative bias in the near term is supported by the deterioration in the momentum indicators. The RSI indicator is sloping below the 50-neutral level, suggesting a downside movement would take place in the next sessions. Also, the MACD oscillator is falling in the positive zone, approaching the bearish territory.

If prices continue to head lower, support should come from the 50-day simple moving average (MA) near the 1096.63 mark. A drop below the 50-day MA would reinforce the short-term bearish view and open the way towards the 1054 level, which has been a major support area in the past.

However, should an upside reversal take form, immediate resistance will likely come from the upper boundary of the trading range of 1185.53.

In the medium-term, prices are holding above all the moving average lines but the technical indicators endorse a negative scenario in the near term. 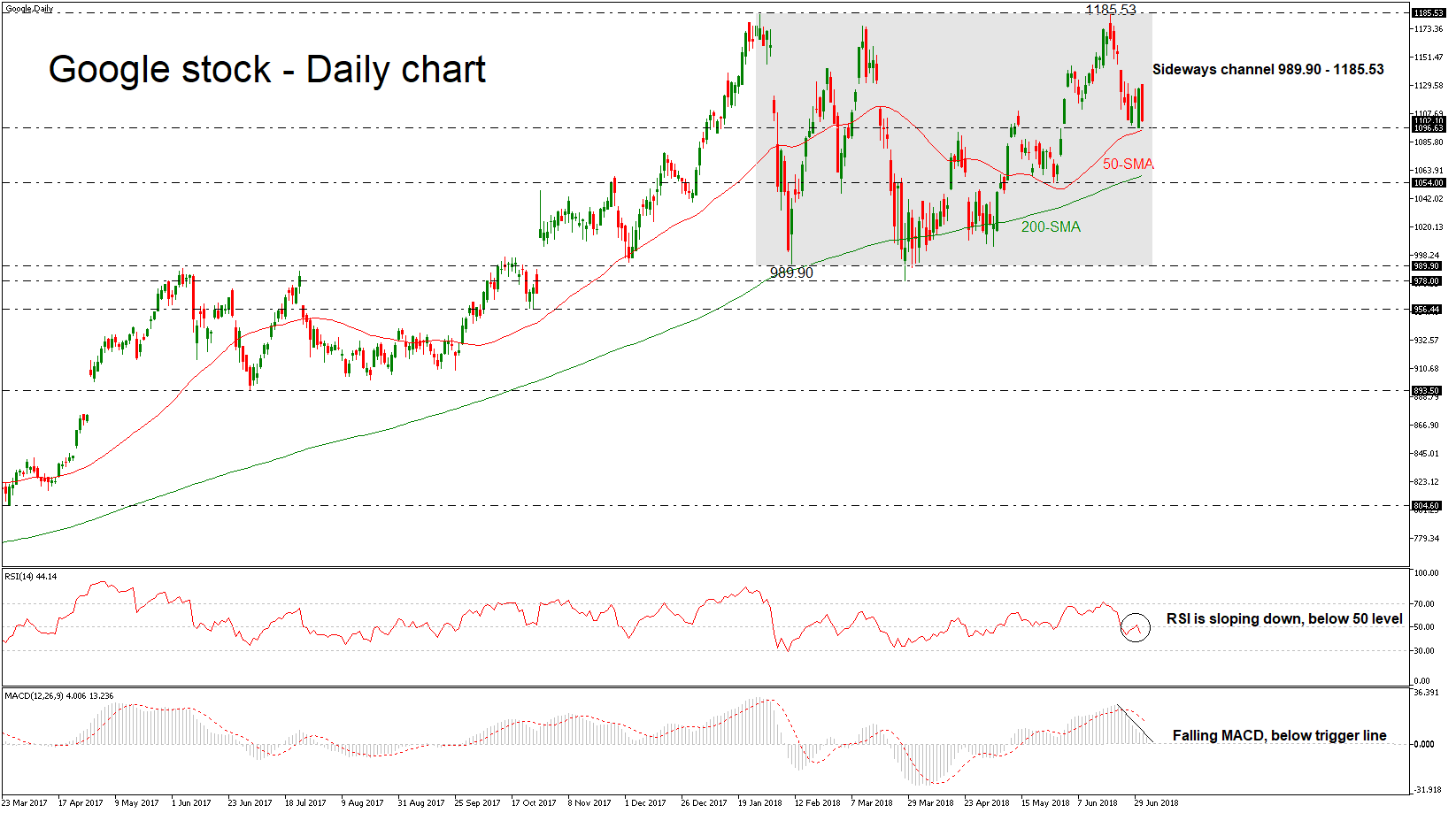