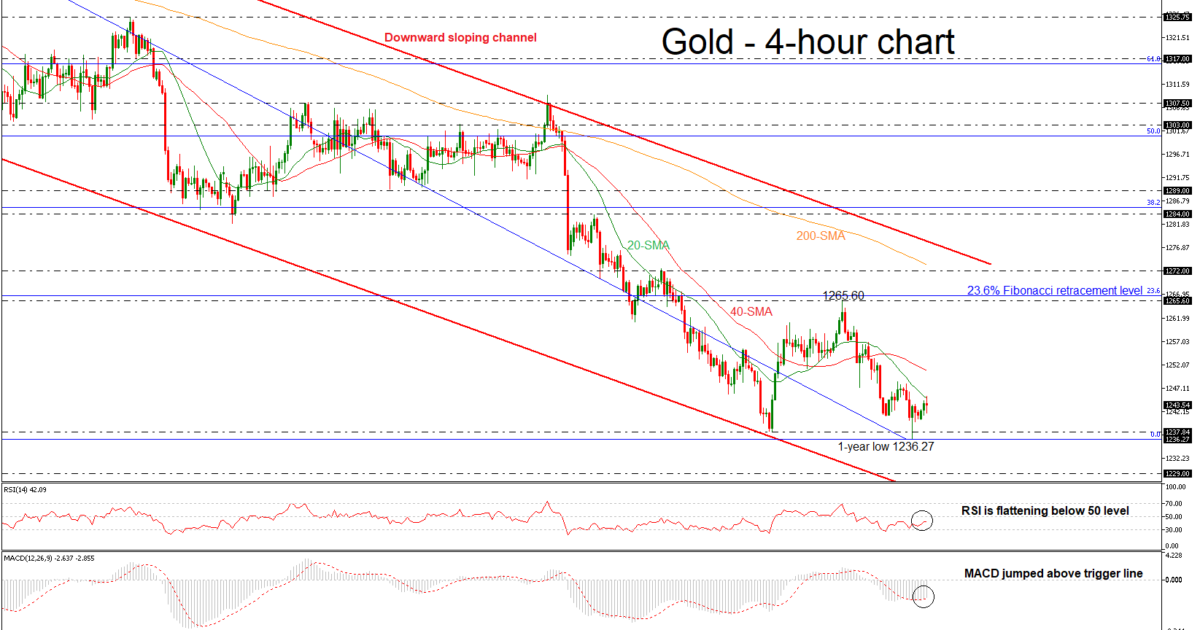 Gold dipped to a fresh one-year low of 1236.27 during Friday’s trading session and posted a strong negative day, while it closed well above its intraday trough. Zooming in the 4-hour chart, the price today found a significant hurdle on the 20-simple moving average (SMA) and failed to jump above it.

The technical indicators are sending different signals with the Relative Strength Index (RSI) flattening in the negative zone, however, the MACD oscillator created a bullish cross with its trigger line in the bearish area as well.

However, if the market manages to pick up speed and surpasses the 40-SMA in the 4-hour chart, it could offer nearby resistance near 1250.89 at the time of writing. A successful jump above the latter could push the commodity even higher until the 1265.60 resistance level, which stands near the 23.6% Fibonacci retracement level of the down-leg from 1365 to 1236.27.

Overall, the precious metal has been holding within a downward sloping channel since April 11, indicating that the price remains in a bearish mode in the long term. 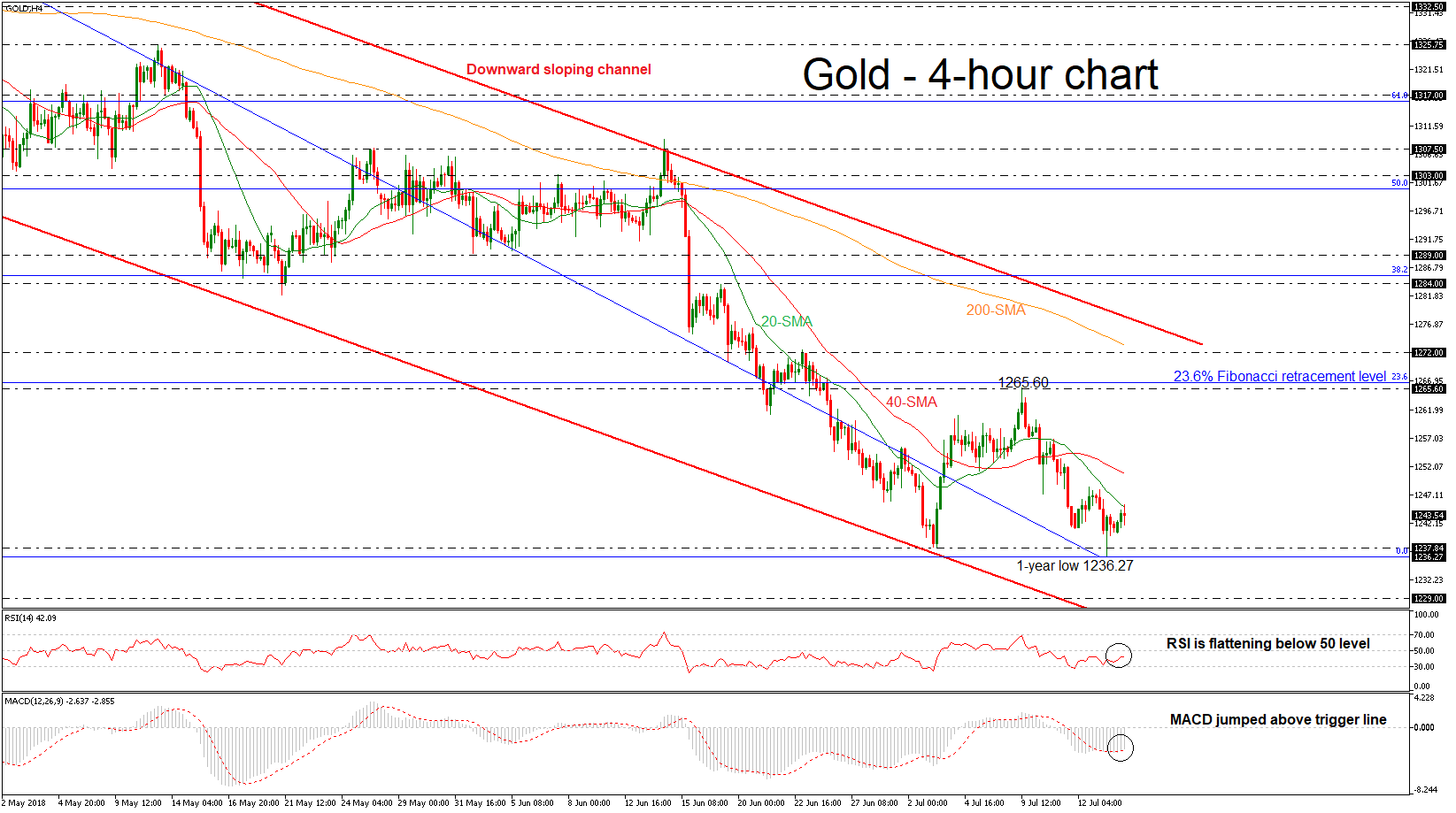 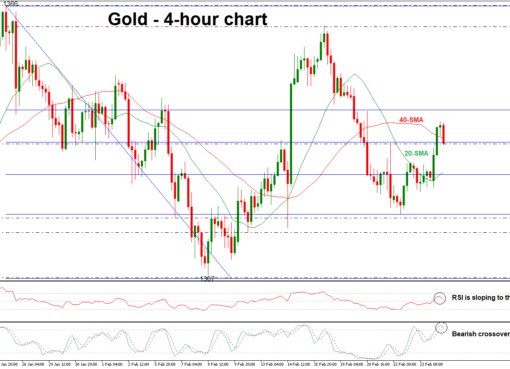 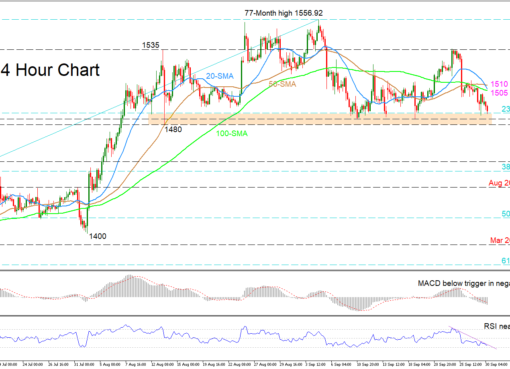 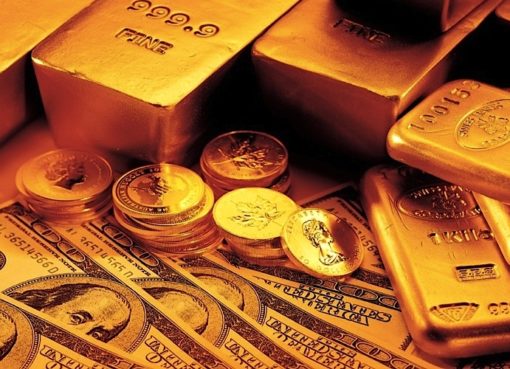 Gold flirts with the 1300 key zone