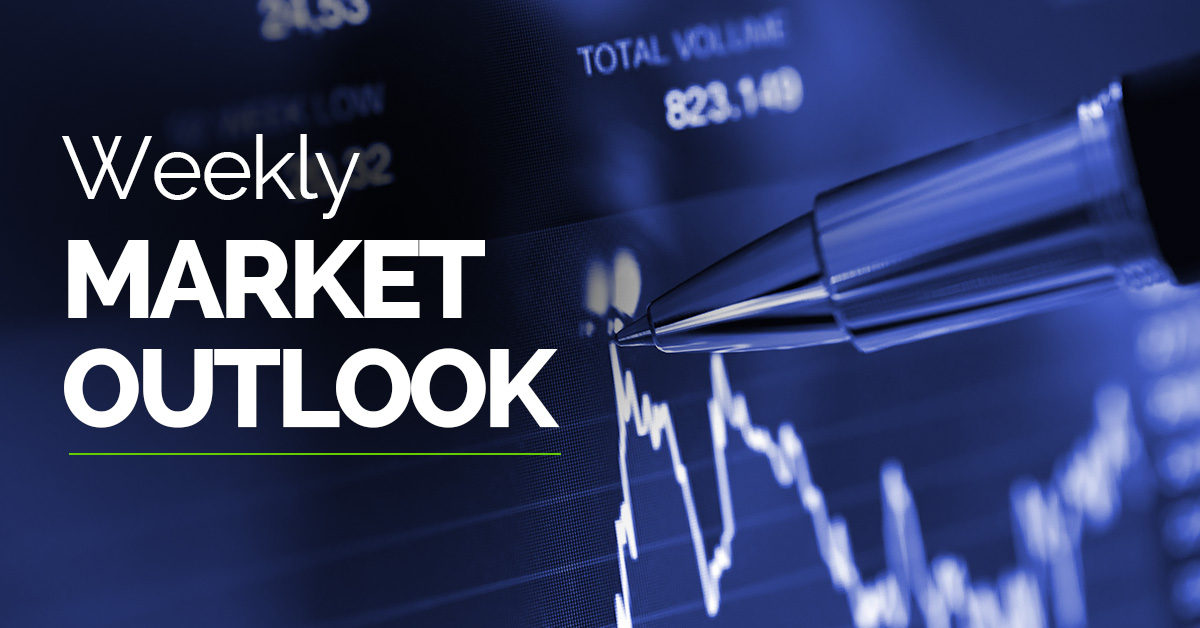 Inflation data will be watched in the Eurozone and the United States as both countries make progress towards their price targets. GDP numbers will also be in focus as final estimates are released in the US and the United Kingdom, while Canada publishes monthly growth figures. Central bank activity will come from the Reserve Bank of New Zealand, while an EU summit is sure to make the headlines as European leaders meet to discuss Brexit.

As the European Central Bank embarks on an exit plan from its bond-buying program, investors have chosen to fixate their attention on the ECB’s rate path. With the timing of a rate hike pushed back till the end of summer 2019, the euro has been pulled to 11-month lows. However, flash CPI readings due on Friday should serve as a reminder as to just how far the Eurozone has come in recovering from the deflationary territory. Friday’s preliminary estimate is expected to show headline inflation reached 2% on an annual basis in June. But with core inflation forecast to ease to 1% from 1.1%, rate hike expectations are unlikely to budge.

In other data out of the Eurozone, Germany’s Ifo business climate index will be monitored on Monday, while the European Commission’s economic sentiment gauge will attract interest on Thursday. 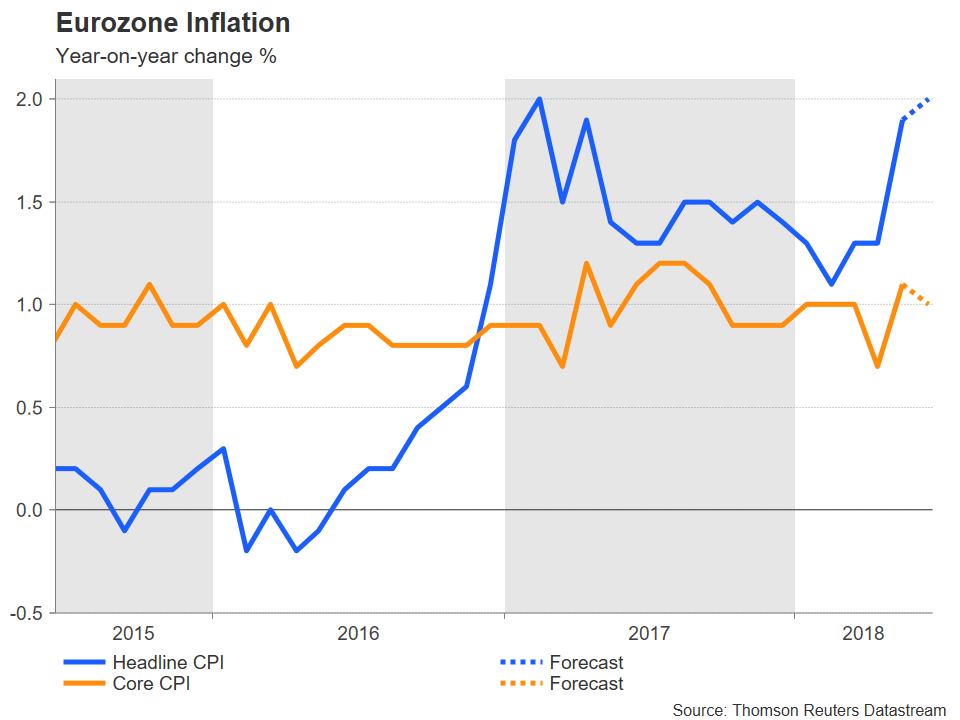 It hasn’t been a good week for the commodity-linked Australian, New Zealand and Canadian dollars. Rising risk-off sentiment on the back of growing worries about a possible trade war has driven the aussie and the loonie to one-year lows, while the kiwi has touched 6-month lows. Aussie traders shouldn’t place their bets on economic data though as the only release of significance will be Friday’s numbers on private sector lending. The loonie stands a better chance of receiving a boost as the monthly GDP growth figure is published on Friday. A strong reading could help lift the loonie out of its doldrums.

The biggest risk event, however, is for the kiwi as the RBNZ announces its latest monetary policy decision on Thursday. Following this week’s GDP data that showed New Zealand’s quarterly growth rate slowed to 0.5% in the three months to March (the weakest since the fourth quarter of 2016), the RBNZ is anticipated to stand pat and remain in neutral mode, keeping its options open for either a cut or a rate hike as it’s next move. However, any changes to the language in the Bank’ statement that suggests policymakers are becoming more worried about the growth outlook could trigger even deeper losses for the kiwi. Ahead of the RBNZ decision, May trade figures will be looked at on Wednesday. 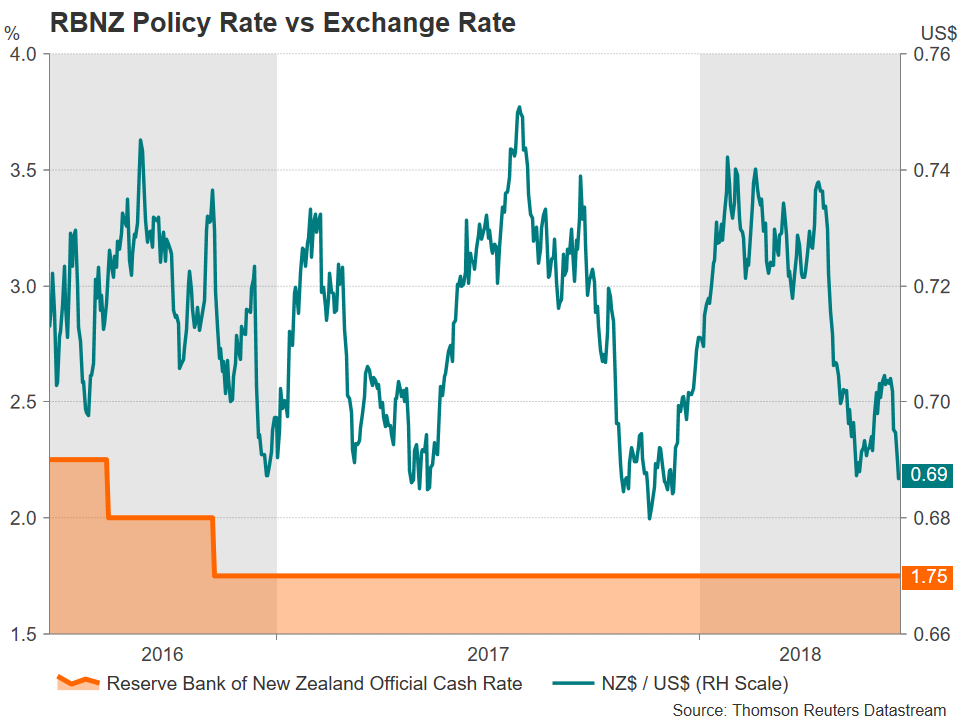 The Japanese yen has had a strong week as increased risk aversion has kept the safe-haven currency in demand. Economic indicators will be in plenty supply next week but are not expected to have a major impact on the yen. Retail sales are up first on Thursday with the remainder due on Friday, including the jobless rate and the preliminary industrial output reading for May. A positive set of data would reassure investors that the Japanese economy is rebounding in the second quarter.

But a bigger risk for yen crosses will be Monday’s Summary of Opinions by the Bank of Japan. The summary of the BoJ’s June policy meeting will be gazed for an insight to policymakers’ thinking.  However, with the board now comprising entirely of doves and one ultra-dove, there’s unlikely to be any new divergences in views.

Pound bounce at risk from no deal at EU summit

The UK calendar will be relatively light in the next seven days with the only highlight being Friday’s final estimates of first quarter GDP growth. Growth is expected to remain unrevised at 0.1% quarter-on-quarter. Published alongside the headline GDP number will be quarterly figures on business investment and the current account balance. Investment in the UK fell by 0.2% according to the prior estimate. A downward revision would add to concerns about the Brexit uncertainty weighing on business spending.

The main focus though for sterling next week will be the EU summit on June 28-29. With no agreement yet on the Northern Ireland border issue and the UK government postponing the publication of its Brexit blueprint until after the summit, it’s unlikely EU leaders will make much progress on agreeing on the outlines of a post-Brexit trading relationship with the UK. But with a deal not looking very probable next week, investors will be assessing the tone of the summit. A stalemate at the talks could cut short sterling’s rebound this week following the surprise 6-3 dissent in the MPC vote at the BoE policy meeting. On the other hand, some type of progress in key areas at the summit could help the pound to sharply extend its gains.

US PCE inflation coming up

It’s going to be a packed week in terms of data for the US, with the most important being the personal consumption expenditures (report) due at the end of the week. Before that though, housing numbers will dominate, starting with new home sales for May on Monday and the S&P/Case-Shiller 20 city home price index for April on Tuesday. Also out on Tuesday is the Conference Board’s consumer confidence index. The closely-watched gauge is forecast to remain unchanged at 128.0 in June. On Wednesday, the main data will consist of pending home sales, the advance release of the goods trade balance and durable goods orders, all for May. Durable goods orders – a good proxy for business spending – are forecast to rise by 0.2% month-on-month in May, recovering modestly from the 1.6% dip seen in April. However, any unexpected weakness in the data could spark concerns that the escalating trade tensions are starting to weigh on business activity. On Thursday, no revision is expected to the final print of first-quarter GDP growth, which came in at 2.2% in the prior estimate.

Finally, on Friday, the Chigaco PMI for June and personal income and spending figures will round up the week. Personal income is expected to accelerate slightly to 0.4% m/m in May, while consumption is forecast to moderate from 0.6% to 0.4% m/m during the same period. Also in the spotlight will be the PCE price index, which is the Fed’s preferred measure of inflation. The core PCE price index, which excludes food and energy items, is forecast to inch higher to 1.9% year-on-year in May. A stronger-than-expected number would reinforce the view that the Fed will raise its benchmark rate two more times this year, which could lift the US dollar to fresh highs, having scaled an 11-month peak this week. 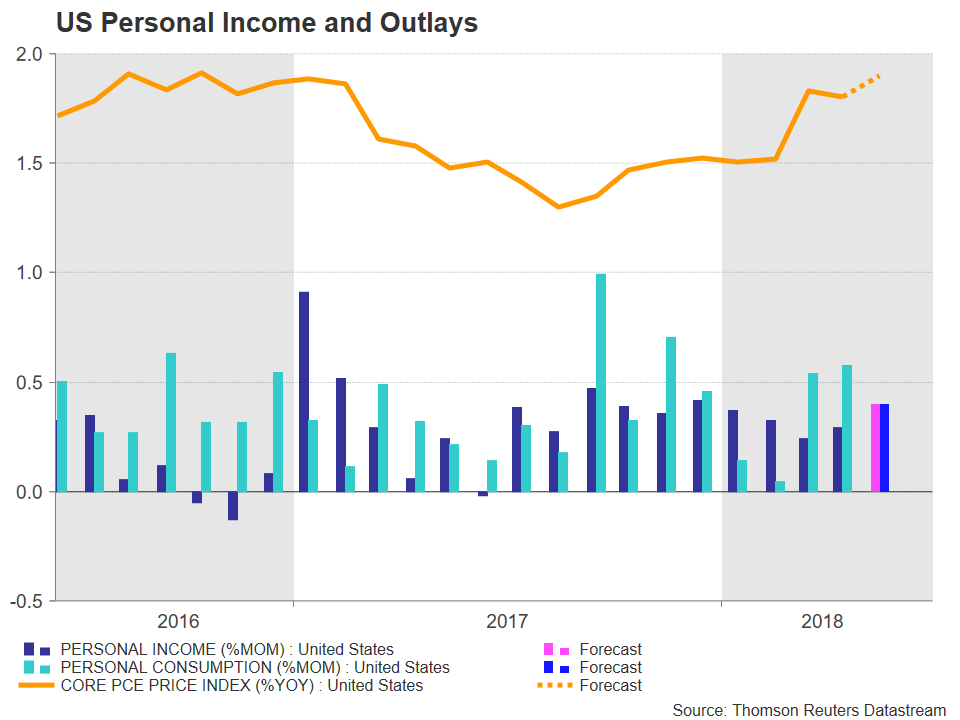 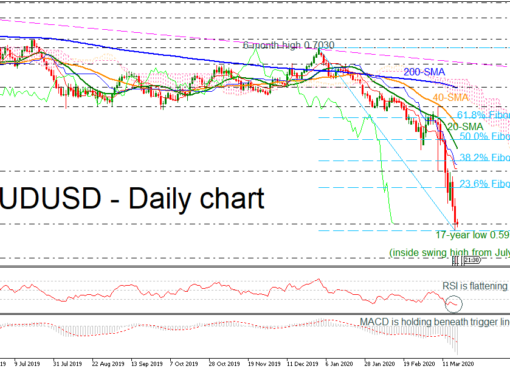 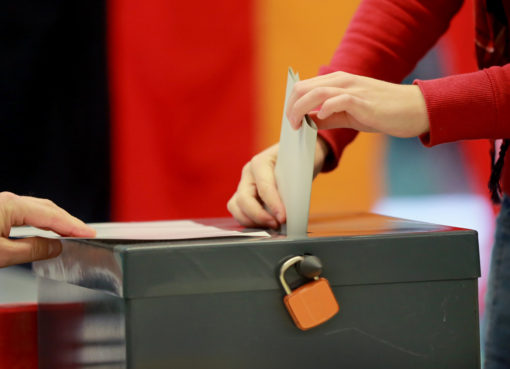 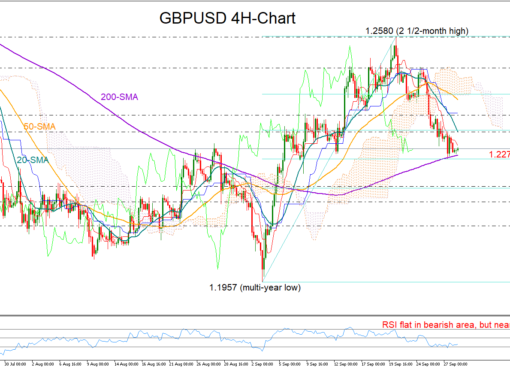