USD/ZAR hit a near 7-month high of 13.9095 today as the pair stretches an uptrend that began in late February. Momentum indicators are all in positive territory, pointing to a continuation of the strong bullish bias in the near term. However, the RSI has crossed into overbought levels, suggesting a downside correction could be due soon.

In the event of a downside correction though, immediate support is likely to come at the 261.8% Fibonacci projection of 13.6260. Further declines would pull prices towards the 13.40 support level followed by the 161.8% Fibonacci at 13.0720. A breach of this support would open the way towards the 100% Fibonacci (swing high) at 12.7296. This is also where the 200-day moving average is flatlining. A drop below it would shift the short-term bias to bearish.

In the more medium-term picture, the outlook is increasingly positive, with a bullish crossover of the 50- and 200-day moving averages looking imminent. 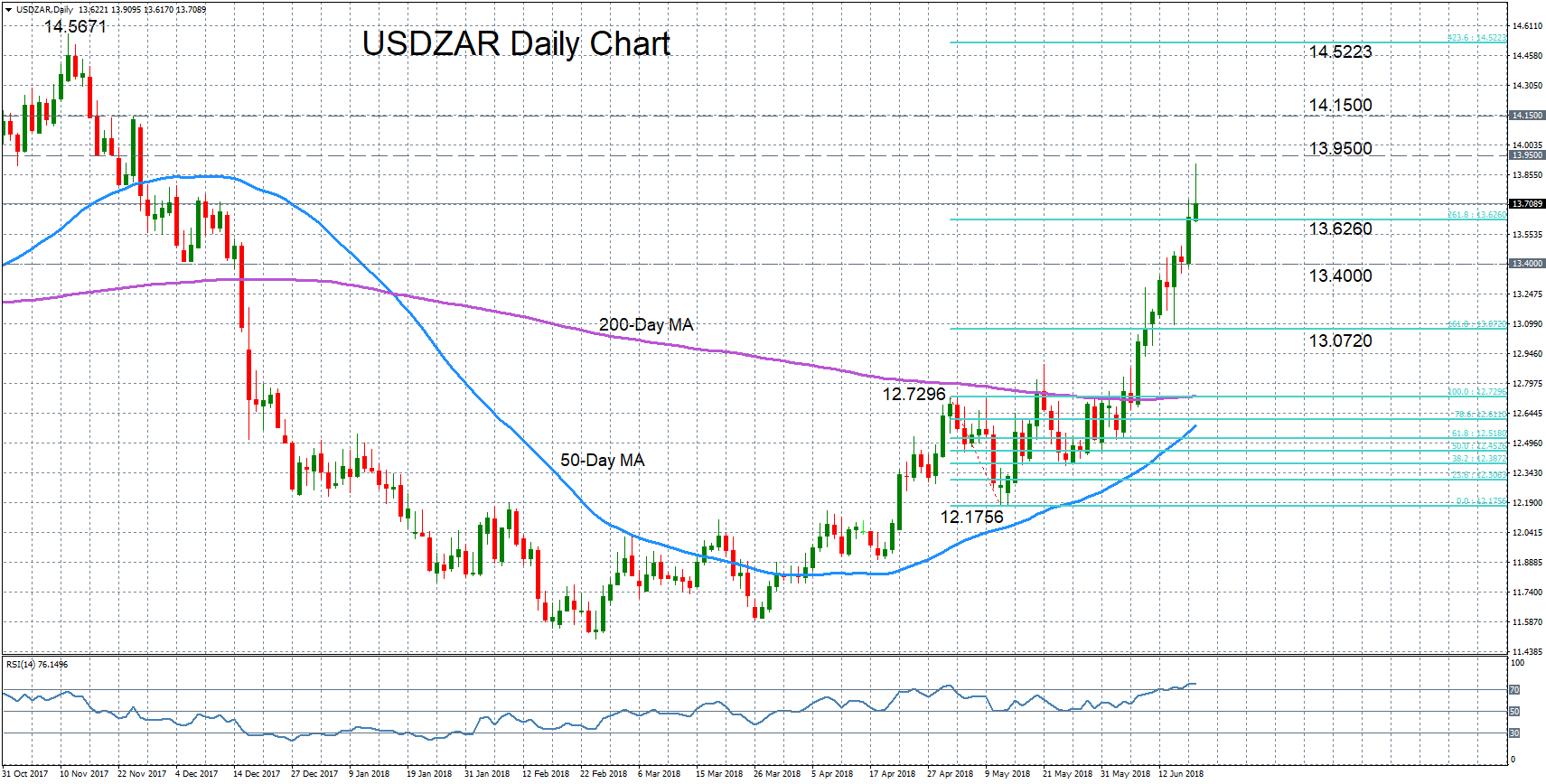