Home > Posts > Technical Analysis – NZD/USD consolidating in the near term 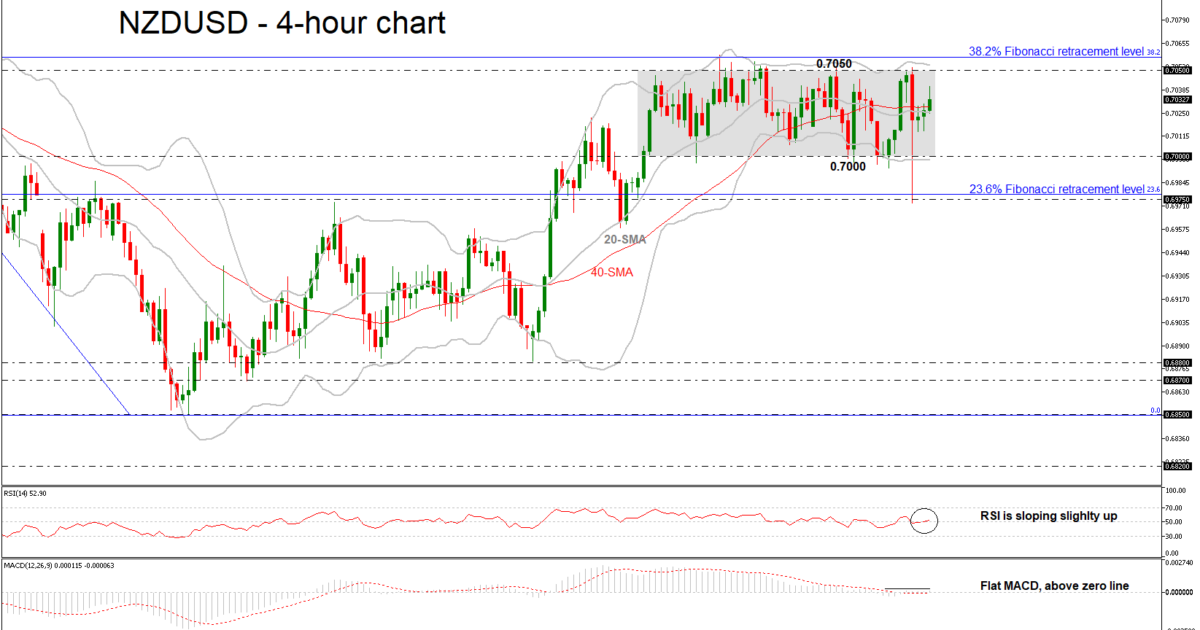 NZD/USD stands in Bollinger Band with weak momentum; consolidating in near term.

In the 4-hour chart, the RSI indicator is holding near the threshold of 50 and is moving slightly higher with weak momentum, while the MACD oscillator is flattening around the zero line, supporting the neutral picture as well.

However, should prices decline, immediate support could be found at the 0.7000 handle, near the previous lows. A drop below the aforementioned obstacle could open the door for the 23.6% Fibonacci which stands near the 0.6975 support level. 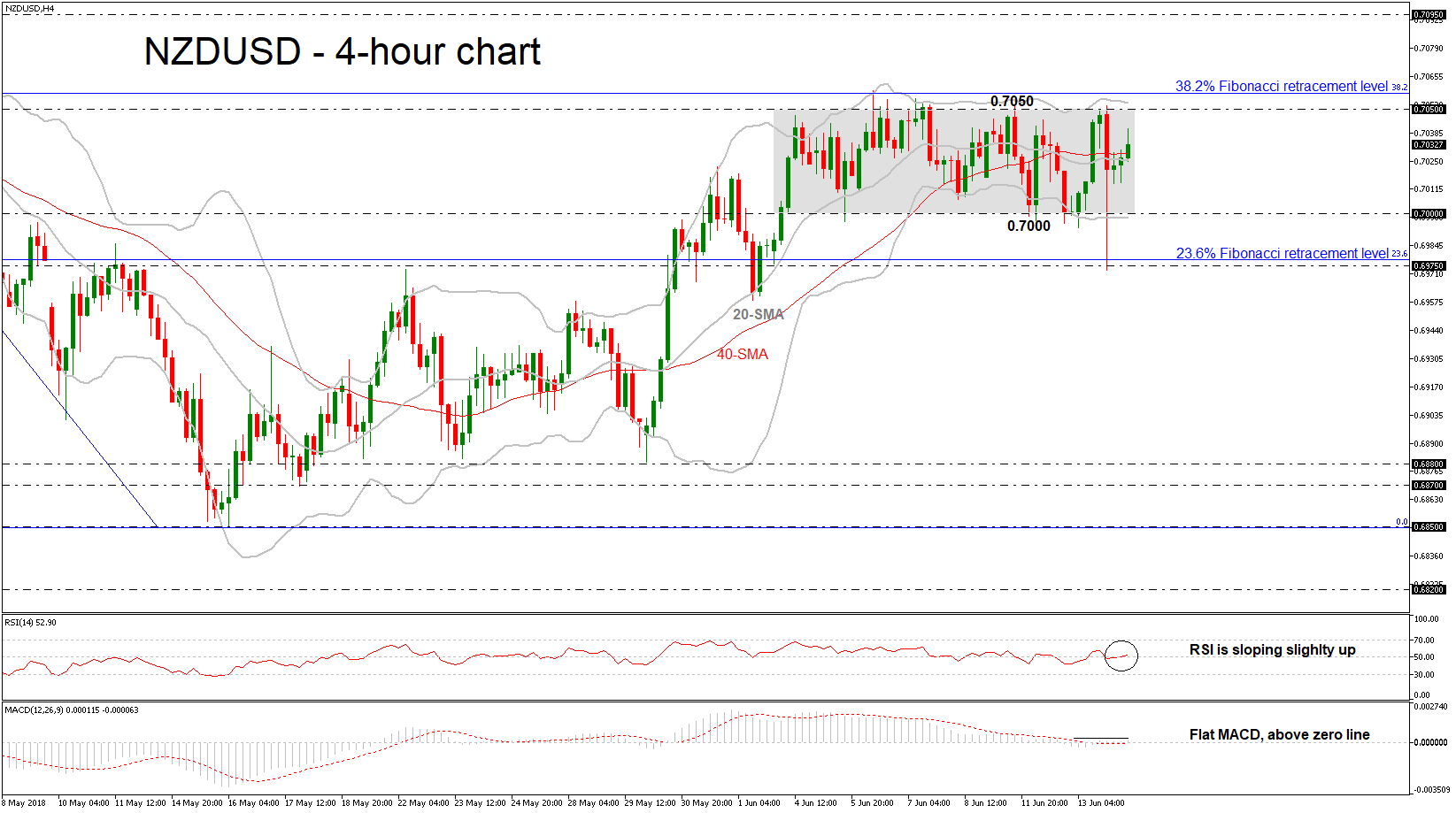 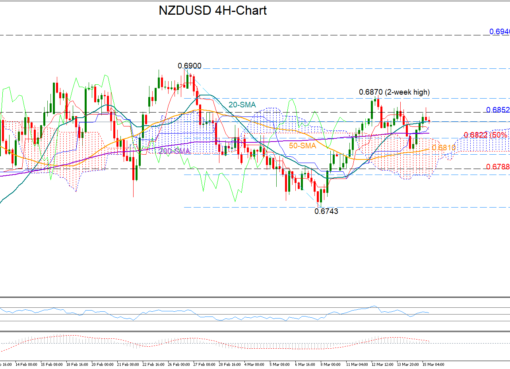