EUR/JPY has struggled above the 38.2% Fibonacci retracement level of the down-leg from 137.50 to 124.60, around 129.50 and below the 130.30 resistance level since Tuesday’s trading session. The sharp buying interest, especially in the previous week, has shifted the near-term bias from negative to positive as the price is in the process for a bullish correction.

The RSI is currently moving above the threshold of 50, while the MACD is flattening in positive territory, both hinting that the next move in prices could be sideways rather than on the upside. However, the stochastics indicate that a rebound is not far off since the oscillators are moving upwards. Still, this is more likely to happen as the % K line formed a bullish cross with the %D line.

Conversely, if the price drops below the aforementioned 38.2% Fibonacci of 129.50, it could shift the focus to the downside again until the 128.10 support. Then, if the market fails to hold above this level, the next stop could be at the 23.6% Fibonacci of 127.65.

In the bigger picture, the pair is bullish as long as it holds above the 20 and 40-simple moving averages (SMA). In case it violates these lines, bears could take the upper hand. 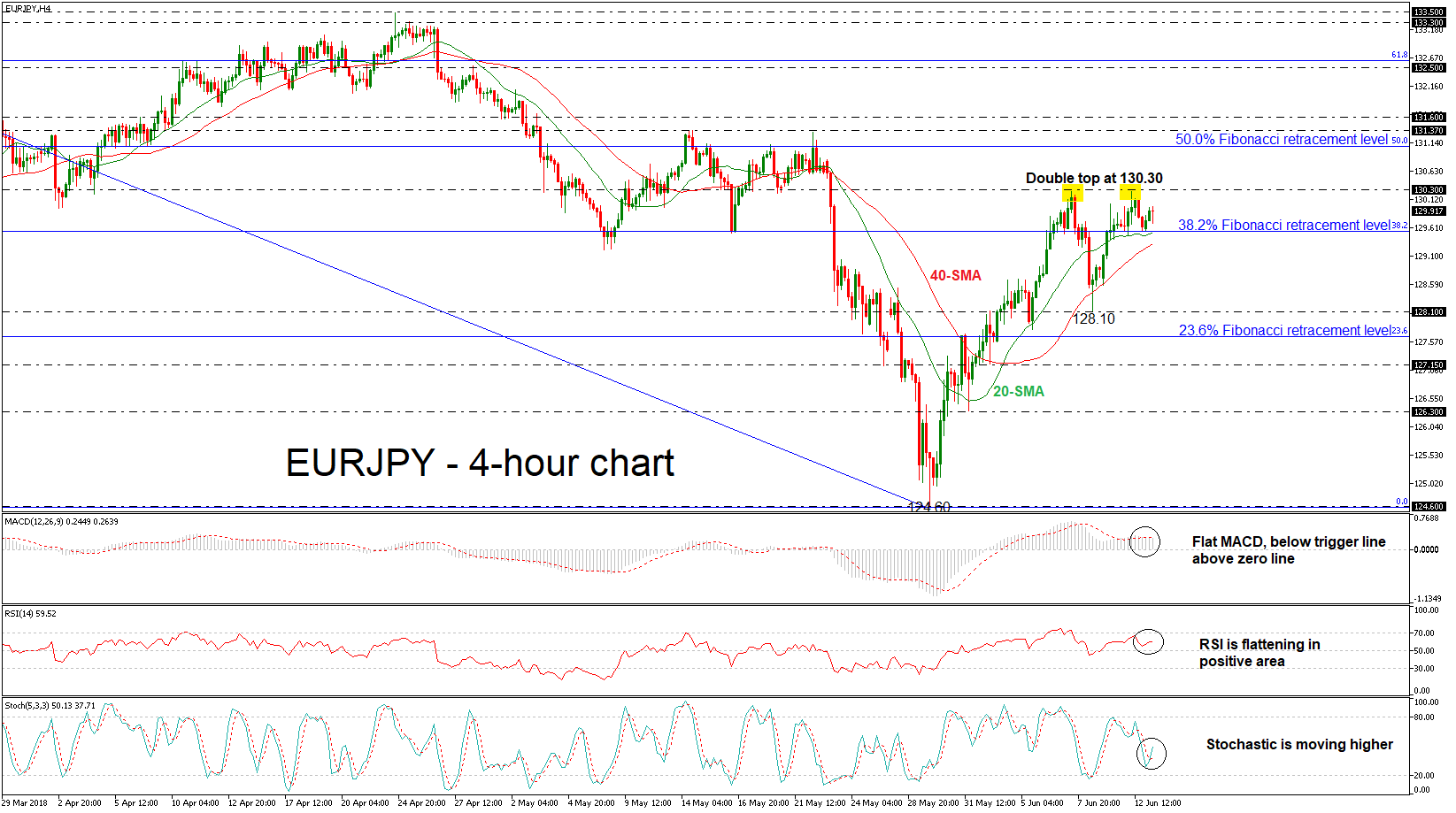