The US Federal Reserve is widely expected to deliver a 25 basis points increase to its benchmark interest rate on Wednesday. The announcement, due at 18:00 GMT on Wednesday, will come alongside the FOMC’s quarterly economic projections and will be followed with a press conference by Fed Chair Jerome Powell 30 minutes later. With a rate hike mostly priced in by the markets, the debate is whether the Fed will feel confident enough to signal two additional rate hikes this year, instead of the current forecast of one. 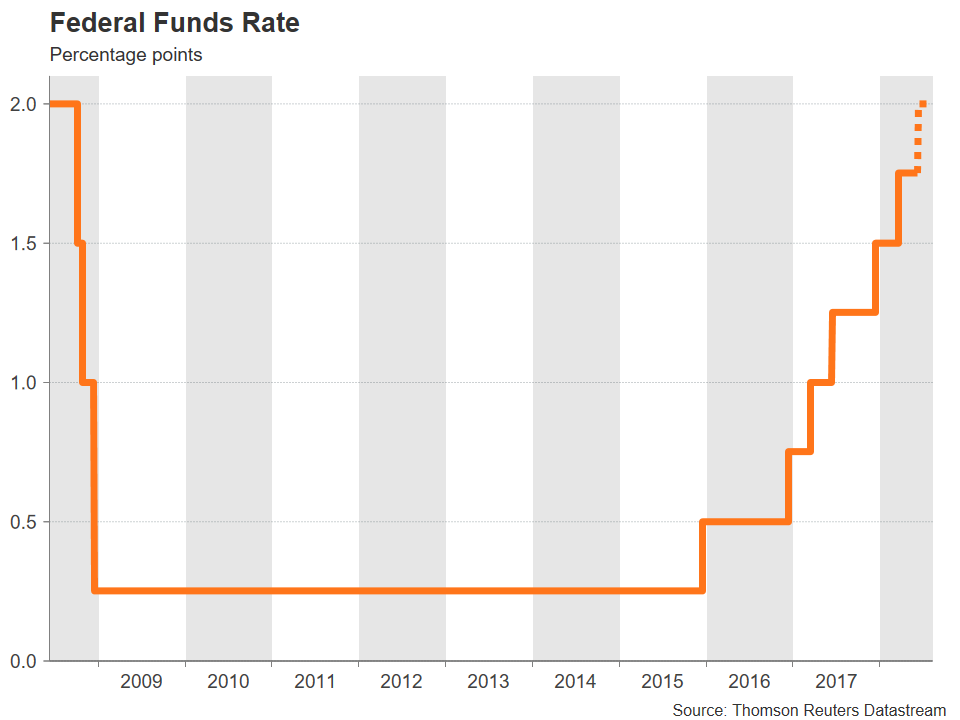 The Fed last raised rates in March, taking the federal funds rate to a target range of 1.50-1.75%. At the time, the Fed maintained its projection of a total of three rate increases in 2018. However, economic pointers for the United States since the March meeting have been going from strength to strength, suggesting a solid rebound in growth in the second quarter after a mild first quarter. And while wage pressures remain restrained, inflation has been creeping higher in recent months.

Inflation rose to a more than 6-year of 2.8% year-on-year in May, according to the consumer price index, some distance above the Fed’s objective of 2%. Even the Fed’s preferred indicator, the core personal consumption expenditures (PCE) price index has been moving closer to the central bank’s target, standing at 1.8% in April. 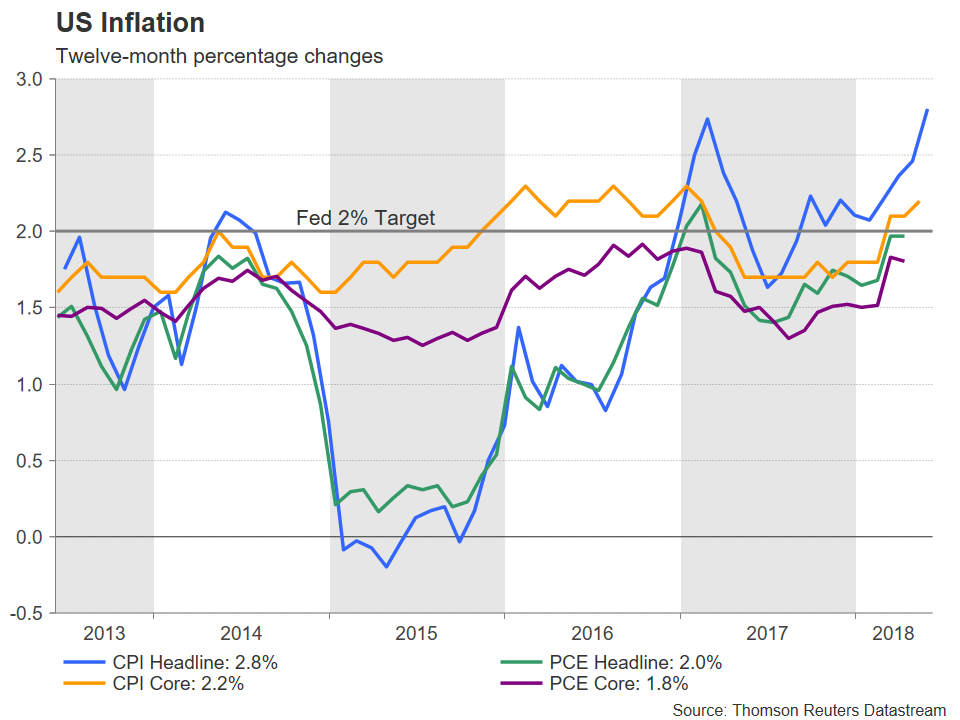 If the Fed’s latest dot plot chart is updated to a median projection of four rate rises in 2018 from three, traders could receive the catalyst needed to push the US dollar above the strong resistance area of 110 yen. A convincing break above 110 yen would open the way towards the May high of 111.39, though the pair would first need to overcome obstacles at 110.45, 110.70 and 111.00.

However, if the Fed maintains a cautious stance and once again resists plotting a steeper rate path before core PCE has reached 2%, the dollar will likely continue to consolidate within its recent range between 108.00-110.50, following the pullback from May’s 4-month peak of 111.39 yen. Disappointed traders could drag the dollar back towards the 109 handle where the 50-day moving average is converging. A breach of this support would bring the 108 level back into view, which is just above the 38.2% Fibonacci retracement of the January-March down-leg.

With the markets split as to whether the majority members of the Federal Open Market Committee (FOMC) will upgrade their forecasts of the expected number of rate hikes this year from three to four, a decision, either way, is not anticipated to generate many surprises.

Perhaps a more important shift that should be watched on Wednesday is the language within the statement. Ever since the Fed started the process of gradually lifting rates in December 2015, policymakers have been keen to stress that “the federal funds rate is likely to remain, for some time, below levels that are expected to prevail in the longer run”. However, with the fed funds rate expected to move above 2% over the coming months and the US growth stretch extending further, that language may no longer be judged suitable. Any modification to the language could signify the biggest change to the Fed’s guidance since the current rate hike cycle began and signal an end to the era of accommodative policy in the world’s largest economy.