NZD/USD finds resistance near 40-SMA in 4-hour chart; bearish mode is in progress.

NZD/USD has come under renewed selling pressure, falling below its 20-simple moving average (SMA) after the pullback on the 40-SMA in the 4-hour chart. Despite the latest bounce off, the pair has not posted a fresh lower low, yet, but the technical indicators are endorsing the negative pressure.

Looking at momentum indicators, in the short-term timeframe, they suggest further decline may be on the cards. The RSI indicator is sloping down in the negative area, while the MACD oscillator holds above its trigger line but remains in the bearish threshold.

In case of further declines, the next hurdle to watch is the five-month low of 0.6850, achieved during yesterday’s daily session. If sellers manage to push below that barrier, that would mark a new lower low for this year, increasing the probability for further bearish extensions. Support may be found near the 0.6820, identified by the bottom on December 2017.

Conversely, if the bulls retake control, price advances may stall initially, near the latest highs at 0.6985, which stands near the 23.6% Fibonacci retracement level of the down-leg from 0.7395 to 0.6850. A potential upside violation of this level would drive the pair towards the 0.7050 resistance barrier.

To sum up, NZD/USD has been posting steeper losses since April 13 with no significant upside correction so far. 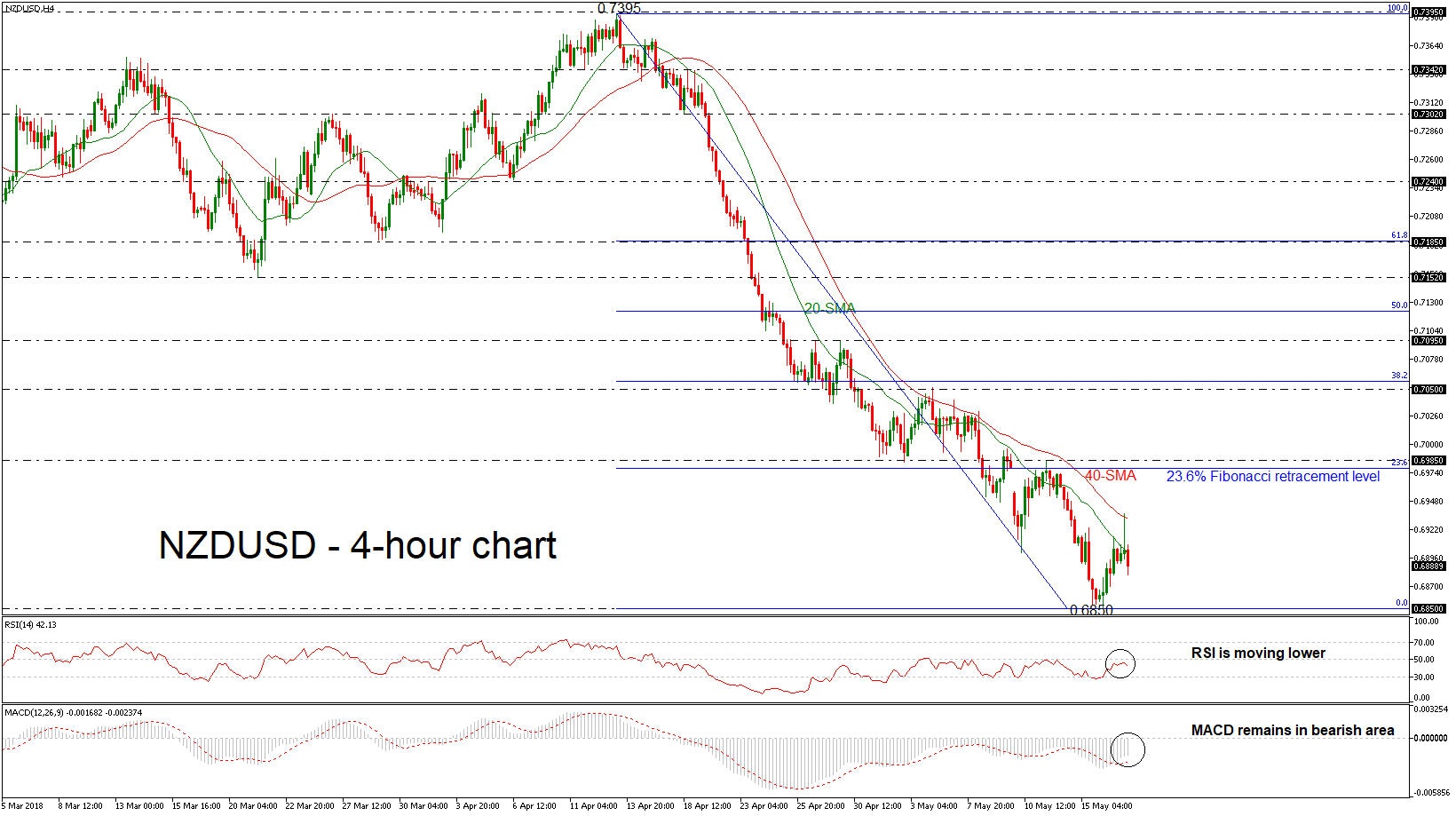