EUR/TRY holds just below an all-time high of 5.3236; indicators endorse a positive move.

EUR/TRY is set to complete the third straight green week, while it reached a new all-time high of 5.3236 during Wednesday’s trading session, despite that it ended the day in the red. Currently, the pair is trying to pare yesterday’s losses, while the technical indicators are signaling further bullish movement.

The positive bias in the daily chart is also supported by the RSI indicator, which has been hovering near the overbought level in the past few days. In addition, the MACD oscillator is creating a stunning upward move above its trigger line. It is worth mentioning, that the price is trading well above the 20- and 40-day simple moving averages (SMA).

Should the pair manage to strengthen its positive momentum, resistance could come around the all-time high. A successful close above this area, would further strengthen the bullish bias and open the way towards the 161.8% Fibonacci extension level of the down-leg from 5.1965 to 4.8700 of the 5.4000 psychological level.

However, if prices are unable to break the 5.3236 resistance in the next few sessions, the risk would shift to the downside, with the 20- and 40-SMAs coming into focus at 5.0447 and 5.0157 respectively. A drop below these levels would signal a bearish correction until the 4.8700 support, which stands near the ascending trend line, which has been holding since September 2017. 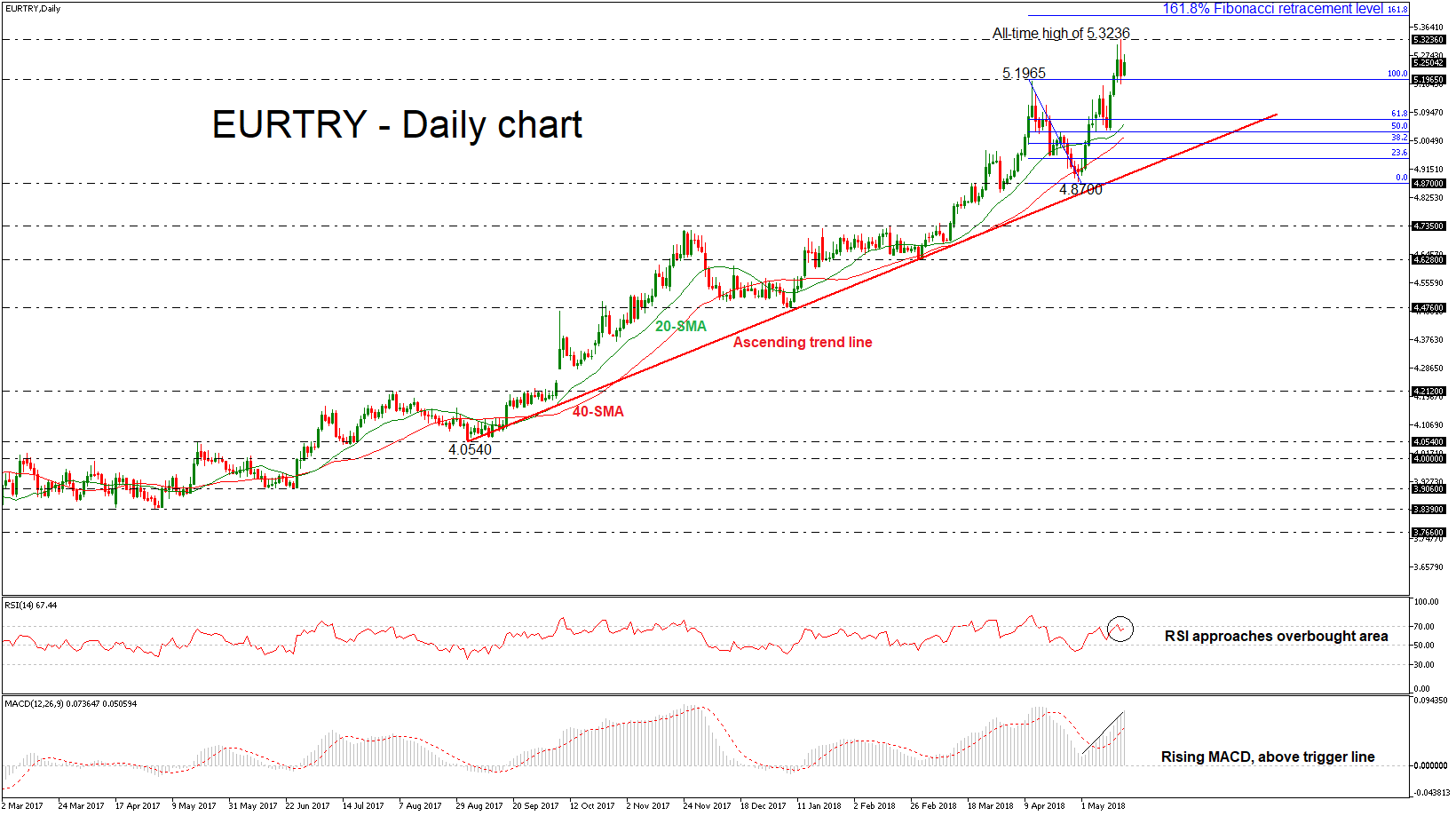