EUR/JPY bounced off the 131.37 high during Monday’s trading session and posted some losses reaching the 130.30 support level and the 40-simple moving average in the 4-hour chart. Hence the upside momentum appears to have run out of steam as prices have been attempting and failing to close above the 137.37 line in the past couple of days.

Looking at momentum oscillators on the chart though, they suggest further declines may be on the cards in the short-term. The MACD is below its trigger line, detecting negative movement, and is moving downwards, while the ROC, already negative, lies below its zero line with strong momentum.

Should prices decline, immediate support could be found around the 130.30 level, an area which was challenged earlier in the European session. A bit lower the 23.6% Fibonacci retracement level of 130.20 of the down-leg from April 24 to May 8 could act as major support for the bulls. Below this area, the price should challenge the significant 130.00 handle. A successful close below the aforementioned obstacle could push the price towards the 129.20 support, raising chances for further declines.

In the daily chart, the outlook remains bearish since prices completed a negative day on Tuesday and are set to post another one after four consecutive positive sessions. 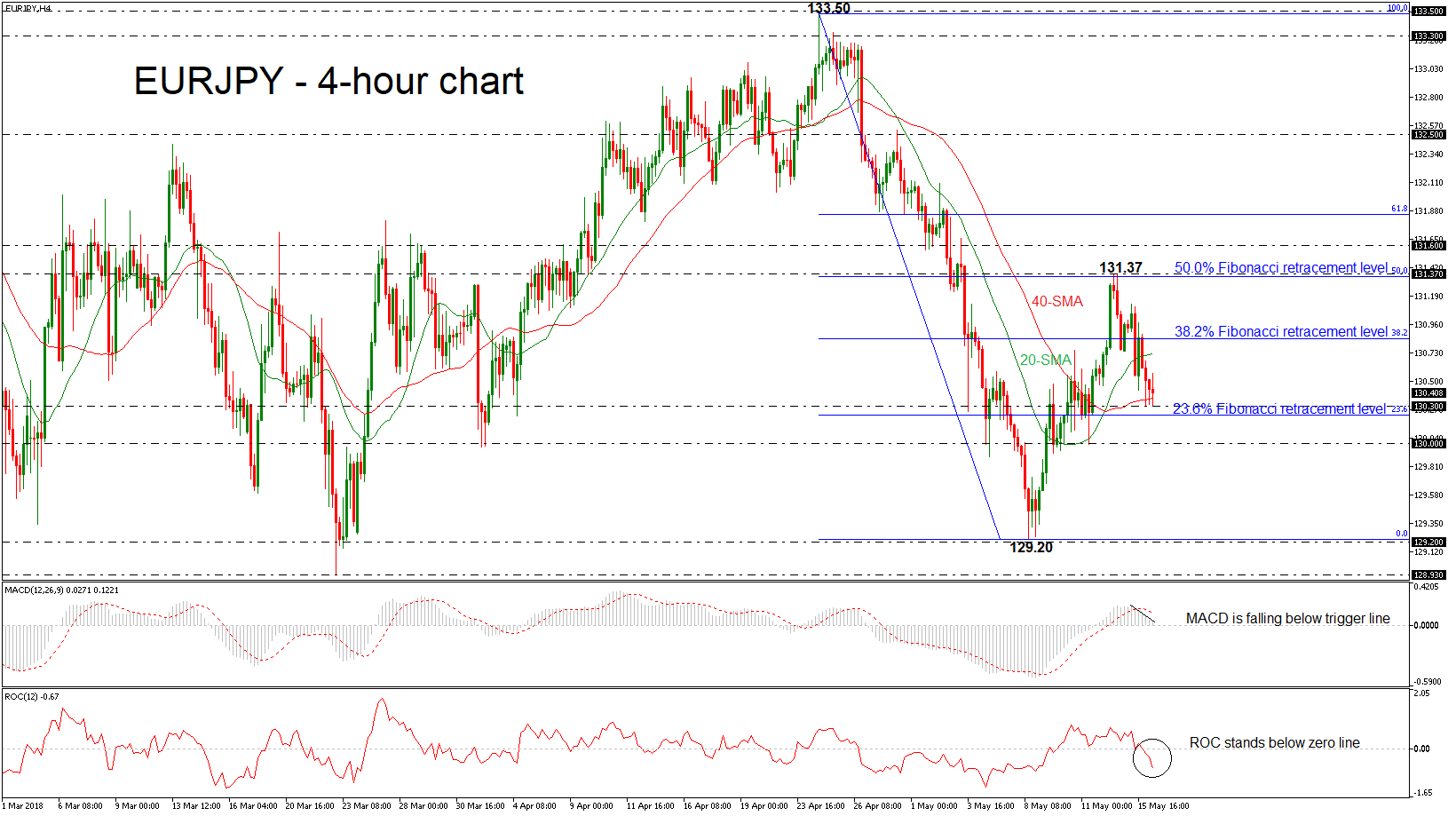