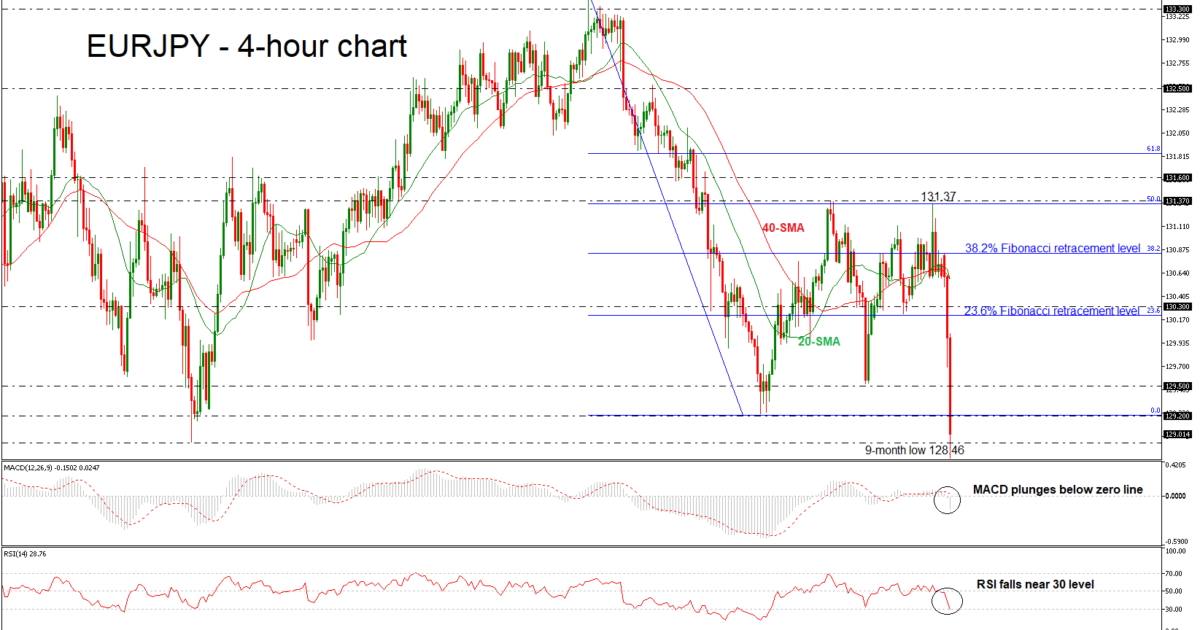 EUR/JPY plummeted over today’s early European session, losing more than 200 pips after finding resistance at the 38.2% Fibonacci retracement level of the down-leg from 133.50 to 129.2, near 130.85. This week, the pair is on the backfoot, creating a new nine-month low at 128.46 and the technical indicators in the 4-hour chart suggest that the market could ease more in the short-term.

Technically, in the 4-hour chart, the RSI is currently increasing negative momentum towards its oversold zone after the rebound on the neutral threshold, while the MACD oscillator is strengthening its bearish momentum plunging below the zero line.

Should prices decline, immediate support could be found around the 128.00 psychological level, an area which has provided support to price action on August 11, 2017. Then a leg below that level, the pair could meet the 127.55, the lowest level reached since August 18, 2017.

However, if the market manages to pick up speed, the 129.50 level, could offer nearby resistance ahead of the 23.6% Fibonacci near the 130.30 resistance level. A significant close above the latter level could touch the 20- and 40-simple moving averages (SMA) around 130.60.

EUR/JPY continues the aggressive sell-off that started a month ago and the outlook remains strongly negative since prices hold below all the moving averages and the bearish cross between 20- and 40- SMAs stays in place. 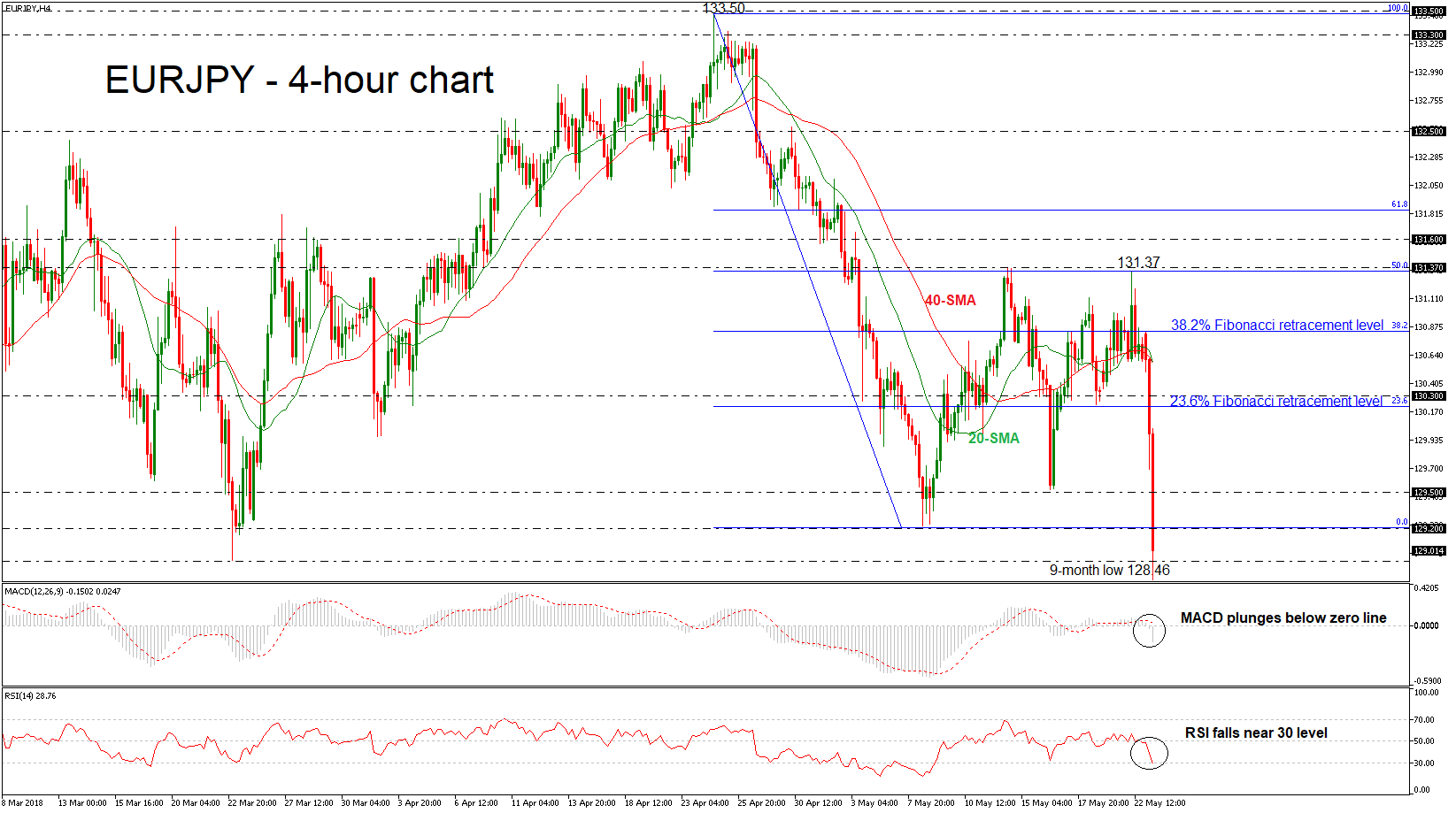 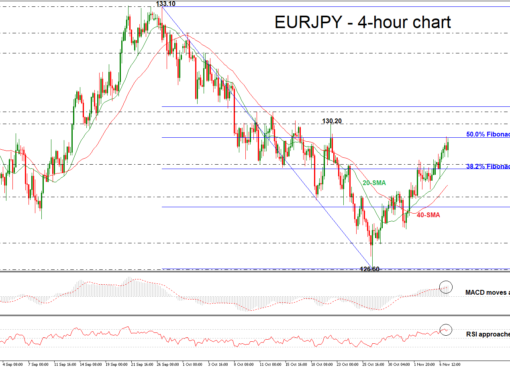 Technical Analysis – EUR/JPY on the up 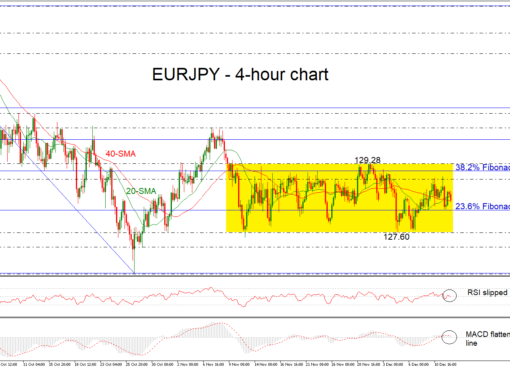 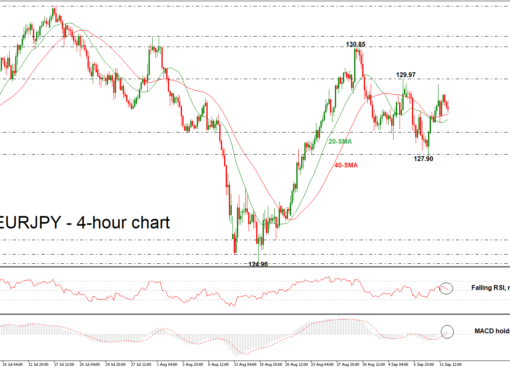