EUR/CAD has declined considerably since late April and eventually touched a four-month low of 1.5148 during Thursday’s trading. For perspective, the pair has shed 5.9% after posting a nine-year high of 1.6151 in late March.

The negatively aligned Tenkan- and Kijun-sen lines are supportive of a bearish short-term picture. The Chikou Span, though, is suggesting an oversold market, rendering a move to the upside in the near-term a possibility.

Further declines could meet support around yesterday’s four-month low of 1.5148, with the areas around the 1.51 and 1.50 round figures being eyed next in case of steeper declines.

Should the pair instead advance, resistance could come around the current level of the Tenkan-sen at 1.5329, while the 1.53 handle not far below might also act as a barrier – notice that this (1.53) also corresponds to a peak from late 2017.

The medium-term outlook is looking mostly negative, with trading taking place below the 50- and 100-day moving average lines, as well as below the Ichimoku cloud.

Overall, both the short- and medium-term outlooks are looking bearish at the moment. Some signs of an oversold market in the short-term should not be disregarded though. 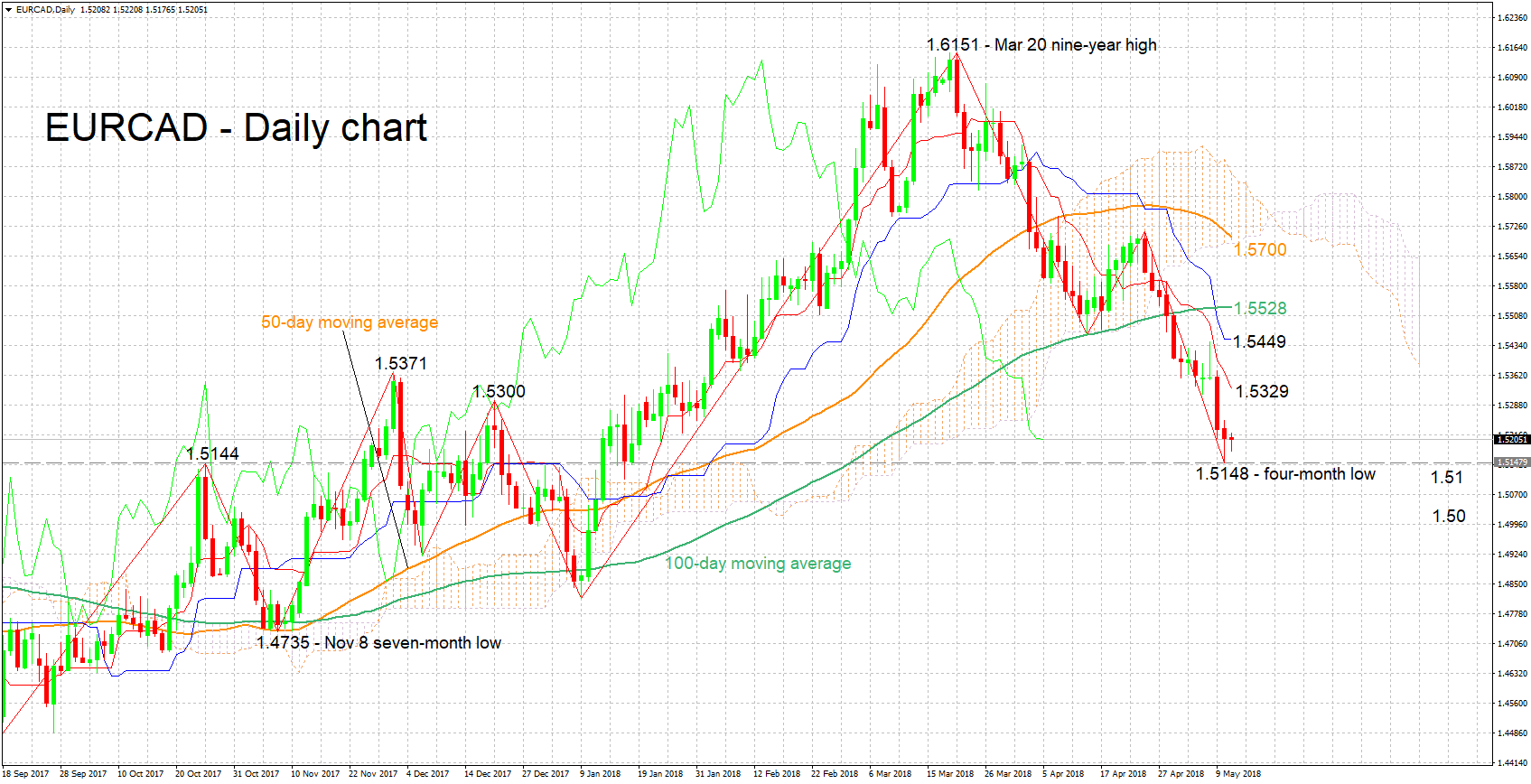