The Germany 30 index has climbed considerably since late March and after coming close to revisiting the 15-month low of 11,691.60 recorded in early February. Earlier on Monday, the index touched a three-month high of 12,889.50.

The Tenkan-sen and Kijun-sen lines are positively aligned, supporting the case for a bullish bias in the short term. The Chikou Span, though, may be hinting to an overbought market, the implication being that a pull-back in the near term is not to be ruled out.

Immediate resistance might be taking place around the 61.8% Fibonacci retracement level of the January 23 to February 6 down-leg at 12,868.78. This level itself was momentarily violated earlier in the day, but the area around it seems to be still acting as a barrier to the upside. Further above, additional resistance could come around the 13,000 handle, a level of potential psychological importance.

The medium-term outlook has turned predominantly bullish after the index crossed above the 100-day MA (and consequently above the Ichimoku cloud). A drop back below this level though would set a more neutral medium-term picture.

Overall, both the short- and medium-term outlooks are looking mostly positive, though a signal for a possibly overextended rally in the short term is in place at the moment. 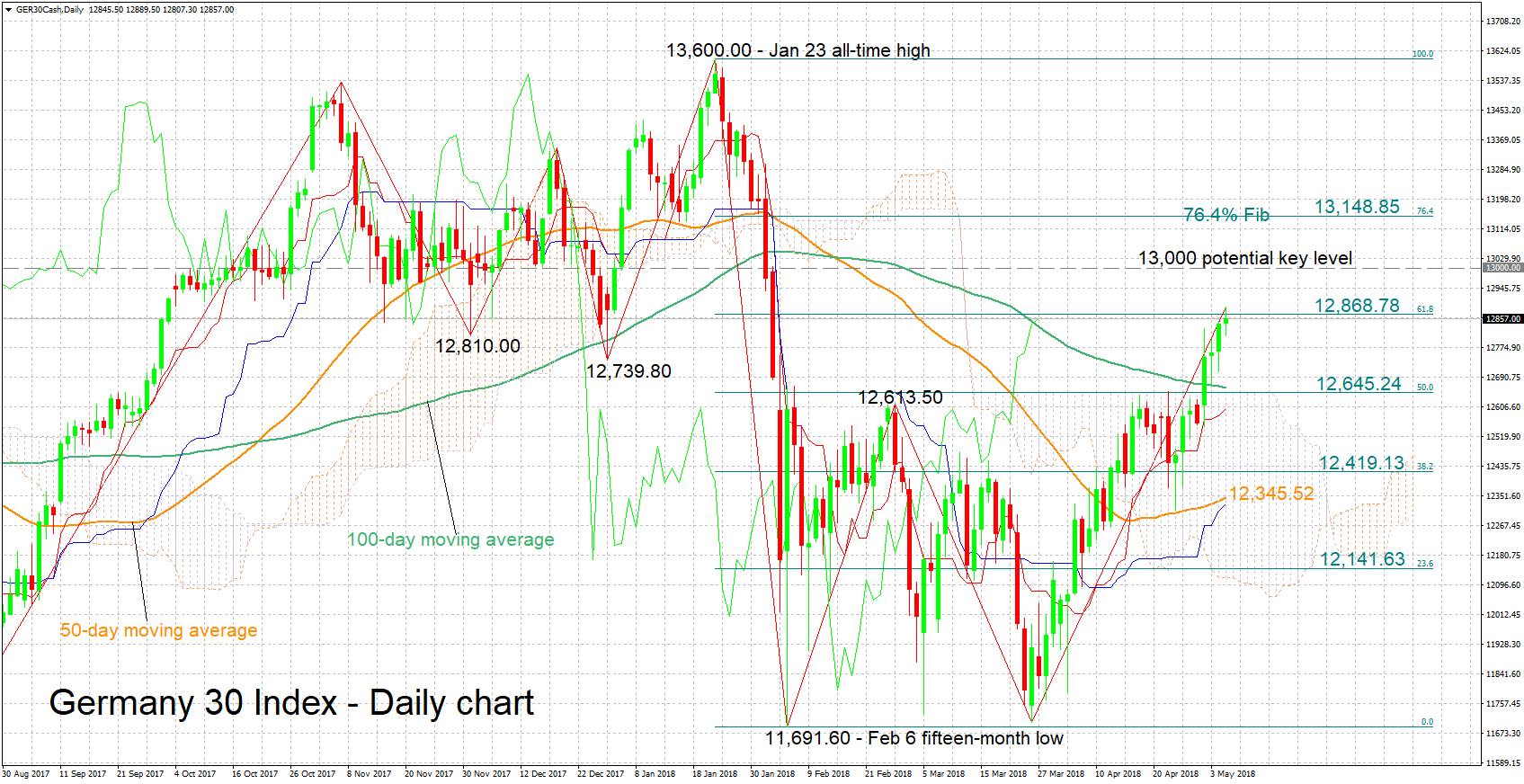