WTI crude oil futures have been underperforming in the past few hours after the pullback from the more than three-year high of 67.73. When looking at the bigger picture the price has been developing within an ascending move since February 9, retesting several times the diagonal trend line. The technical indicators, in the 4-hour chart, are confirming the bearish correction in price action.

After their deep fall, the momentum indicators turned south in the short-term. The RSI indicator is holding slightly below its threshold of 50, while the MACD oscillator is falling below its trigger line but is still standing in the positive territory. As a side note, the price is trading below the 20-simple moving average (SMA), signaling a deeper downward movement.

If prices continue to head lower and have a session close below the 66.00 psychological level, it could endorse the negative scenario and cause a run towards the next support at the 23.6% Fibonacci retracement level of 65.45 of the up-leg from 58.15 to 67.76. This level stands near the 40-SMA in the 4-hour chart, which is acting as major support barrier. A decline below this area could open the way towards the 64.00 handle, which coincides with the 38.2% Fibonacci mark.

However, should an upside rally take form again, immediate resistance will likely come from the three-year high. If this area is breached, it could increase upside pressure until the next critical level of 68.00. 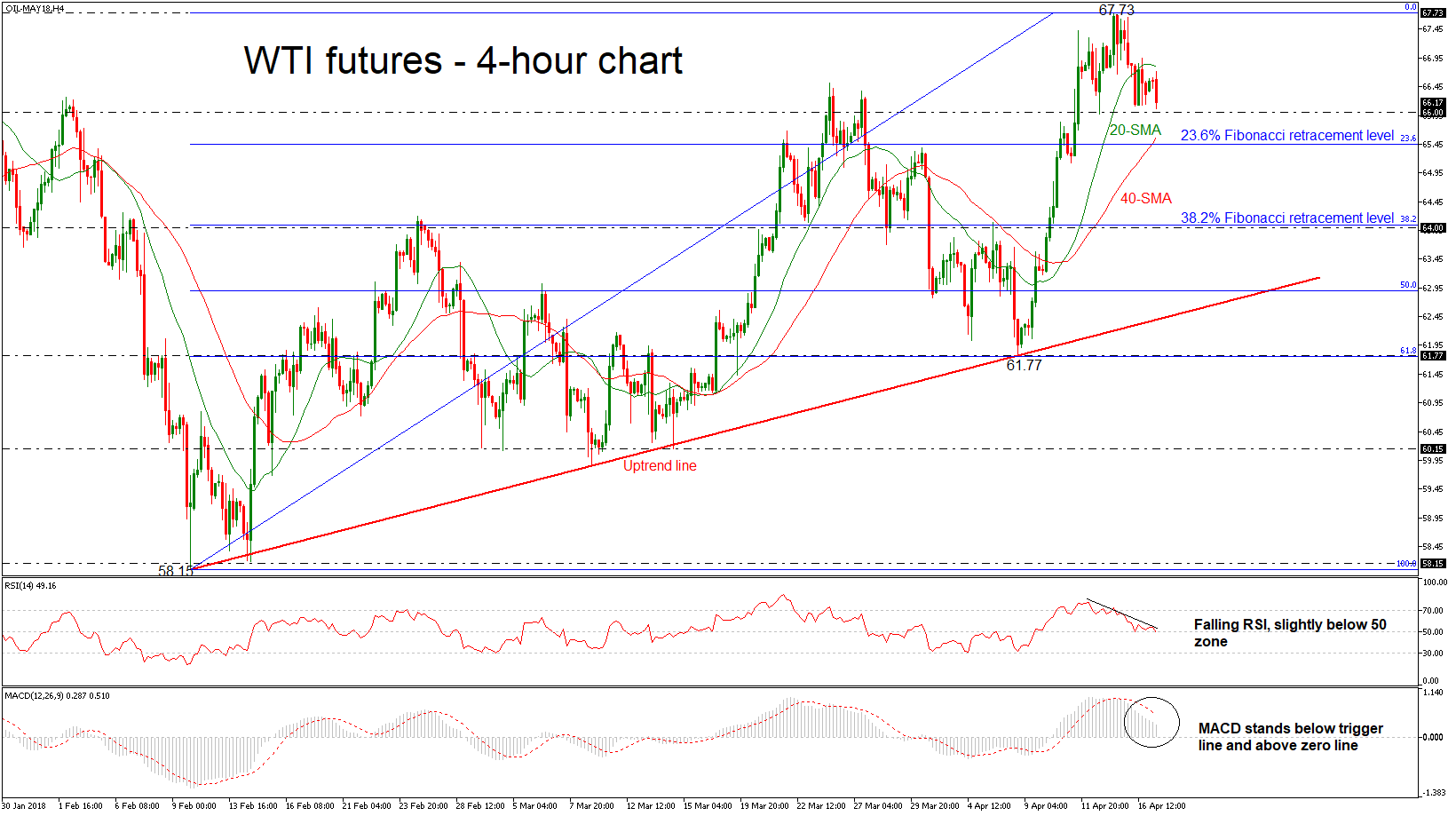