WTI futures have reversed back up again after finding support at the 67.10 level achieved on Monday. The price completed two straight bullish weeks and is approaching the three-year high of 69.52. The bullish picture in the short term is further supported by the technical indicators.

In the 4-hour chart, the MACD oscillator is rising and posted a bullish cross with its red trigger line, while the Relative Strength Index (RSI) is approaching the overbought level, near 70. The 20-simple moving average (SMA) is flattening, however, the 40-SMA is following the price action. The price is standing well above of the moving averages.

Further gains should see the April 19 high of 69.52 acting as a major resistance level. A successful close above this significant hurdle could open the door for the 63.00 handle.

It is worth mentioning that WTI crude oil has been developing within an uptrend since February 9, hitting several times the medium-term ascending trend line. 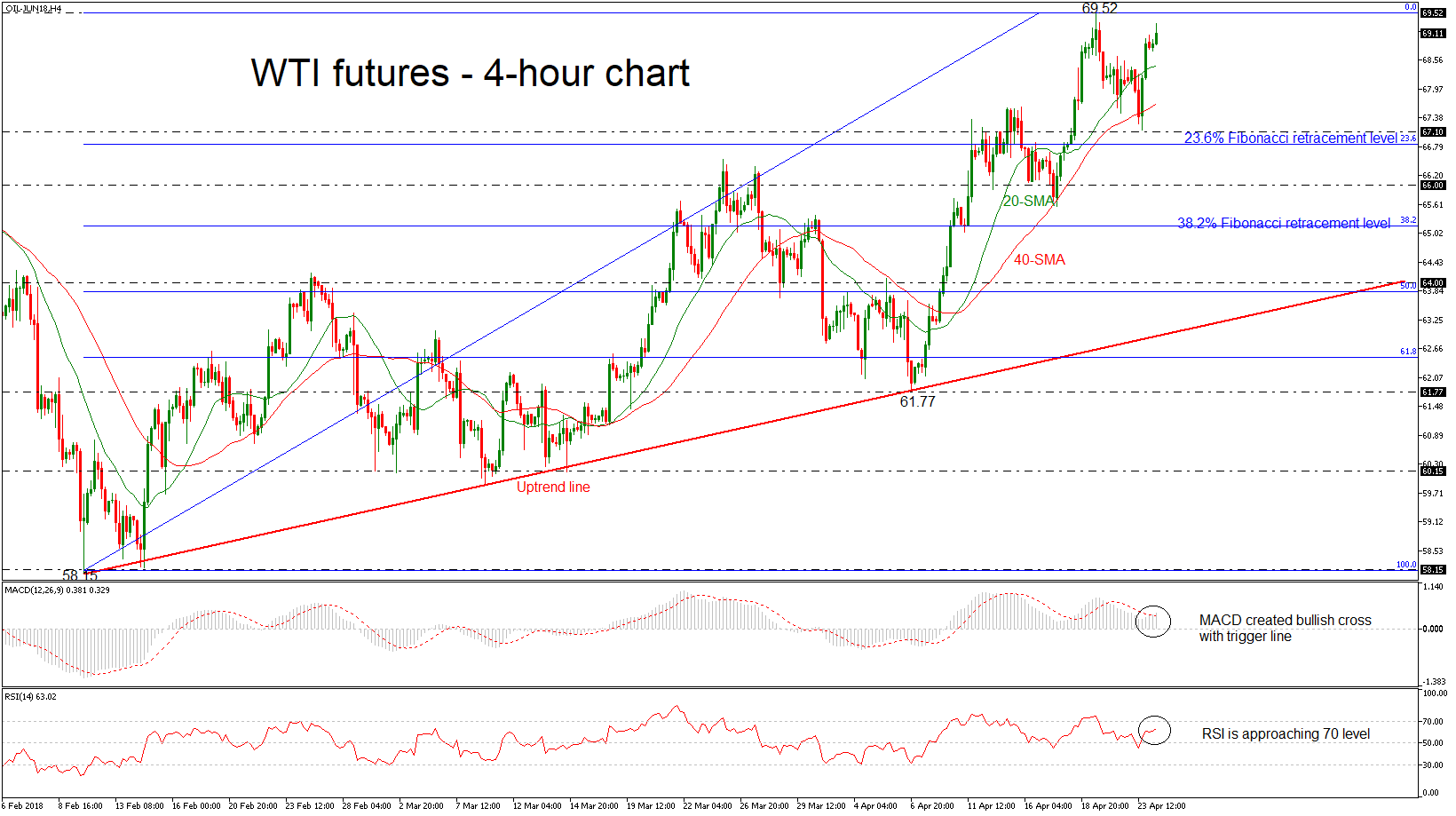