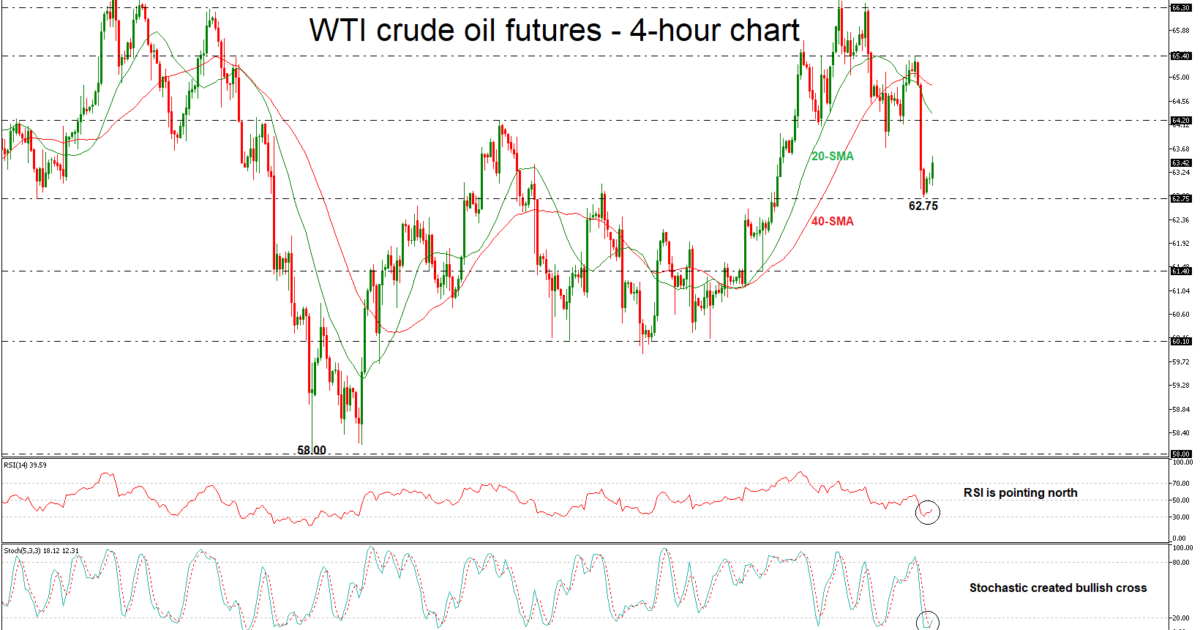 WTI crude oil futures hover above the two-week low of 62.75.

WTI has reversed back down again and plummeted aggressively after finding resistance at the 65.40 level during yesterday’s session. The price recorded a new two-week low of 62.75, which holds near the 20-day simple moving average (SMA) and currently, is paring some losses.

After their deep fall, in the 4-hour chart, the momentum indicators are moving higher after hitting the oversold areas. The Relative Strength Index (RSI) is hovering below the 50-neutral level in the past few days but is sloping to the upside. The %K line of the stochastic oscillator has jumped above the %D line and attempted a bullish crossover, suggesting upside correction.

If prices continue to head higher, after the sharp sell-off, resistance could come at the 64.20 resistance barrier, which is standing slightly below the 20-SMA in the short-term. A jump above the aforementioned level and a move higher towards the 40-SMA would reinforce the near-term bullish view, that will open the way towards the 65.40 key level.

However, should a downside reversal take form again, immediate support will likely come from the two-week low. If this area is breached, it could increase downside pressure until the 61.40 level, taken from the low on March 19. 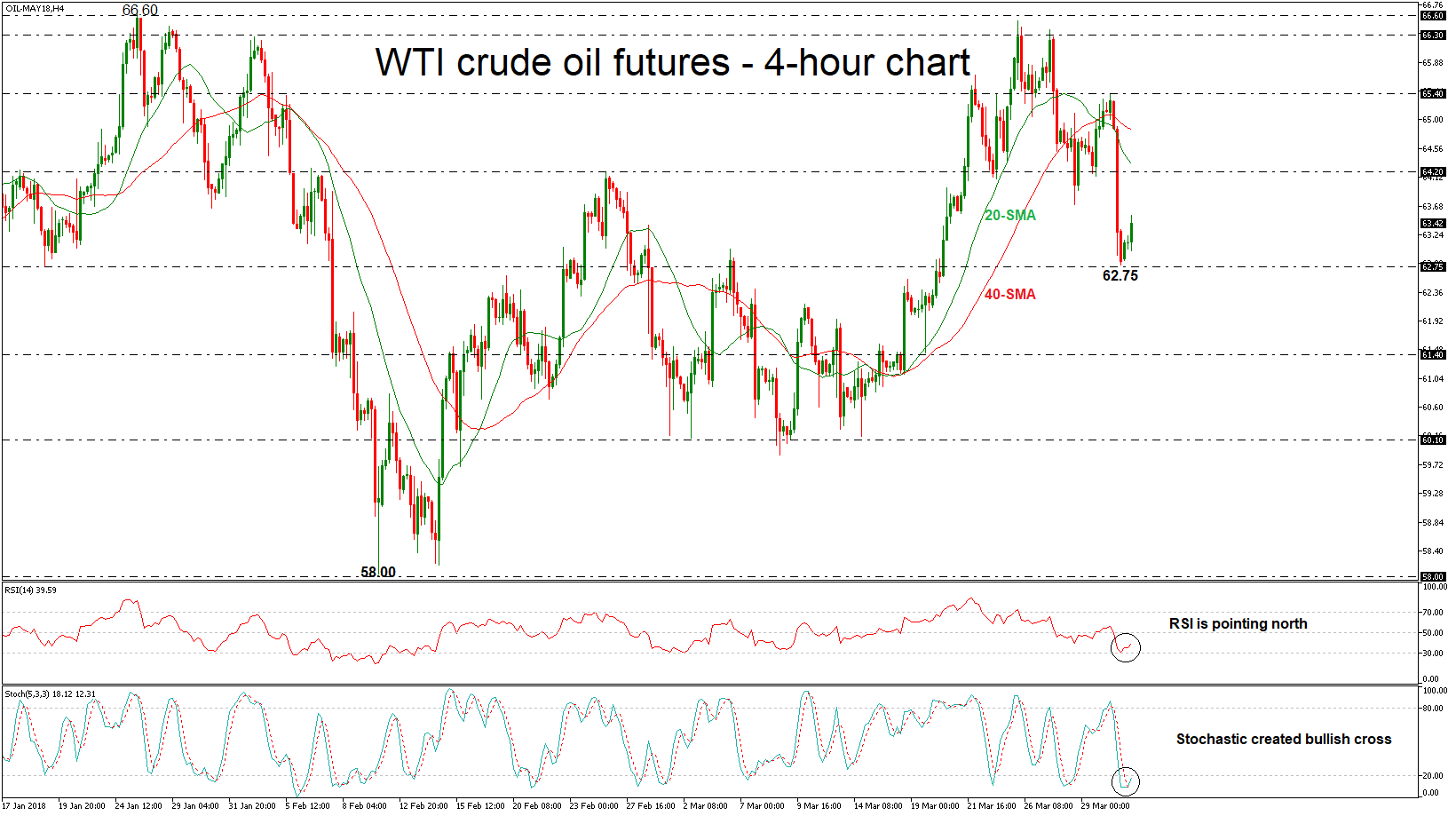 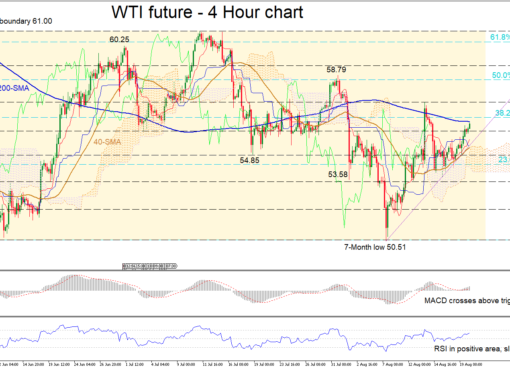 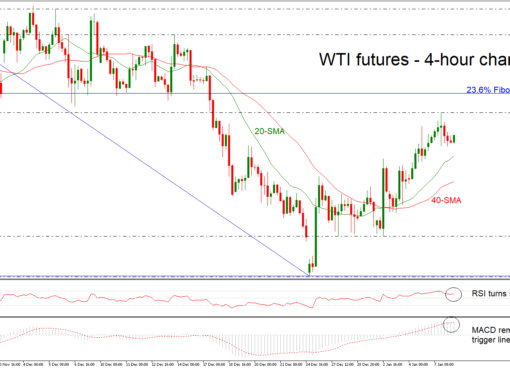