USD/RUB recorded a stunning rally last week towards a 16-month high of 64.83, marking an overall gain of 6.4% during the period. This week, though, the pair is on the backfoot and the technical indicators suggest that the market could ease a little bit in the short-term.

The RSI is currently losing strength and looks to be heading towards its neutral threshold of 50 after an exit from overbought levels, while the MACD is slowing down in positive territory, both hinting that the next move in prices could be on the downside rather than on the upside. However, stochastics indicate that a rebound is not far off since the oscillators are near to oversold levels. Still, this is more likely to happen if the green % K line finally forms a bullish cross with the red %D line.

In the bigger picture, the pair is bullish as long as it holds above the 200-day MA. In case it violates this line, bears could take the upper hand. 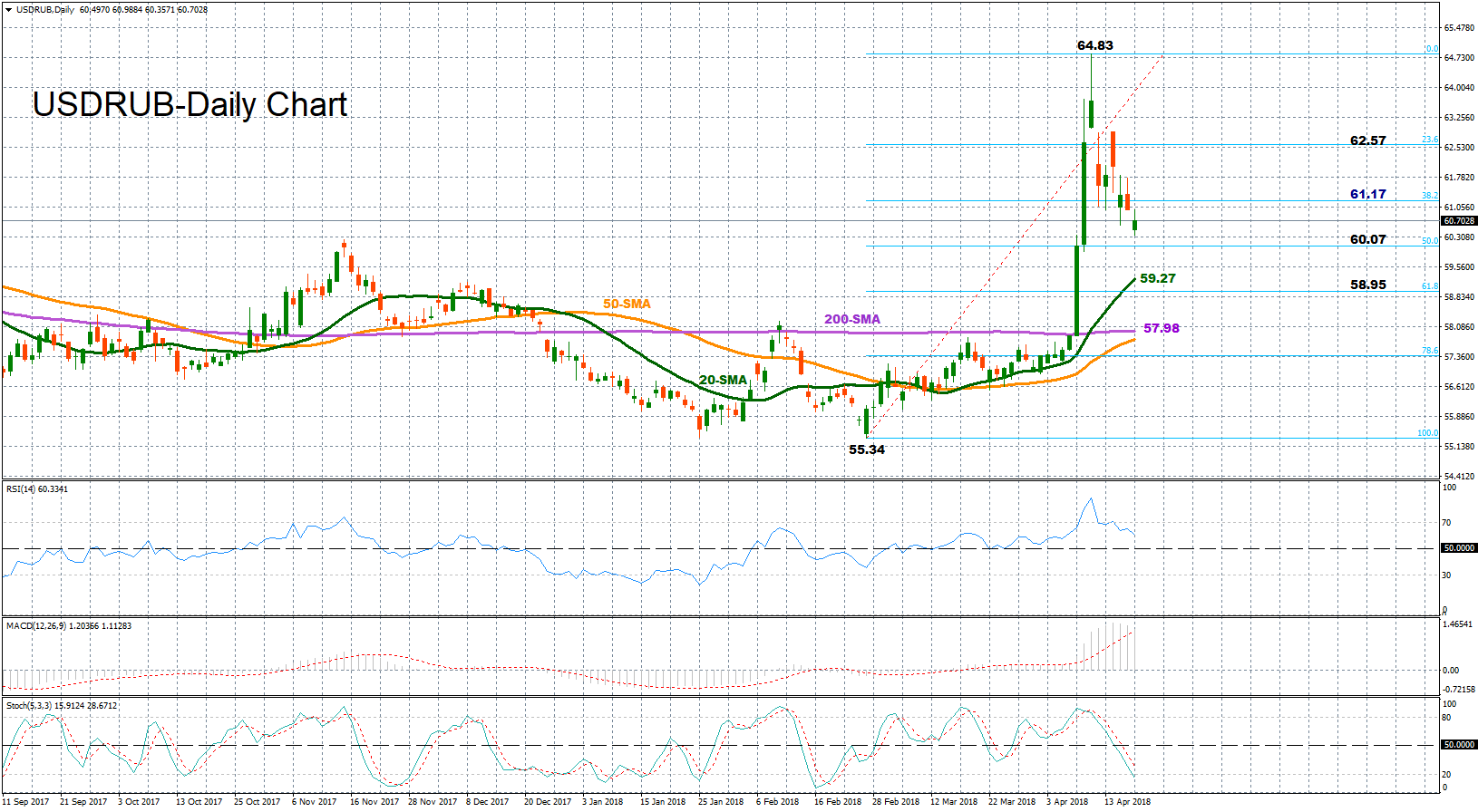