USD/JPY maintains a weak bias in near term; the broader trend is bearish.

USD/JPY remains under strong pressure and is looking more neutral as prices failed several times to climb above the 107.50 resistance level. This week’s upside momentum appears to have run out of steam as prices are flattening near the 107.00 psychological level. Looking at the bigger picture, the US dollar has been developing within a downward sloping channel against the Japanese yen since November 2016.

The neutral bias in the near term is also supported by the RSI indicator, which has been hovering slightly above the 50-neutral level in the past few days but failing to cross into negative territory. Also, the MACD oscillator is flattening above the zero line and is still moving with weak momentum. The 20 and 40 simple moving averages in the daily timeframe are pointing to the upside, suggesting a bullish crossover in the next few days in case of upside movement.

Should the pair manage to strengthen its positive momentum, the next resistance could come around the 108.00 psychological level. This level is the 23.6% Fibonacci retracement level of the down-leg from 118.60 to 104.60. A break above the next resistance near 108.20 would shift the bias to a more bullish one and open the way towards the 38.2% Fibonacci near the 110.00 handle.

However, if prices are unable to jump above the aforementioned obstacles in the next few sessions, the risk would shift back to the downside with the 40- and next to the 20-day SMA’s once again coming into focus at 106.40 and 106.30 respectively. A drop below these levels would signal a resumption of the longer-term downtrend. The next key support to watch lower down is the 105.65 level and then the more than 16-month low of 104.60. 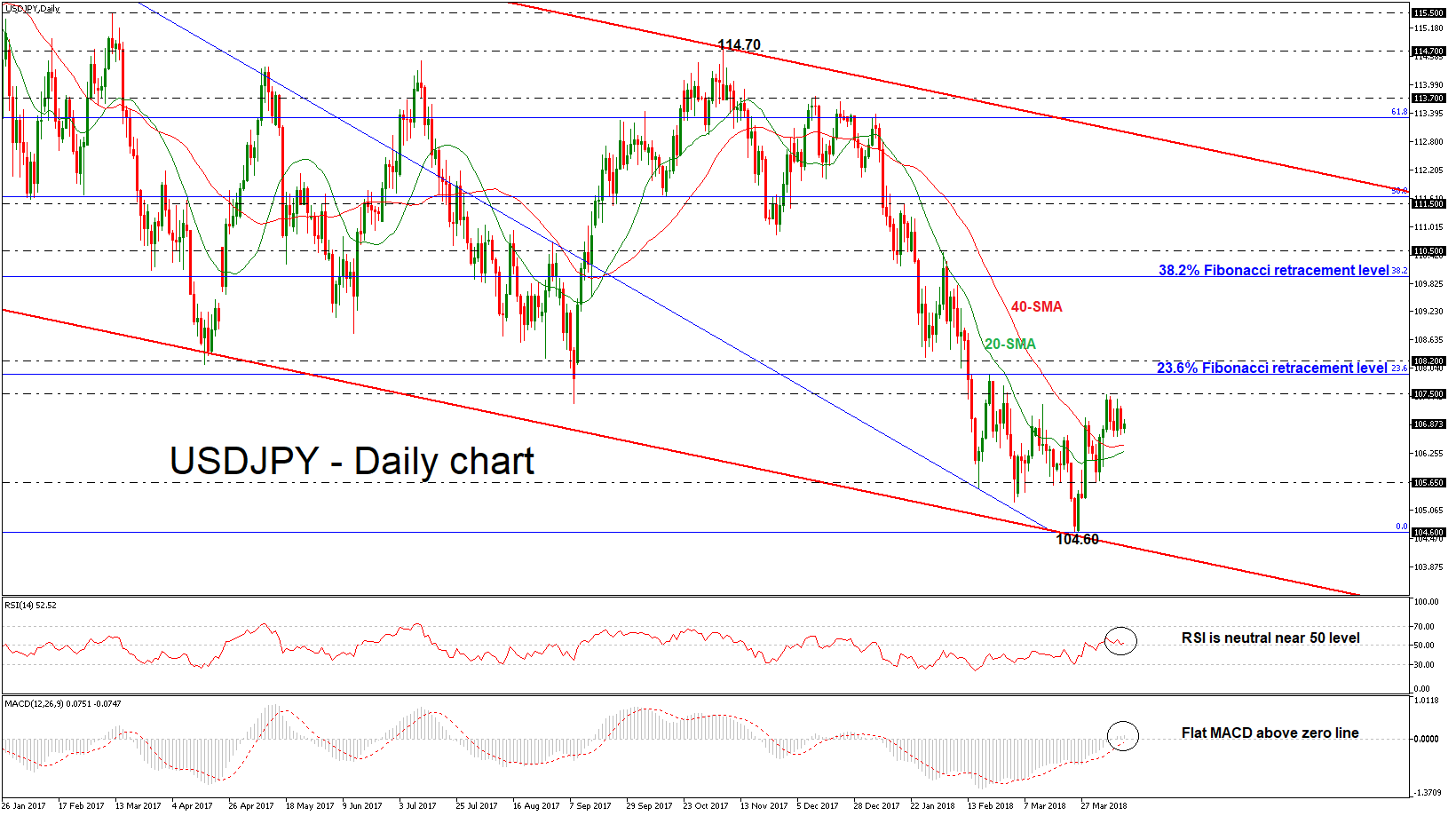