Google stock price edged higher over yesterday’s session, jumping above the 40-day simple moving average (SMA). The price rebounded on the 980.00 support level, which overlaps with the long-term ascending trend line, which has been standing since June 2015. The short-term momentum indicators are confirming the recent bullish bias.

In the daily timeframe, from the technical point of view, the stochastic oscillator records an aggressive bullish movement and entered the overbought zone, while the MACD oscillator is moving towards the positive area.

To the upside, in case of a continuation of the advance the next significant level to have in mind is the 1185 resistance, which last touched on January 29. A successful surpass above this area could take the stock closer to the 1200 key level. 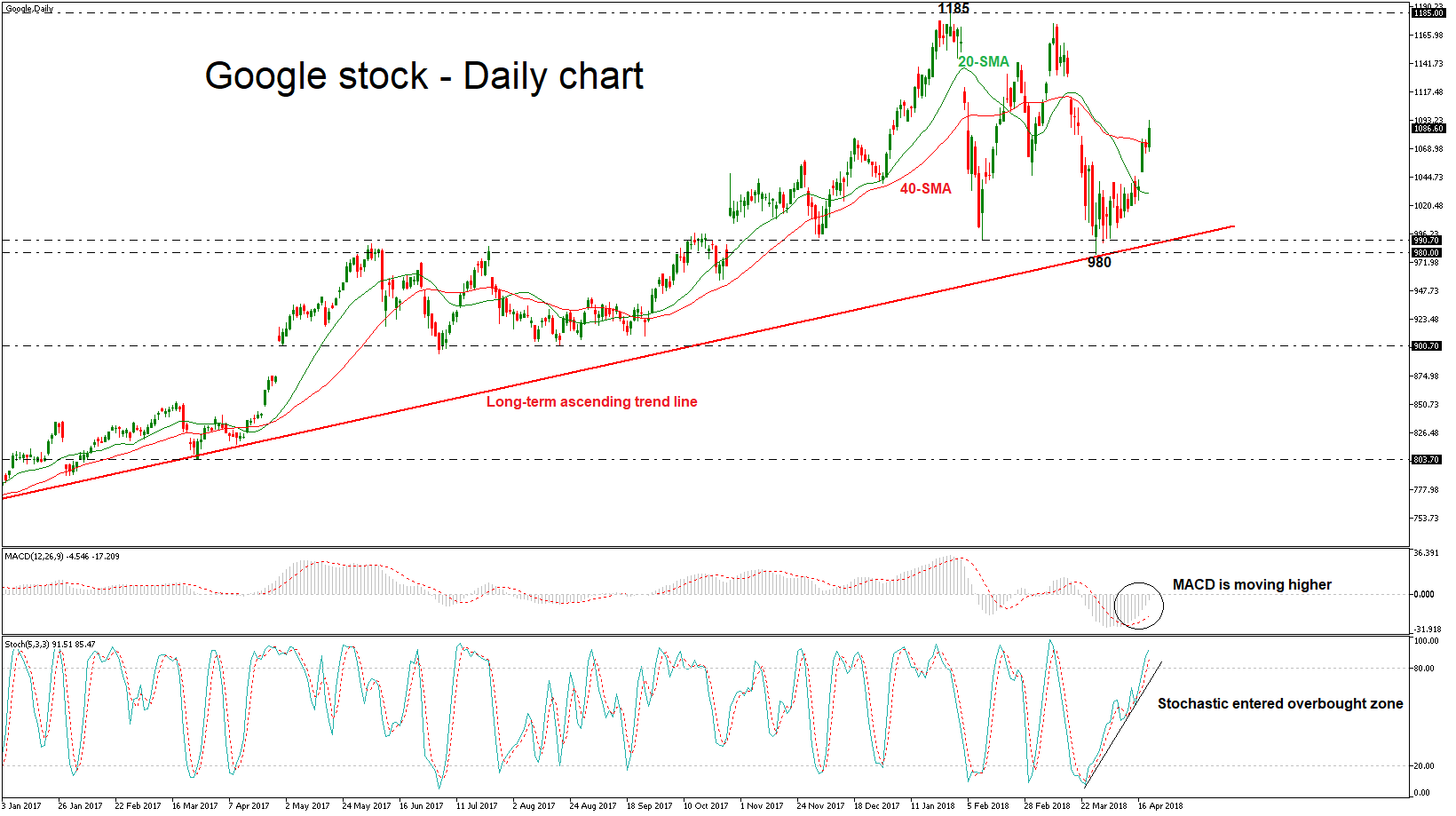