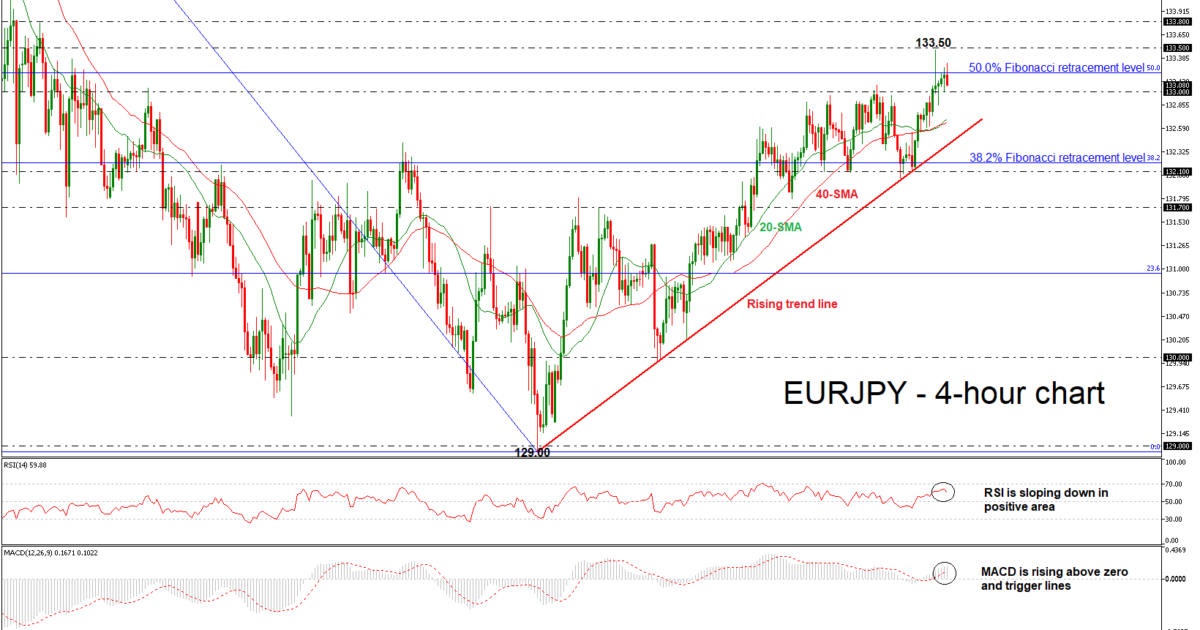 EUR/JPY retreats following the touch on two-month high near 133.50.

EUR/JPY has advanced considerably following the rebound on the 132.10 support level, which coincides with the rising trend line. The ascending movement has been holding since March 23, creating a bullish correction of the major bearish movement in medium-term. During yesterday’s session the pair recorded a new more than two-month high near 133.50, however, currently, the price is capped by the 50.0% Fibonacci retracement level of 133.20 of the down-leg from 137.50 to 129.00.

Momentum indicators are pointing to a neutral to positive bias, in the 4-hour chart, with the RSI just below the 70 level with weak momentum. However, the MACD oscillator is moving sharply higher, reinforcing the bullish structure. As a side note, the 20- and 40-simple moving averages (SMA’s) created a bullish crossover, signaling further gains.

In the event of a jump above the 50.0% Fibonacci, which is acting as major resistance, this would open the way towards the 133.50 level. A break of this level would drive the price further up until the 133.80 resistance, taken from the high on February 12.

Should prices reverse lower, immediate support could come from the moving averages around 132.70 at the time of writing before being able to re-touch the 38.2% Fibonacci mark of 132.20. A drop below this level would shift the short-term outlook to bearish as it would take the pair towards the 131.70 support hurdle. 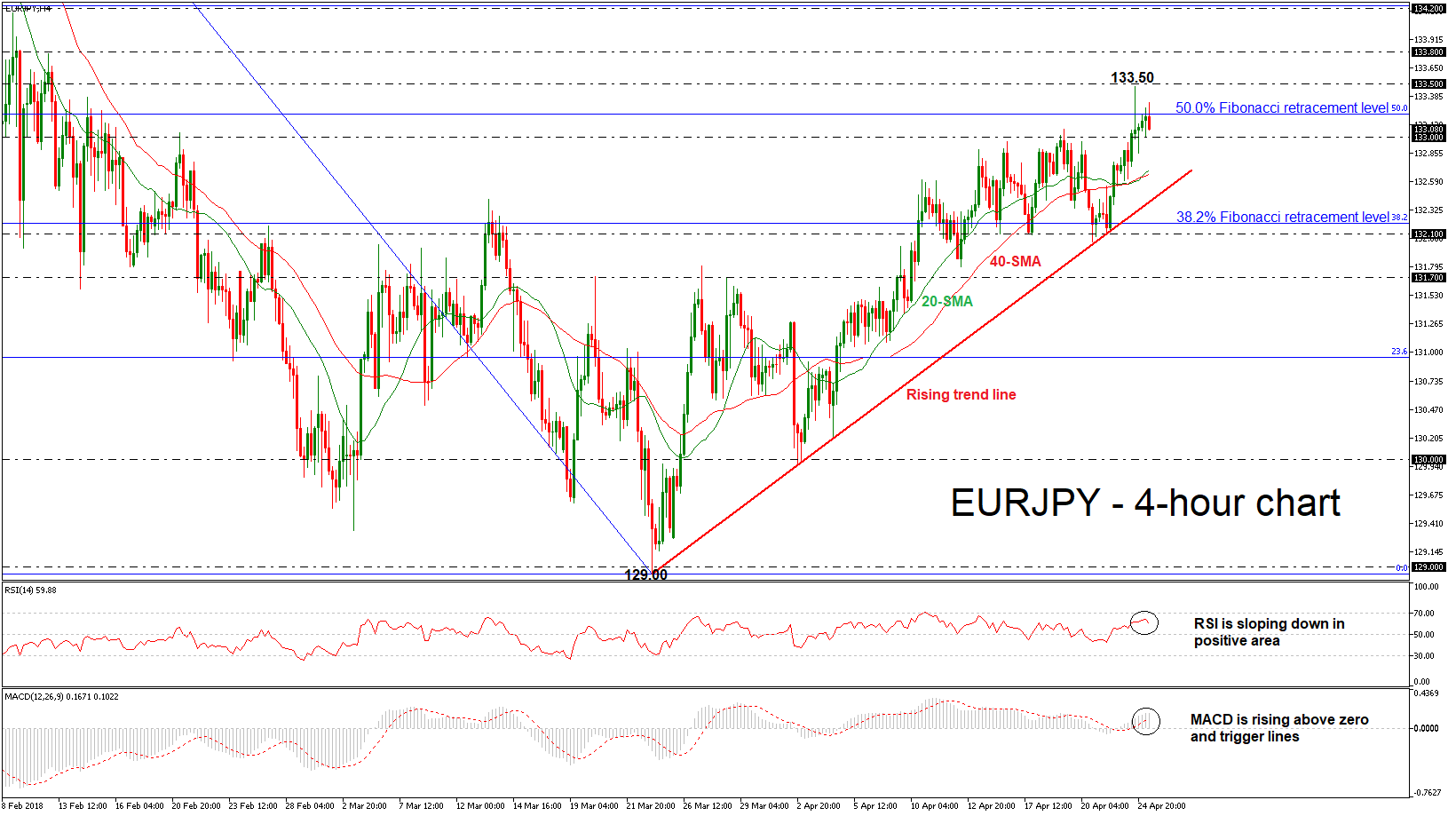 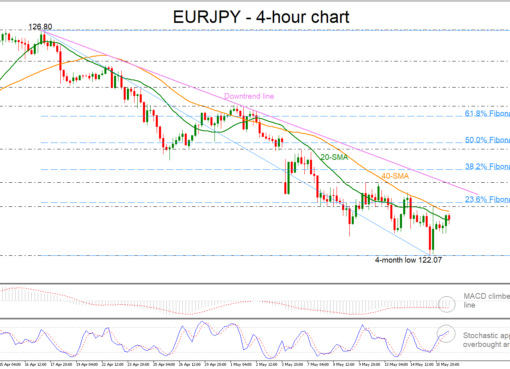 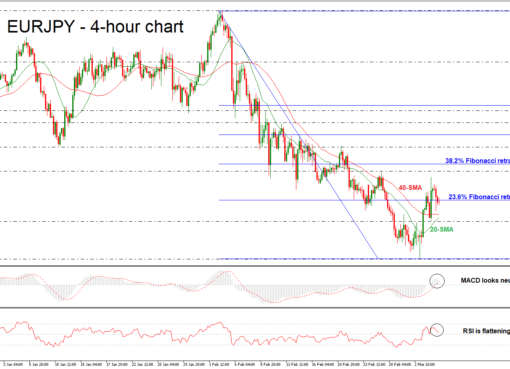 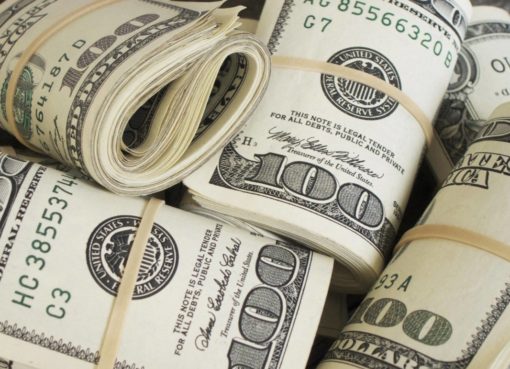