EUR/GBP hits near 11-month low; looking bearish in the medium-term.

EUR/GBP has declined considerably after recording a four-and-a-half-month high of 0.8967 in early March. Earlier in Friday’s trading, it touched 0.8627, this being its lowest since May 24 of last year, while it is currently trading not far above this trough.

The Tenkan- and Kijun-Sen lines are negatively aligned and the RSI is heading lower, both being supportive of a negative short-term momentum for the pair. However, the RSI has entered oversold territory below 30 and the Chikou Span also seems to provide evidence of an overstretched selloff; a reversal in the short-term should thus not be ruled out.

Further declines could meet support around the round figures of 0.86 and 0.85 that may hold psychological significance.

On the upside, resistance could come around the current level of the Tenkan-sen at 0.8695. The area around this includes a few bottoms from previous months as well as the 0.87 handle that may also be of psychological importance. The stronger bullish movement would turn the attention to the range around the Kijun-Sen at 0.8762.

The medium-term picture is looking mostly bearish, with trading taking place below the 50- and 100-day moving average lines, as well as below the Ichimoku cloud. Notice also that a broader range between roughly 0.87-0.90 that held since mid-September was violated to the downside.

Overall, the short-term outlook is bearish – with some signs of an oversold market though – and the medium-term picture is looking predominantly negative. 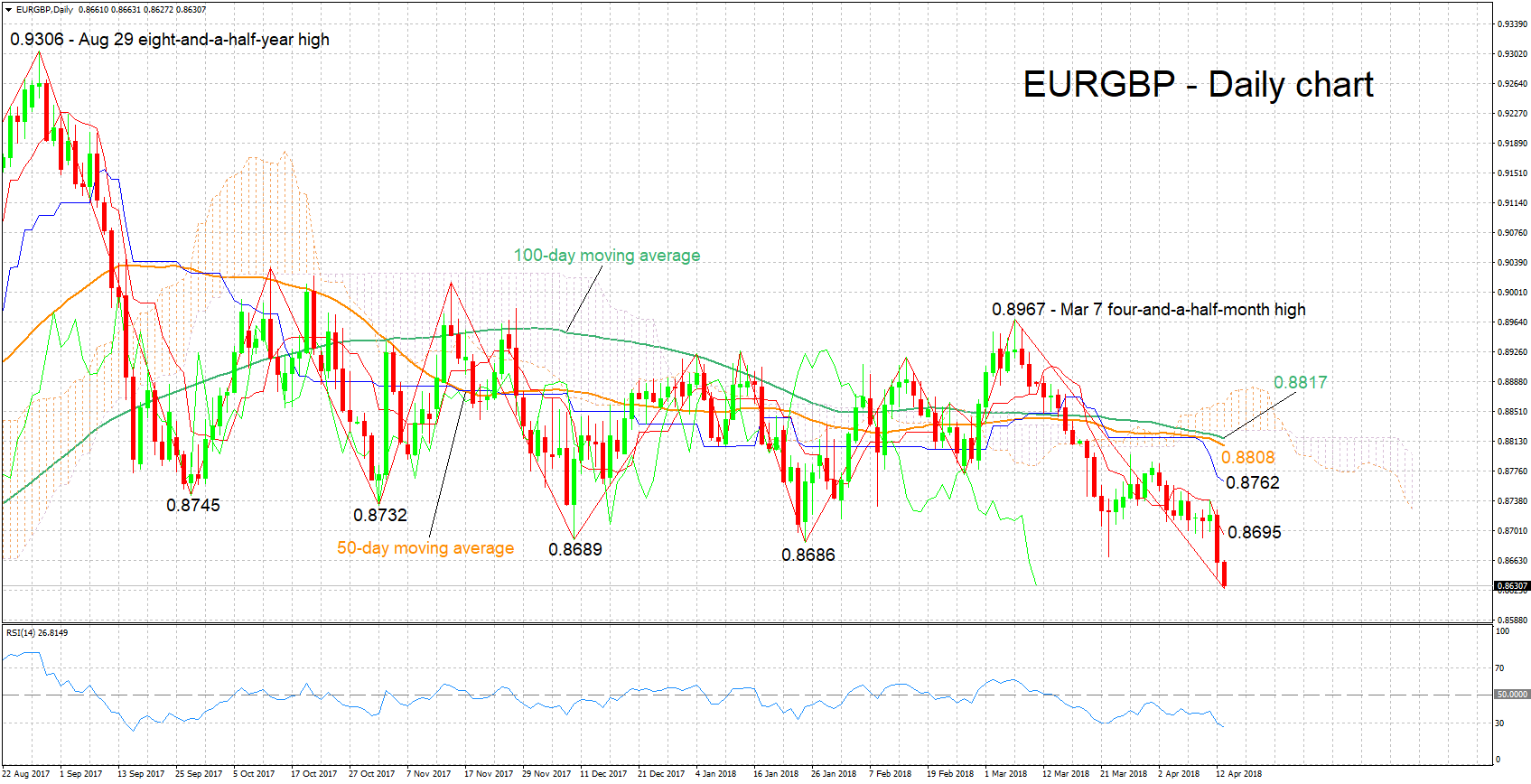