AUD/USD has reversed back up again after four bearish weekly sessions, following the strong rebound on the 38.2% Fibonacci retracement level near 0.7640 of the up-leg from the low on January 2016 (0.6820) and the high on January 2018 (0.8135). In the short-term, the pair posted an aggressive positive rally during yesterday’s session, approaching the 40-day simple moving average around 0.7765, which overlaps with the upper Bollinger Band.

In the daily timeframe, prices bounced off the latter level during today’s early European session and based on the technical indicators, momentum is weak to provide a sustained move higher. RSI is above the threshold of 50 but is pointing to the downside, while the MACD oscillator is slightly rising above its trigger line.

If price action jumps above the intraday high of 0.7768 and surpasses the aforementioned obstacles (40-day SMA and upper Bollinger Band), there is scope to test the 23.6% Fibonacci mark of 0.7826. Rising above it would see prices re-test the 0.7920 peak, taken from the high on March 14.

In case of further correction, then the focus could shift to the downside towards the 38.2% Fibonacci level around 0.7640, which holds near the medium-term ascending trend line. If this level is breached, it would increase the bearish pressure and bring about a strong reversal of the trend. From here, AUD/USD would be on the path towards the 0.7500 psychological level. 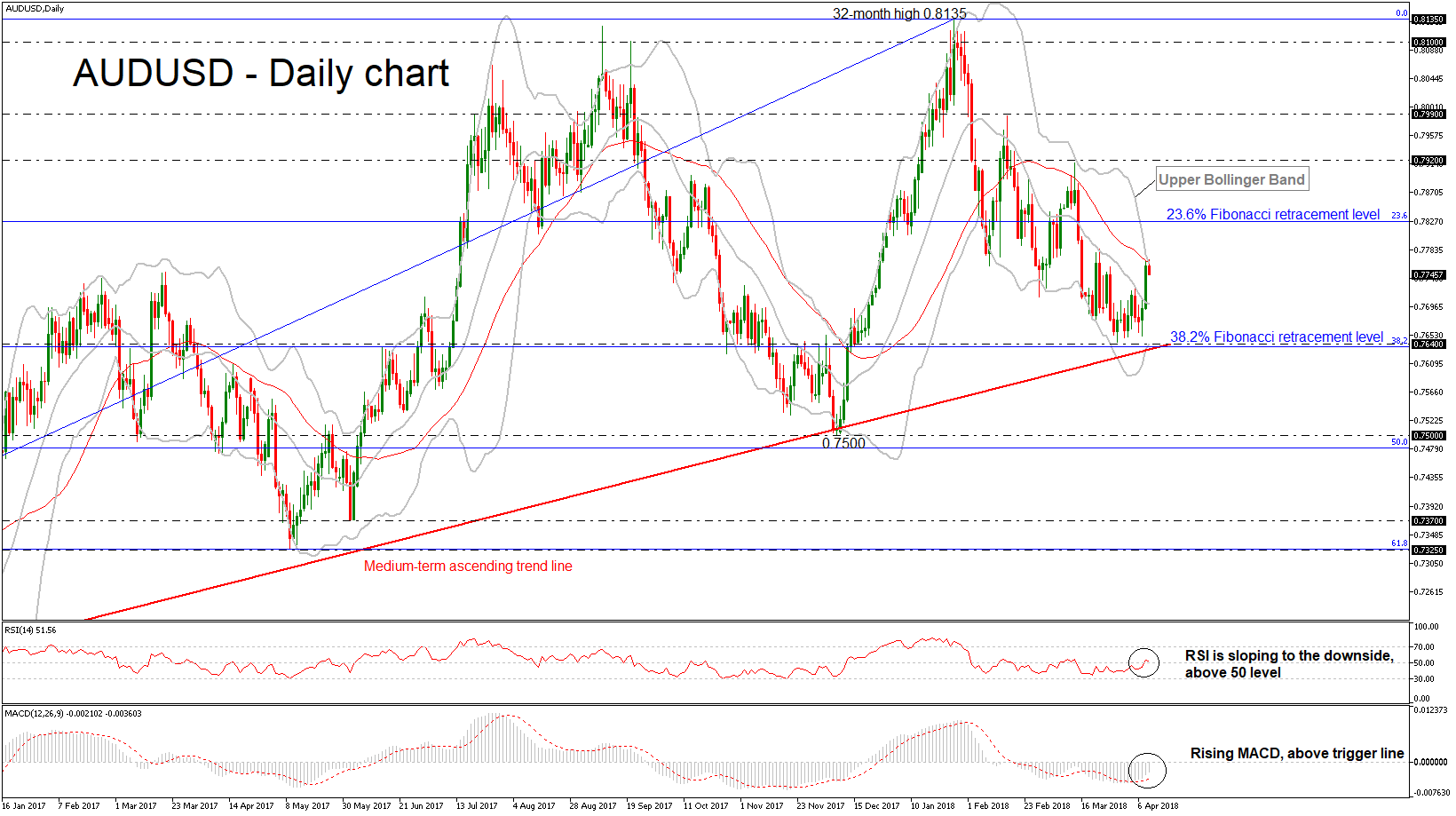