AUD/JPY has retreated a bit after reaching a five-week high of 84.06 last week. Earlier on Friday, the pair hit an eight-day low of 82.71.

The RSI has been largely moving sideways in recent days, pointing to the absence of short-term momentum in either the upside or the downside. The stochastics, however, are projecting a negative picture in the very short-term: the %K line remains below the slow %D one, with both lines heading lower.

Immediate support could be taking place near the current level of the 50-day moving average line at 82.79; the 50-day MA itself was briefly violated earlier in the day. Support to additional declines might come around the 82 round figure that may be of psychological significance, with steeper losses starting to increasingly turn the attention to the one-and-a-half-year low of 80.49 from late March.

On the upside and in case of advances, the range around the 83 handle might act as the first line of resistance, before the focus turns to last week’s five-week high of 84.06 – the area around this peak also encapsulates the 84 mark that could also hold psychological importance.

The medium-term outlook is looking mostly bearish, with the pair being in a downtrend, recording lower highs and lower lows. A bearish cross has also been in place since early March when the 50-day MA moved below the 100-day one. A decisive move above the 50-day MA though, which is where price action is taking place at the moment, would set a more neutral medium-term picture for the pair.

Overall, the short-term bias is looking mostly neutral (with bearish signals in the very short-term) and the medium-term outlook appears predominantly negative. 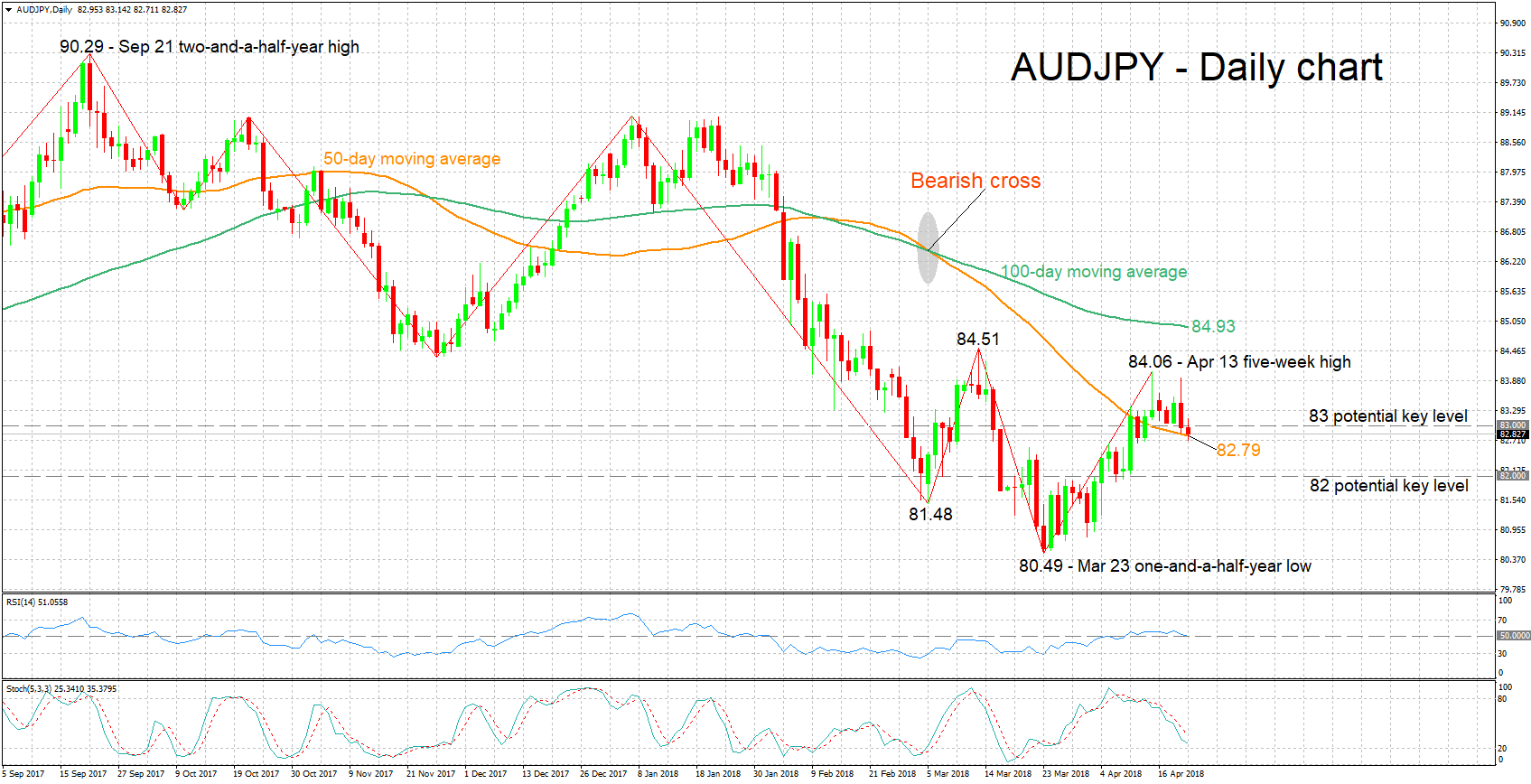