The House of Lords opposed Prime Minister Theresa May on an important legislation regarding Brexit. The Lords supported a modification to the government’s alleged European Union (Withdrawal) Bill. The modification would guarantee the majority of EU rules on political, social and economic rights will be included as part of British law after Brexit. Please note that this is the third loss in a row for May accounting only for the past week. Further uncertainty within the UK’s political stage could weaken the pound even further.

During the G7 meetings on Monday, the leading nations examined ways in order to restrict Russia’s activity on geopolitical maters on both conflicts in Syria and Ukraine. Moscow’s ties with the West are somewhat damaged and could worsen even further. US officials emphasised that its priorities also included Iran’s “harmful” regional actions and ending North Korea’s nuclear programs. U.S. Secretary of State John Sullivan stated:

“Russia should join forces with the US in Syria otherwise will be held responsible”. The unresolved dispute between the US and Russia could weaken the Ruble further.

EUR/USD also traded in a bears market yesterday breaking both the 1.2260 (R2) and the 1.2220 (R1) support levels (now turned to resistance). We could see the pair dropping even further as today’s financial data may prove to be unfavorable for the common currency. On the other hand, the greenback seems to be enjoying a positive momentum due to the rise of the US 10 year treasury yield to almost 3%. Please also note that the pair is aiming towards the 1.2175 (S1) support line which is also the lower boundary of the sideways movement it had since the 17th of January. Should the pair continue to be underselling interest we could see it breaking the 1.2175 (S1) support level and aim for the 1.2135 (S2) support barrier.  Should it find buying orders along its path we could see it breaking the 1.2220 (R1) resistance level and aim for the 1.2260 (R2) resistance hurdle.

Last but not least, today we get the API weekly crude oil stock and as for speakers, Philadelphia Fed President Harker and Bank of England Governor Mark Carney speak. 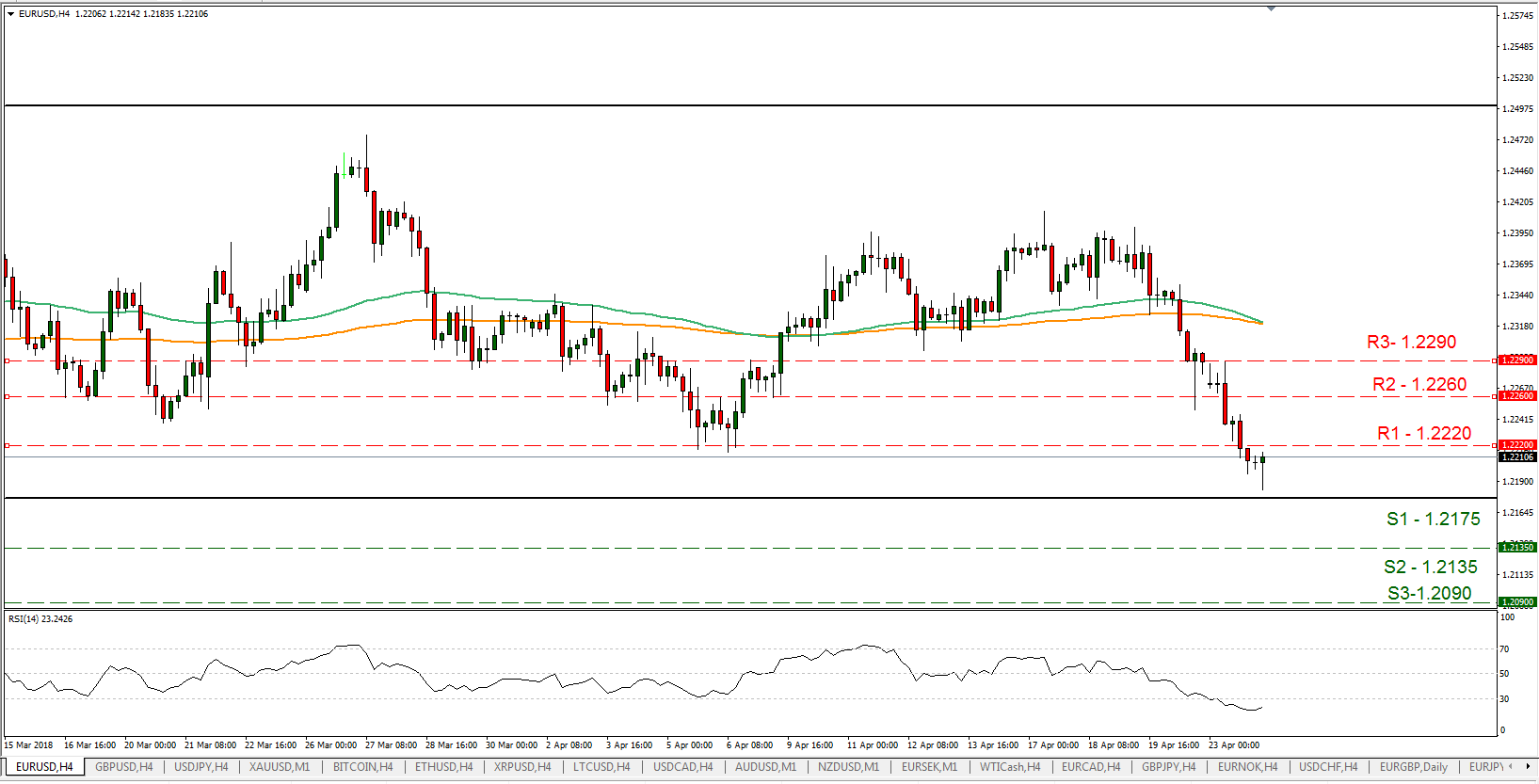