NZD/USD is edging sharply lower over the last sessions after it created a double top at the 5-month high of 0.7435 on February 16. The double top reversal is a bearish pattern indicating further losses on the price action. When looking at the bigger picture the pair lacks a clear trend since it has been developing within a narrow range of 0.7175 – 0.7435 after its rally from 0.6780 stalled at 0.7435.

In the 4-hour chart, momentum indicators are also pointing to a continuation of the bearish bias. The MACD oscillator is standing below the trigger line and near the zero line, suggesting a further downward correction. Also, the RSI indicator dropped below the 50 level and is flattening in the negative territory.

On the flip side, in the event of an upside reversal, the next level to watch is the 23.6% Fibonacci level at 0.7280. A break above this level could see a re-test of the aforementioned 5-month high obstacle. 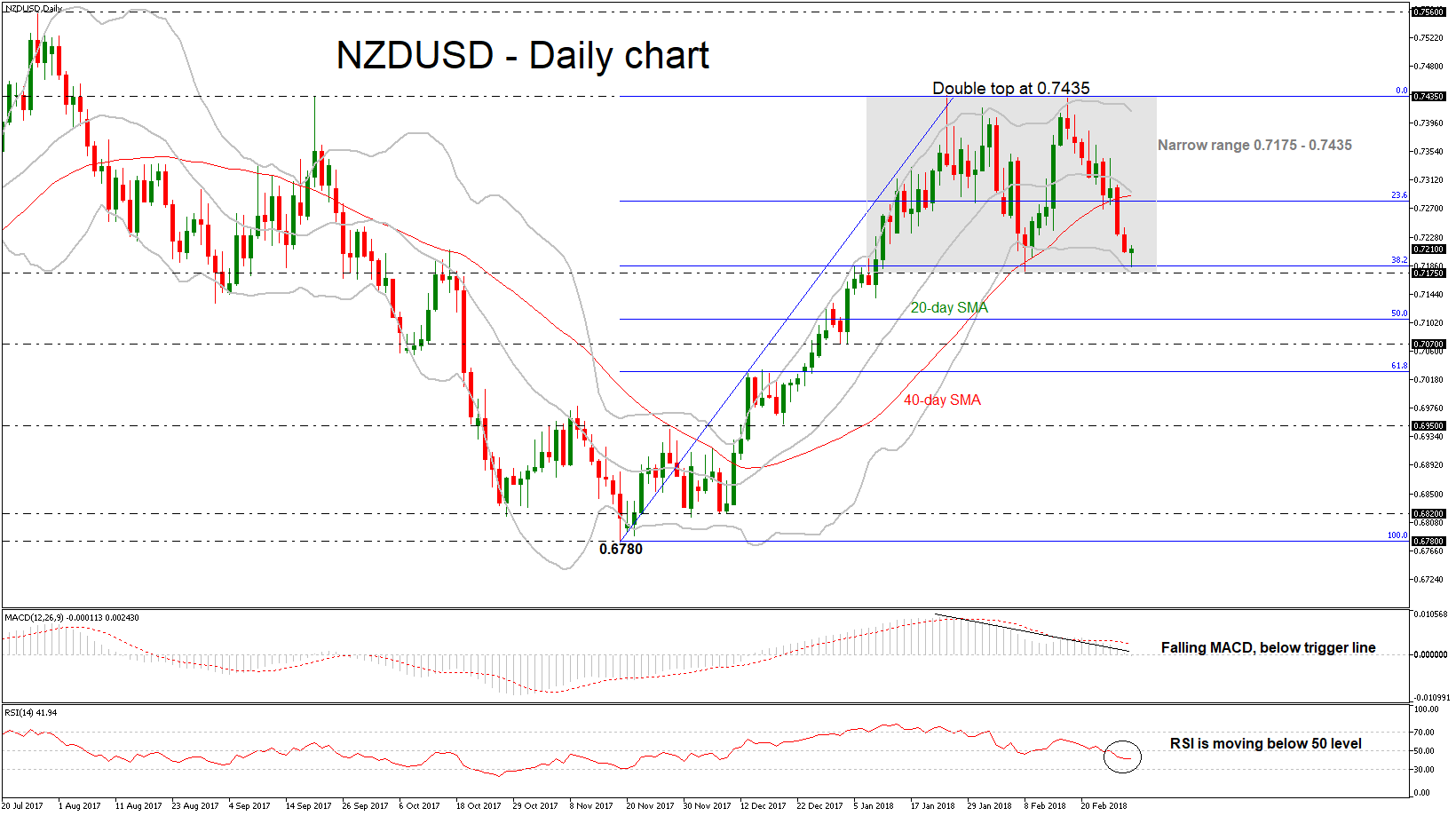