EUR/USD maintains a weak bias in near term; immediate support 1.22.

EUR/USD has been trading sideways for the last three days within the 20 and 40 simple moving averages in the daily timeframe. The price lost its strong momentum for a bearish correction below a 5-month high of 1.2554 reached last week. However, the short-term technical indicators seem to be in confusion.

From the technical point of view, the MACD oscillator is moving lower in the positive territory below its trigger line, signaling further downside potential moves. Also, the Relative Strength Index (RSI) is lacking positive momentum, remaining flat near the 50 level.

Should prices reverse lower and drop below the 40-day SMA immediate support could come at 1.2200 strong psychological level. Below that, the 1.2160 barrier is another major support. A penetration of the latter level could take the world’s most traded currency pair towards its ascending trend line, which overlaps with the 1.2080 level and the 23.6% Fibonacci retracement level of the up-leg from 1.0560 to 1.2540.

To the upside, the pair could meet the 20-day SMA before it reaches a significant resistance area within 1.2540 and 1.2570 obstacles, taken from the high in December 2014. A rally above those levels could drive the price further up, challenging the 1.2880 resistance level in the medium-term. 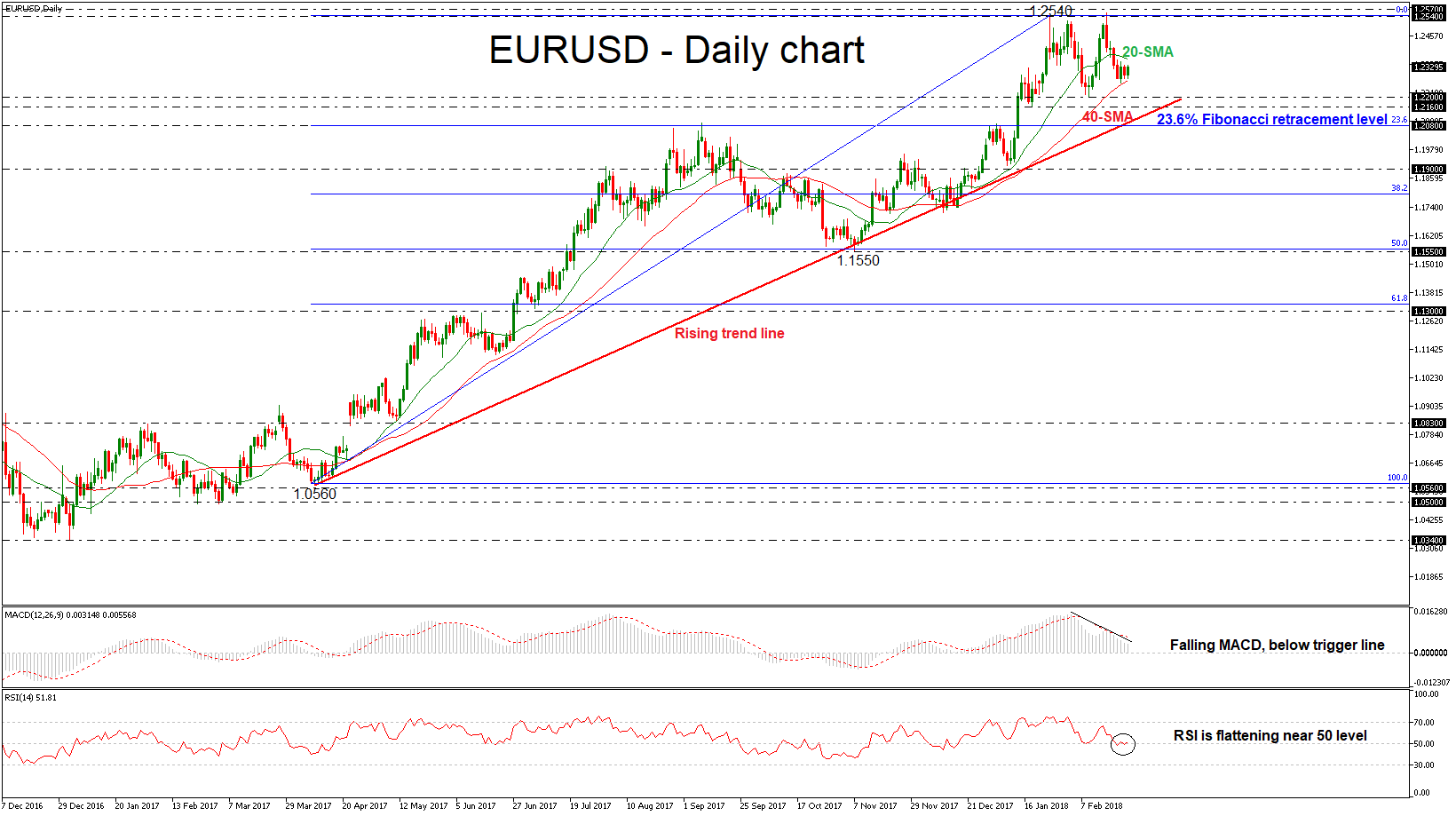