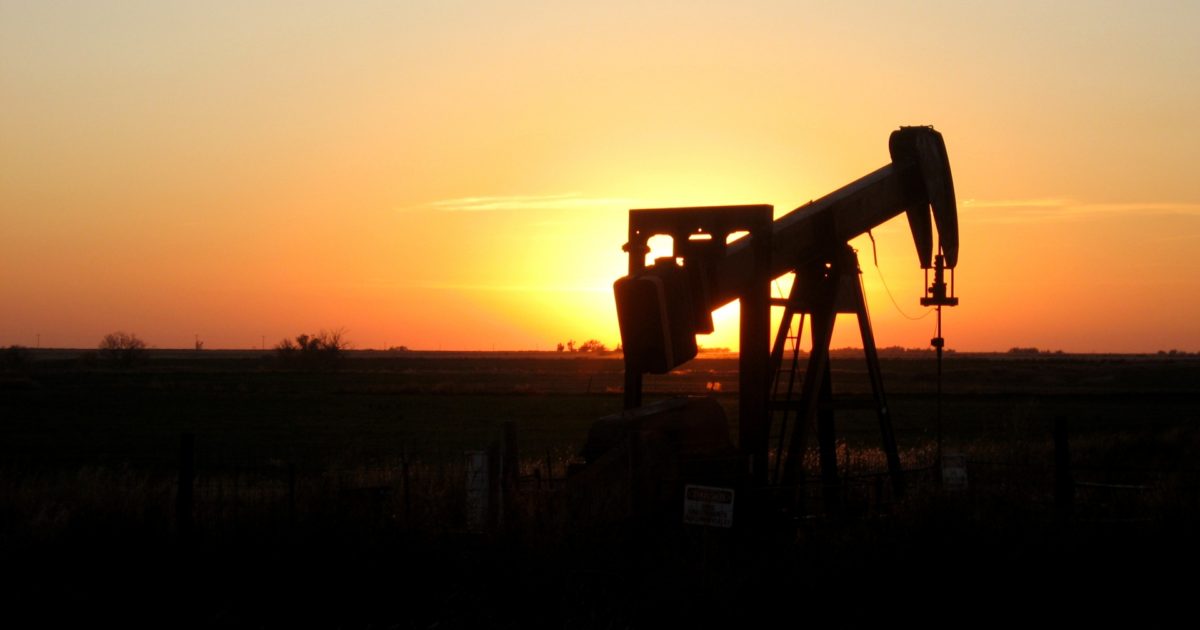 Crude oil commenced the week moving higher as a result of news regarding the industry and geopolitical news coming from the Middle East and Africa. More specifically, comments from Saudi Arabia’s Government representatives and reports of a slowdown in exports from Libya’s Mellitah oil terminal.

On Saturday, Saudi Arabia’s Oil Minister stated that oil production over the first three months of 2018 would be much lesser than the amount predetermined in the 2016 production cut agreement.

In Libya, Oilfield guards are protesting against bad working conditions. Officials are putting pressure on the countries Ministry of Defence and blaming it for the situation. However, the effect on the oil market was felt as Libya is producing around 1.1 million BPD presently. Disturbances in its production are generally perceived as a great boost towards oil prices, at the moment.

Analysts from Middle East countries were quick to comment, stating that the political situation in the country could generate ongoing volatility in production levels and consequently on oil prices, in the coming months and perhaps years.

On other news, the United States will surpass Russia to become the world’s biggest oil producer by 2019 at the latest, according to International Energy Agency (IEA). The US shale producers explosion, continue to upend global markets as last year it overtook massive oil exporter Saudi Arabia and is now heading towards the number 1 spot. Now, with Oil prices recent month’s highs, it is more than evident that Shale producers are enjoying themselves adding to supply and taking market share out of OPEC’s and Russia’s hands. This is evident, from the fact that oil rigs have increased significantly in the past 2 months with numbers indicating a strong 800 active rigs at the moment. This was also the reason Oil prices plunged at the beginning of February. However, it seems to have regained its strength and may be heading towards new highs.

It is evident that U.S. oil exports are increasing due to demand from the world’s biggest and fastest growing markets in Asia.

Oil prices on Tuesday continue to trade oscillating around the 63.50 USD per barrel (R1) Resistance level now turned into Support. However, investors’ concerns about rising U.S. oil output may offset signs of stronger demand and faith in the ability of OPEC production curbs to curtail supply.

Taking in mind last week’s downfall in oil stockpiles, traders are strongly anticipating this week’s U.S. inventories data (EIA) that will be released on Wednesday. The forecast is that U.S. Crude Oil inventories will increase to roughly 2.7 million barrels since last week, an initial Reuter’s poll showed on Monday.

The American Petroleum Institute (API) is also planned to publish its weekly data later on Tuesday, followed by the Energy Information Administration (EIA) on Wednesday. Please note that both financial indicators have a significant influence on Oil Prices.

On the demand side, the International Energy Agency (IEA) projected an expansion of around 1.4 million BPD in 2018. Demand has been the main reason Crude oil Prices have been holding up against supply. Demand has been frequently underestimated in the near past, as major Oil Consumers like China and India have been seen to increase their imports time after time.

After their recent increase, past week, oil prices seem to stabilise and trade in a sideways manner above the 63.50 (S1) support level in the past couple of days. We see the case for oil prices to have a bumpy path in the next week, however, we see the case for a slightly bullish tone due to the fundamental analysis above. Should the bulls continue to have the reins, oil prices could land near the 64.55 (R1) resistance hurdle and even break it. On the other hand, should the bears take the driver’s seat, we could see them driving the commodity’s prices south, breaking the 63.50 (S1) support line and the upward trend line incepted since the 21st of February. Should the before mentioned support line be breached, we could see the commodity’s prices aiming for the 61.50 (S2) support barrier. 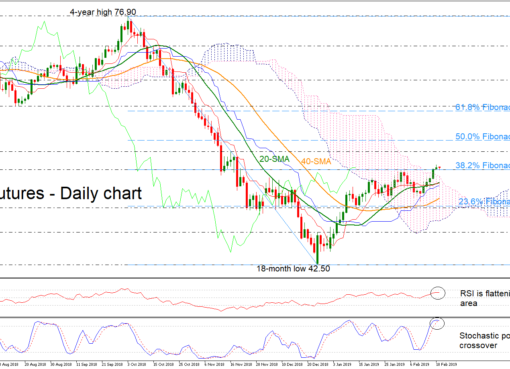 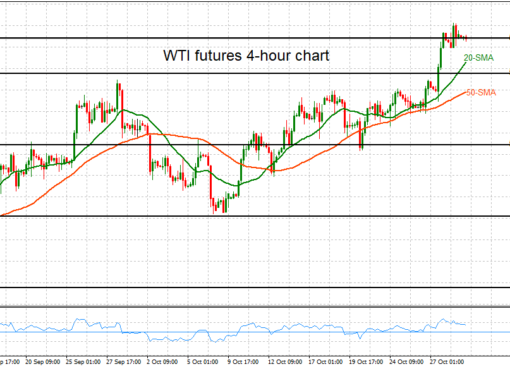 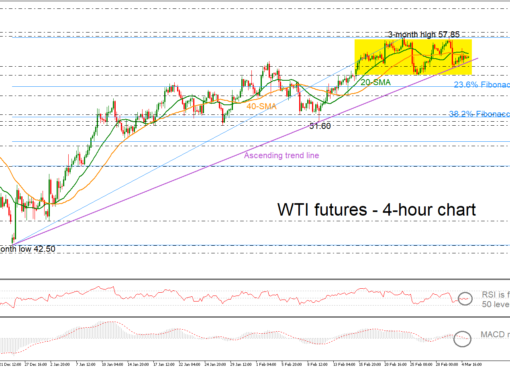