Copper future contract with delivery in March is clearly in an uptrend since December 5, where it turned increasingly bullish following the rebound on 2.9398. The price snapped the 14 winning days, recording a red session on December 28 after it hit a near 4-year high at 3.3175.

In addition, the red metal is still trading comfortably above the 3.2563 support level, however, if the bearish move extends, the aforementioned level could be the first stop. A drop below 3.2563 could drive the price towards the 3.2324 strong support barrier, which overlaps with the 50-day simple moving average as well as with the 23.6% Fibonacci retracement level of the last big up-leg with low at 2.9395 and high at 3.3175.

From the technical point of view, on the 4-hour chart, the parabolic indicator signals for bearish movement along with the momentum indicators. The RSI indicator fell below the overbought zone and is softly sloping to the downside, whilst the MACD oscillator is losing momentum as it declined below its trigger line. 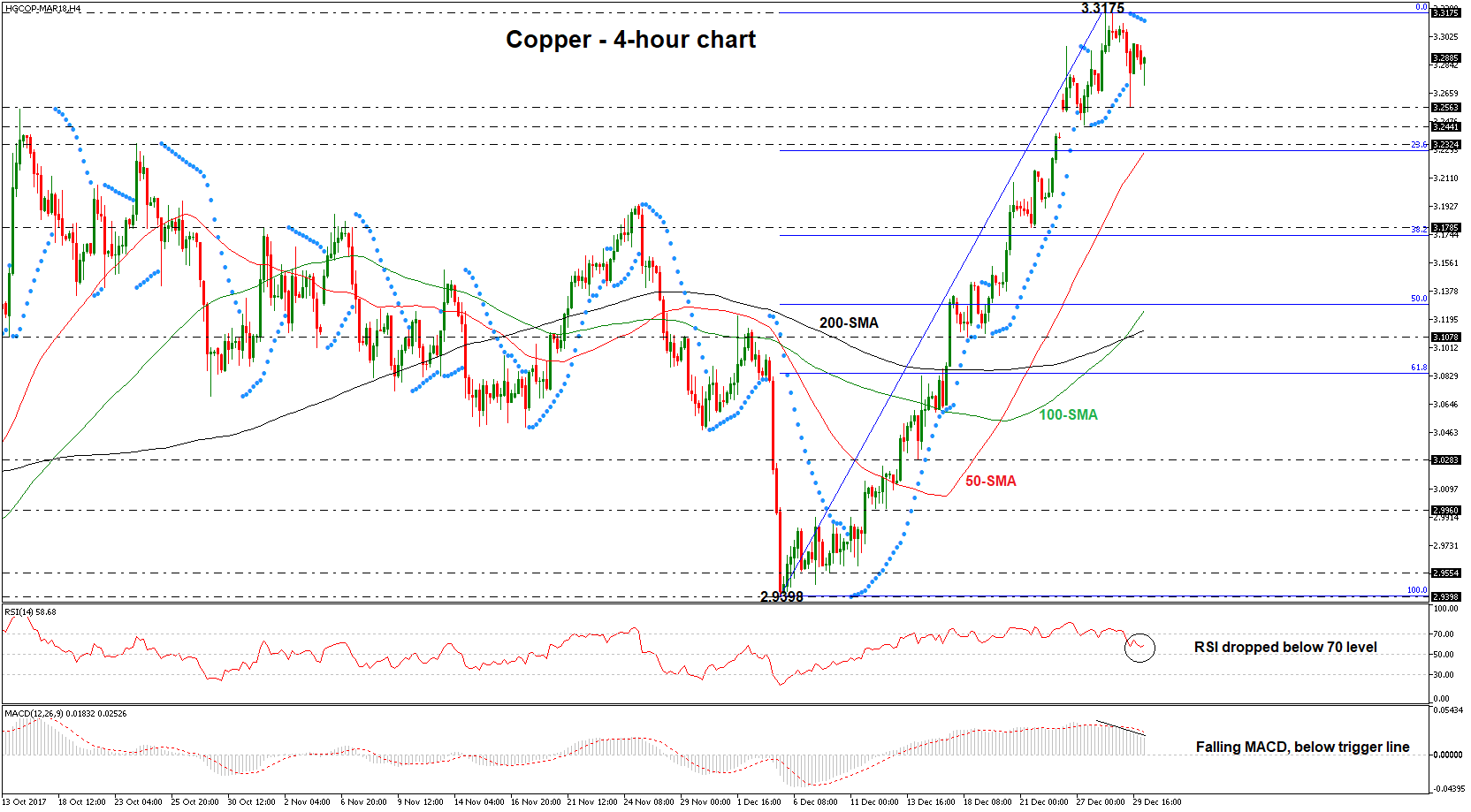 WTI oil futures trading at the highest level since over 2 years.

WTI oil futures are trading at the highest level since June 2015 after rising consistently and breaking above the key 60 mark.

Prices were trading sideways since late November between the 56 and 58 handles and a sudden surge higher on December 26 saw the market reach the key 60 level. This acted as strong resistance for a few sessions until a successful breach to rise to 60.71 earlier today. Consequently, upside momentum faded and prices started falling. The key 60 level is now expected to provide support.

Failure to hold at 60 would see prices move back into an important consolidation area between 59.50 – 60. Any move lower from this zone would likely see more sellers enter the market. Continued downside momentum would target 58.50. Breaking this support would take WTI back into its prior range (from late November to December).

Today’s downside pressure may be limited and as long as the market remains above 60, then the bullish outlook is expected to remain intact in the short term. Looking at the 4-hour chart, RSI is still in bullish territory above 50.