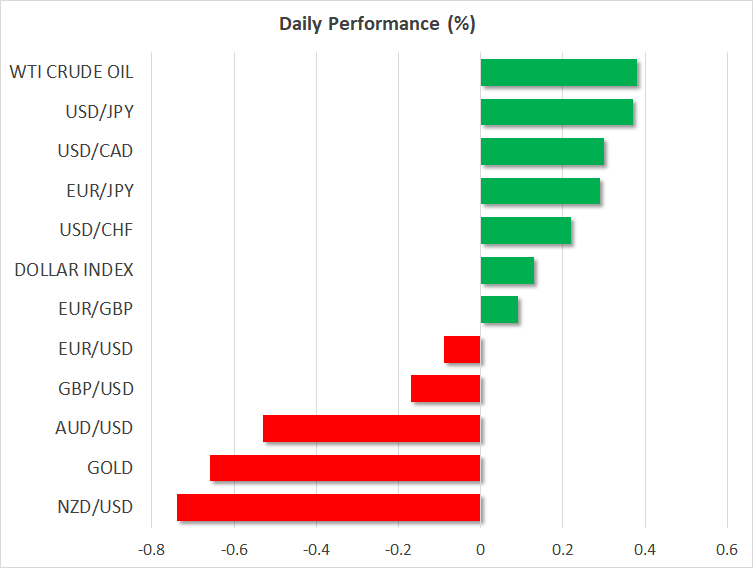 US and Canadian data will be for once again under the spotlight for the remainder of the day. But any updates on the reconciliation of the US tax bill and the settling of the government budget will likely be of most importance. In addition, investors will also weigh heavily any news on Brexit developments as the time runs out for the UK Prime Minister, Theresa May, to break the deadlock before the EU summit next week.

Initial Jobless claims out of the US at 1330GMT are expected to show that applications for unemployment benefits increased by 240,000 in the week ending December 1, slightly above the 238,000 seen in the preceding week. Besides that, investors will also keep a close eye on the 4-week average gauge that is a less volatile measure and which has been smoothly rising since the beginning of November. October’s consumer credit will attract some attention as well at 2000GMT.

In Canada, reports on the growth of building permits for the month of October will be available at 1330GMT, with analysts predicting the gauge to halve to 1.5% m/m from 3.8% in September. At 1500GMT, the Richard Ivey School of Business will publish Canadian PMI readings for December. Recall that in November, Ivey PMI hit a 1-½ year-high at 63.8.

In terms of public appearances, the ECB Chief, Mario Draghi, will participate in a press conference by the Bank of International Settlements at the European Central Bank in Frankfurt at 1600GMT.